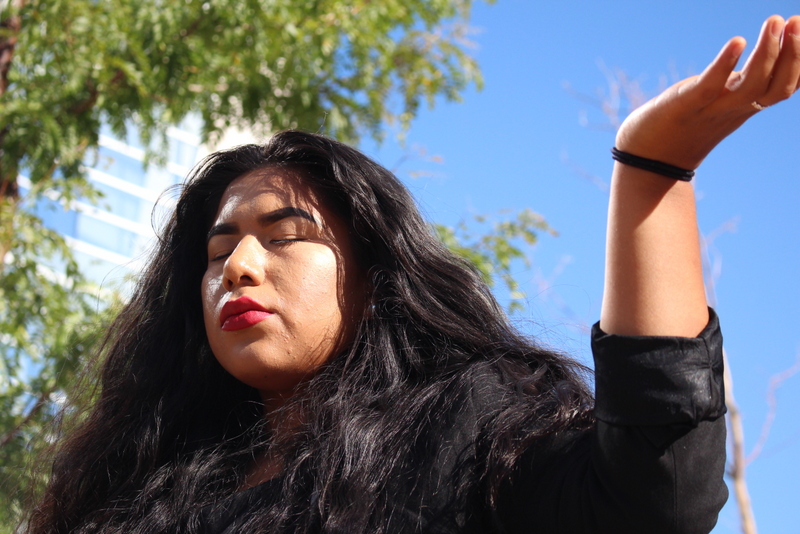 Smudging sage has been practiced for centuries before there was a Lindsey Flanagan Courthouse, on the very land before there was a Denver, yet a descendant of those who once practiced the ritual in those very locations was forced today to face charges of disobeying a lawful order.

On July 1, 2016 Josie Valadez Fraire attended a rally in protest of presidential candidate Donald Trump to send him the message that “his hatred was not welcomed here.”  At the protest she said she initiated a ceremony of smudging sage to “cleanse the area” of the negative environment that Trump was spreading.  The ancient practice has been performed by Indigenous communities using sage that is lighted.  The smoke is then spread and used to bless individuals who stand before the smoke to receive the blessing.

“Smudging sage is an Indigenous practice that has happened for generations upon generations on this very land. It is used to cleanse negative energy and bless the space. They (DPD) by handcuffing me – detaining me and crushing my sage and prohibiting me from practicing my spirituality are actively abridging upon my constitutional rights. I can practice my spirituality in whatever form I choose,” commented Josie Valdez Fraire, the day of her arrest.

Gerardo Lopez, director of Homies Unidos told supporters after the dismissal, “I am here as a concerned community member [about] the violation of the constitutional rights on Josie’s and Indigenous Peoples’ spiritual beliefs.  Josie along with others including myself was practicing her constitutional rights to speak out against Trump’s rhetoric and his hate.  In conjunction with the demonstration, Josie began an Indigenous practice that our ancestors have done for multiple years and generations which is called smudging in order to bless the space.  While Josie was conducting this sacred practice, she was approached by Denver Police Department and was told to turn off her smudge stick because the smoke was getting into the air.  For the record she was performing this ritual outside in the street.  In accordance and support of the constitutional rights, Josie did not comply to these unlawful demands.  her  sacred smudge stick was forcefully taken by the Denver Police Department.  We are here to say ‘no’ to that unlawful arrest that happened.”

Attorney for Valadez said that the large showing of supporters played a role in the immediate dismissal, “The city attorney has decided to drop all charges against Josie Valadez.  The court has come to the conclusion that her charge of failure to obey a lawful order was in fact, not a lawful order as it infringed upon her constitutional rights to free speech and freedom of religion.  These heavy-handed and aggressive tactics by the Denver Police Department to arrest and handcuff a citizen of the United States for the smudging practice as it is offensive to the Denver Police is preposterous and it is a sad excuse for the Denver Police to use unnecessary violence and aggression during a peaceful protest in the city of Denver.  There is no doubt in my mind that this large showing of supporters helped in getting these ridiculous charges dismissed against Ms. Valadez and we ask that in the future at any such time as an Indigenous person in the state of Colorado is unfairly and unconstitutionally harassed by the Denver Police Department or any other city or state institution, that you all come and show your support with that person as you did today.”

A change.org petition in support of Valadez and the “Constitutional Rights and Spiritual belief’s of our Indigenous People” was started and had about 7000 signatures as of the time of the court appearance.  It will be delivered to Denver Police Chief Robert White and Denver District Attorney Mitch Morrissey.

After the dismissal, Valadez told The Nation Report that she intends to follow with litigation in response to her detention and the violation of her Constitutional Rights. 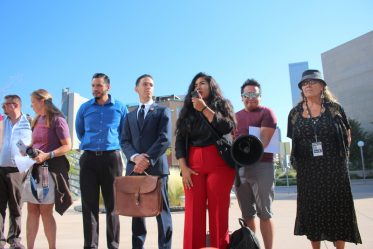 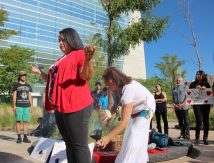 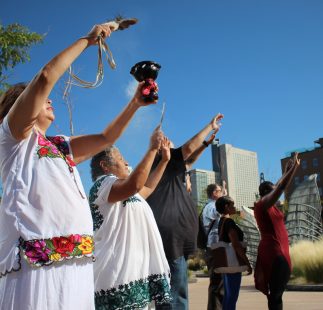 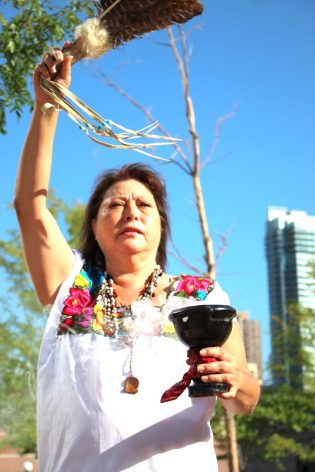 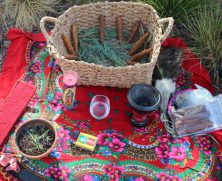 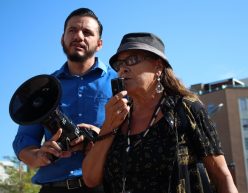 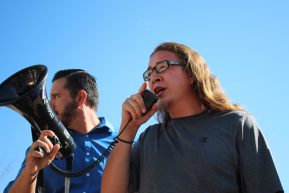 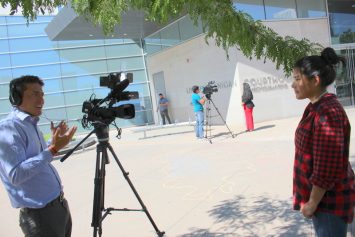 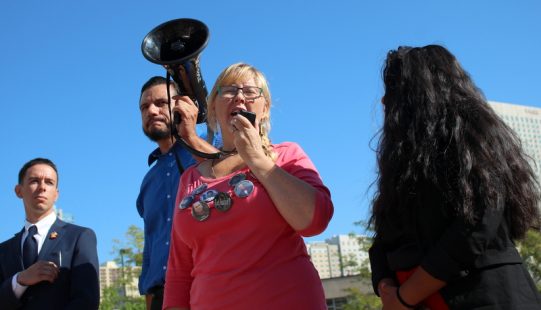