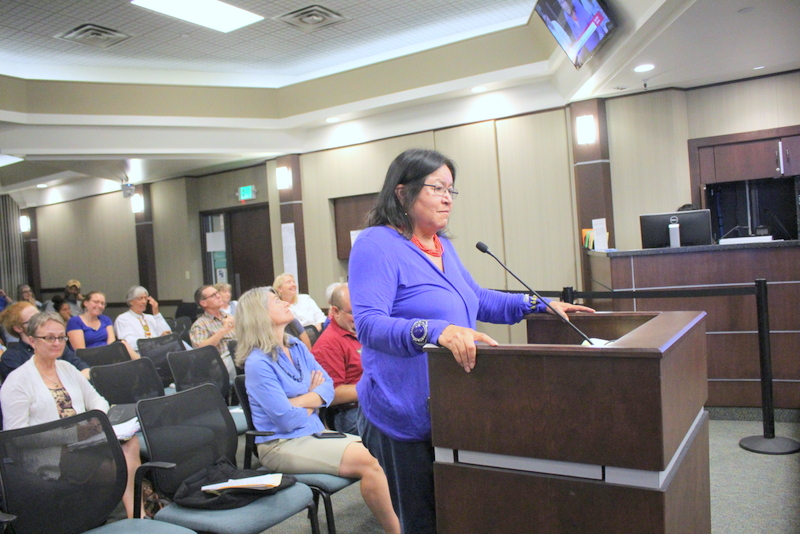 Ava Hamilton, a descendant of Chief Niwot of the Arapaho Nation who originally inhabited what is now Boulder testifies in support of the proposal. The town of Niwot is named for Chief Niwot (or Chief Left Hand following the English translation of “left hand” ).  The family continues to live in Boulder.

“This resolution will promote healing by acknowledging an often invisible local history, one that did not begin with the settlement of these lands.” 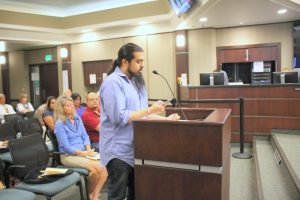 Nikhil Mankekar, a member of the city’s Human Relations Commission told the Boulder city council about the work that went into developing a resolution to adopt Indigenous Peoples’  Day.  “As a native Boulderite growing up I have witnessed so much cultural appropriation of the Indigenous Peoples and a lack of inclusion of them in process and planning of events and things that had happened in the city.”

In a unanimous decision tonight, Boulder City Council voted to adopt Indigenous Peoples’ Day making Boulder the 14th body in the nation to pass such a measure.  A similar bill was passed by Denver City Council in October following other states that have adopted Indigenous Peoples’ Day measures such as Alaska and South Dakota, and other cities such as Albuquerque, Berkeley, Minneapolis, St. Paul, and Olympia and Seattle, Washington. 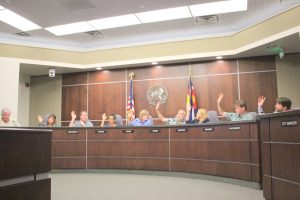 Testifying before council in support of the measure was Ava Hamilton, a descendant of Chief Niwot of the Arapaho Nation who originally inhabited what is now Boulder.  The town of Niwot is named for Chief Niwot (or Chief Left Hand in Engish).  She lives in Boulder.  “I am Arapaho.  I’m a descendant of Chief Left Hand and Chief Little Raven.  Of all of the people who lived here who are now known as the Southern Arapahos, I am a living example of what Arapaho people look like.  I’m a one person exhibit right here in Boulder.  It’s time that we use our own memories to tell who we are.  I’m in support of the recognition of this resolution to recognize Indigenous Peoples’ Day.  It is a wonderful thing to recognize that we were humans before 1492.”

The state of Colorado was approached last year about adopting a similar measure that was sponsored by state Representative Joe Salazar of Thornton.  The bill was killed in the House State, Veterans and Military Affairs Committee by a 7-2 vote in April.  To the contrary, Boulder City Council seemed eager to learn more and eager to take a vote in support of the local proposition. 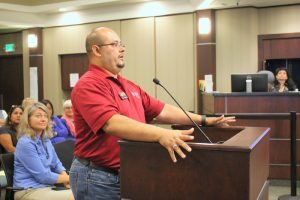 Representative Salazar returned to the city of his alma mater where he said in 1992 he lead the protest against the 500-year anniversary of the landing of Columbus, “paper I did in-depth research on Columbus and the Doctrine of Discovery and saw how the Doctrine of Discovery was brought into our case law Johnson vs M’Intosh and how we use the Doctrine of Discovery up into today including the situation in Oak Flats which is occurring with the Apache people.  The Doctrine of Discovery basically sanctioned the atrocities of indigenous peoples for the past 524 years.  And when the Doctrine of Discovery was also used as a ‘sanction’ for removing people from their land, taking land from the people, taking natural resources, mineral rights, water rights and so many other things.  How the concept of the trust guardian relationship came about in federal Indian law and how these concepts have been used to justify the heinous and oftentimes human crimes against indigenous people.  That’s why I brought HB 1135 last year to replace Columbus Day with Indigenous Peoples’ Day.  It was through that that I reaffirmed my commitment to changing Columbus Day and to honoring Indigenous Peoples.  It wasn’t just the fact that we don’t want to celebrate in our state statute a man who engaged in genocide and actually oversaw it with his soldiers.  We wouldn’t do that for any person who was engaged in such crimes against humanity.” 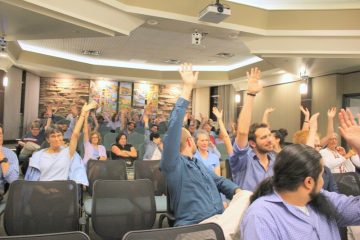