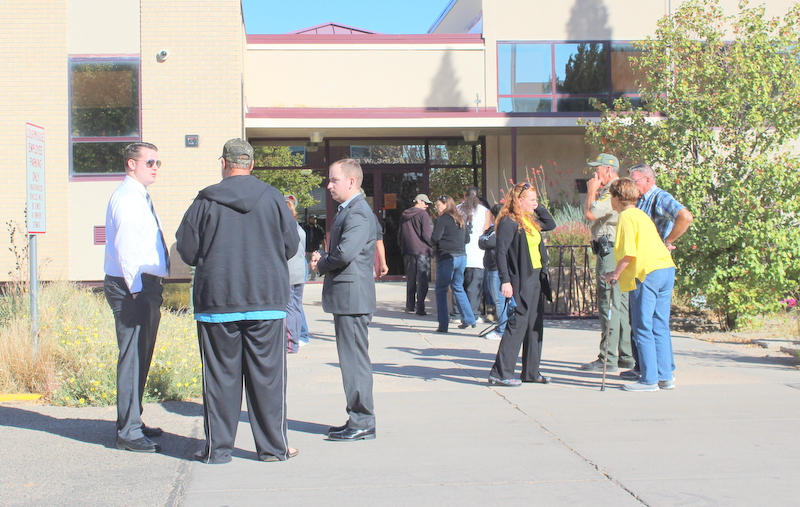 LA JUNTA, Colo-A Rocky Ford police officer who was fired after fatally shooting 27-year old Jack Jacquez in 2014 was sentenced in an Otero County courtroom on Thursday to the minimum 16-year prison sentence required by law.

James Ashby was convicted in June for second-degree murder and faced a possible sentence of 16-48 years in prison. He appeared in court shackled at the wrists, waist and feet. 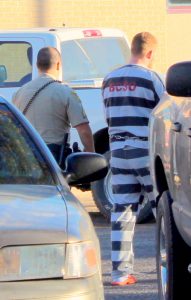 Forensic evidence presented at Ashby’s trial said that Jacquez was shot in the back after the police officer followed the victim into his own home following a traffic stop.  The victim was fatally shot in front of his mother.

Otero County District Attorney James Bullock asked District Judge Mark MacDonnell for a sentence of 36 years, but after hearing from family members of both Ashby and the victim’s family, MacDonnell ordered the minimum sentence.

Members of the Rocky Ford community in support of the Jacquez family responded outside of the courtroom in protest to the sentence, “[Ashby] did not even receive a sentence as long as Jack was alive,” but the father of the victim Jack Jacquez Sr. said that he would accept the sentence.   After the sentencing hearing Jacquez Sr. said he keeps current with other families who have lost children to police violence and that his thoughts were with these families. 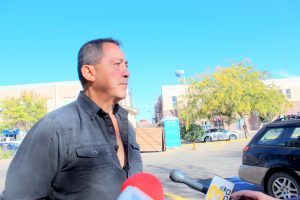 Jack Jacquez Sr. speaks to press after the sentencing about beginning his healing process.

“I have seen many, many people lost due to the violence or the overreaction of police officers including planting evidence.  I keep up with this all the time.  I feel for their families and I hope that they also get justice as we have.”

This case is thought to be the first time that a Colorado police officer has been convicted for an on-duty fatal shooting.

Last month Ashby’s attorneys attempted to win an acquittal or new trial for the former police officer, but failed and sentencing took place as scheduled.  His attorneys have indicated that they will appeal his conviction.  The family of Jack Jacquez has initiated a civil suit against Ashby and the Rocky Ford Police Department that hired him.

Ashby was remanded to the Bent County Jail until he is transported to a Colorado correctional facility.