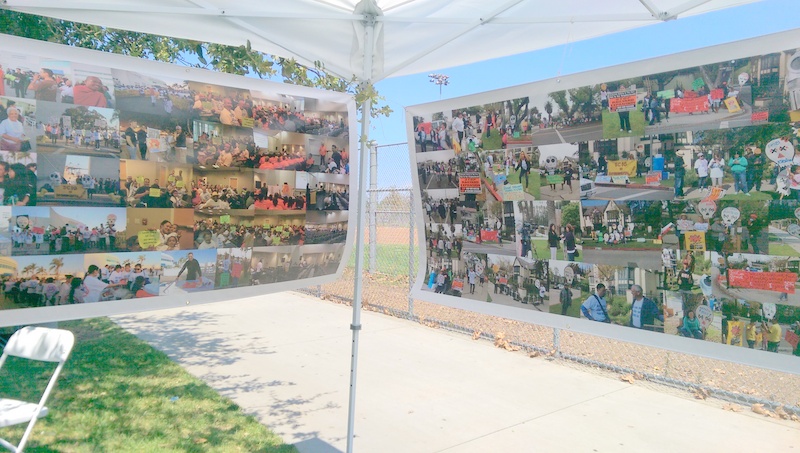 A photo history of the years of meetings and actions initiated by the communities who would be impacted by a proposed rail yard in Long Beach, California. (photo: The Nation Report)

LONG BEACH-Long Beach resident John Cross said that in 2005 he received an anonymous phone call that informed him that another rail facility was in the planning to be located next to his community.  In addition to a Union Pacific rail yard, another one was in the works by Burlington Northern Santa Fe Railroad (BNSF) owned by railroad magnate Warren Buffet.  After asking around and then speaking to a city council person and local media, he discovered that no one he asked was aware of the plan.  A week later, a council member called him back to confirm about a proposal to the Los Angeles Harbor Commission for a rail yard.

Cross went on to say that soon after, someone identifying himself as “Lou” who claimed to be a representative from Burlington Northern called him asking how he found out about the proposed rail yard because the proposal was “classified information.”  Despite Cross’ pressing, the caller would not say how he obtained Cross’ unlisted number, and instead continued with, “It’s classified information.  It’s not supposed to be out in the public.  How did you get it?”

“The judge ruled that the agencies violated the law, that they violated the California Environmental Quality Act (CEQA) and in their environmental analysis of SCIG,”  Ramya Sivasubrananian is an attorney with the National Resources Defense Council (NRDC) and represented the communities in their battle,  “But I know that that’s no surprise to all of you because you all are the ones who have been speaking out against SCIG for more than a decade-the cumulative effects of SCIG on the community which we all know is already overburdened with pollution.  Well the judge agreed.  He found that their environmental analysis failed to consider the cumulative impacts of SCIG when you combine it with ICTF [Railroad] which is right nearby. And he also said that they didn’t have enough evidence to ignore the impacts from the combined operations at SCIG and at Hobart Yard up the [Interstate] 710.  You all were concerned about truck traffic.  The judge agreed with that too.  He said that the environmental analysis did not have the evidence to say the state would have what the port said was no truck traffic.  You were all concerned about SCIG’s impact on air quality.  And again the judge agreed with you.  He said that the EIR  [of] the air impacts were insufficient.”

Communities from West Long Beach, Wilmington, and Carson and others met at Hudson Park in Long Beach to celebrate but also to acknowledge the work ahead of them calling their recent successes “the first leg” of the battle.  In a media advisory, the groups said that they were also there to “build a rallying cry to secure the win for the long term, even as BNSF and the City appeal the community’s legal victory.”

Evelyn Knight is a local grandmother and great-grandmother who said that she and her family have experienced the impacts of living near the pollution from the rail yards, “During that ten years, the people were engaged in many meetings in expressing their deep concern, things that the existing pollution was doing to their families, their children with the asthma.  I myself experienced my own great niece attending Hudson School passing out at the school with an asthma attack and the nurse had to call the ambulance to take her to the hospital.  The nurse expressed at that time that many children were suffering over at Hudson School due to the devastating effects of the air quality and many of the children were not able to even play on the playground on certain days because of the extreme devastation of what was going on in the existing climate of the pollution coming from the oil refineries, the freeways, from the trucks.”

She also shared her experience of attending meetings with the entities who wanted to build the rail yard, “At many of the meetings they were so upset and so abusive and so disrespectful to the mothers, to the fathers, and the people as they went to the meetings.  It was impossible for them to want to understand and deal with what they were doing to our community.”

About twelve people who had been fighting the proposed rail yard traveled to Omaha, Nebraska to approach and petition owner Warren Buffet at a shareholder’s annual meeting, “He did nothing but try to tell us that he was not interested in listening to anybody telling him how to run his rail yard.  That is not what we were trying to do.  We were trying to tell him not to kill us and destroy our lives in Long Beach and he was not responsive.  After that we had no choice but to petition the court and that’s really what we are here celebrating, that we had a wonderful victory in the courts.”

“They have three choices.”

Jan Victor Andasan is a community member who has worked to fight for clean air and joined in Saturday’s celebration.  Following the judges ruling he explained the three options that the city of Los Angeles, the Port of Los Angeles, and BNSF have following the judges ruling, “Because the judge sided with the ruling of CEQA, they can either scrap the entire project.  If they build the project, we don’t think it should be built right next to a high school, a K-3 school, a park.  They can build it farther away from the community.  And because they’re saying it’s going to be the greenest facility, but even if it is the greenest facility, it’s still going to bring pollution no matter how little or how small. We think the rail yard should be built far away from our residential area.  Or they can do the entire CEQA [requirements] which is to do all the community outreach and educate about how they’re going to mitigate all of the pollution and address all of the pollution not just when it comes to Long Beach, Wilmington, and Carson which is where the actual facility would be built but also their Hobart rail yard which is their sister rail yard in the northern part of [Los Angeles].  They’d have to address how they’re going to mitigate the pollution and basically address all the communities’ concerns.”

Andasan criticized media outlets that have centered on and credited the victory to the city of Long Beach.  “We are thankful for other media because we knew the communities would never get the credit for the work they put in.  It’s important to know that this is a celebration of decades worth of work and the time and meetings that people put in.  Other media has had very little community voices.  They don’t recognize the real people that took on the responsibility and task of saying that this is my responsibility and I’m going to do something about it.” 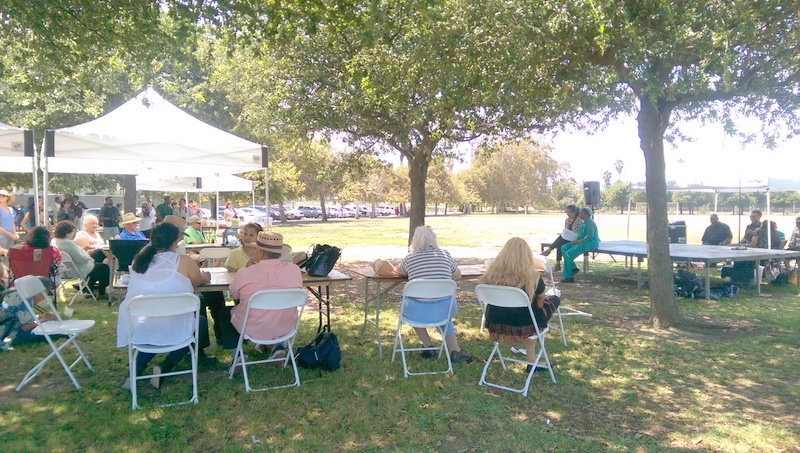 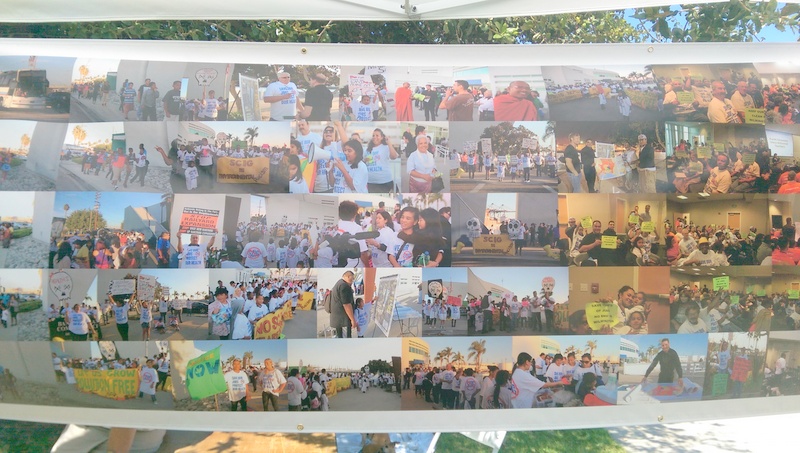