Years of the Denver community working toward civilian oversight of law enforcement began to show results when the Denver City Council’s Governance and Charter Review Committee voted unanimously today on first reading of a charter amendment that could go to voters in November.

Establishing the Office of the Independent Monitor (OIM) permanently into the city charter would safeguard the office’s existence from being erased or threatened by the current mayor or any future mayor.  As it stands now, the mayor has the authority to dissolve the office with much more ease than it was created, leading some groups to take various different steps to protect the office.

The OIM was created in 2004 following the 2003 officer-involved shooting of 15-year old Paul Childs, a developmentally disabled teen whose mother had called police for help.  A community frustrated with officers who were cleared by their colleagues in the Bureau of Internal Affairs was the impetus behind community groups holding meetings after the shooting to finally have the office created the next year.  But the ongoing officer-involved shootings and the huge city payouts-about $10 million in 2014-have kept community groups meeting with each other and then putting pressure on city council for further protections of the office.

During public comment period, Alex Landau who himself is a survivor of a brutal beating by three Denver police officers in 2009 and won a settlement, told the council committee, “We are concerned that should this not go through that that would be a threat to law enforcement accountability. In 2013 as this has existed as an ordinance, the office was in jeopardy of being removed, and that’s because its is an ordinance.  So we are asking that we codify this office and make it stronger and more substantive by moving it into the charter so that our current mayor or future mayors moving forward will not being able to do so without pubic input and input from city council.   We feel this is something we can look forward to as a step in the right direction around law enforcement accountability at large, and a great way to begin to repair some of the damages that have been bestowed upon our community at the hands of our law enforcement.” 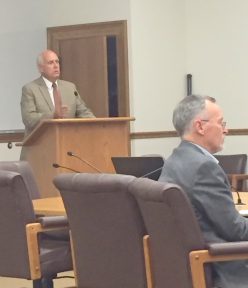 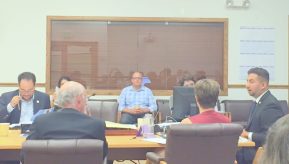