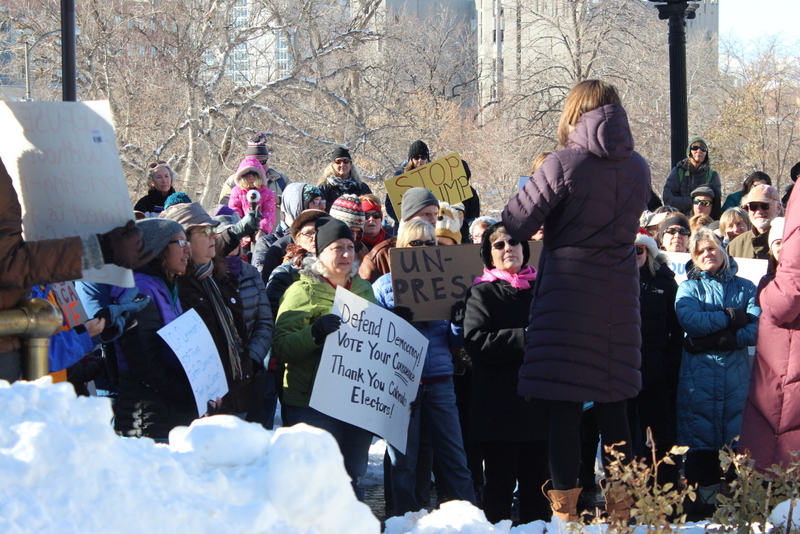 Hillary Clinton won all electoral votes in Colorado after a contentious process that saw last minute attempts to force additional commitments on electors, to removing one elector who refused to vote for Clinton.

What started as a couple of hundred, grew to hundreds who came to Colorado’s State Capitol to witness the vote of its electors.  Some wanted to persuade electors to “vote their conscious” which meant anything from voting for any Republican other than President-Elect Donald Trump, to voting for someone other than Hillary to encourage electors from other states to vote against Trump.  Others came to support the vote for Clinton.

In a pre-electoral election demonstration outside of the Capitol speakers encouraged each other to stay engaged and informed, “This is a big day.  Just remember all the little days.  Stay mad.  Don’t accept this.  This is not normal.”

Several young people were in the crowd and Jake from Boulder said, “As I’m sure you guys can tell, I’m a child.  I don’t know a ton about America’s political system, but one of the things that I do know is that America was a place founded on freedom.  I don’t want to have to live in a world where we wake up every morning fearing those freedoms being taken away.”  He vowed that he would stay active to prevent what he fears from happening.

JoElyn Newcomb said that she canvassed for Clinton in Canyon City where the Ku Klux Klan was born.  “I talked to people and they were darned scared to vote, and nobody had a ‘Hillary’ sign up.”

Seventeen-year old Molly from Longmont said that she worked over 60 hours a week to register voters.  I heard so many times, ‘Why does it matter?’  Why does it matter?  Because I cannot vote.  Because so many people don’t have a voice.  And if you have the opportunity to have your voice heard, have it heard!”

Elector Micheal Baca of Congressional District 1 and Co-founder of the Hamilton Electors, a group that formed to encourage other electors to choose an alternative Republican to Trump, said that he wanted to to debate as an electoral college body,  “I’d like to show the Secretary of State Wayne Williams that we the people are here standing up, that he cannot intimidate electors.  I wanted unification around this,  the deliberation phase, that did not necessarily happen.  We have put out strong words in support of different Republican candidates that would be much more judicious in handling the office of the presidency than Donald Trump, and I do believe I’m acting in the best interest of my constituents.”

Inside the Capitol, the nine Colorado electors waited while last minute legal maneuvers took place.   Secretary of State Wayne Williams distributed an already contested oath to electors that required of each to vote for the person who won the popular vote, or give up their elector privileges.  Electors Polly Baca, Micheal Baca, and Robert Nemanich protested and Polly Baca challenged the constitutionality of the document, “This is the third time that I’ve been an elector.  I have never had to sign an oath like this.  I think it’s a violation of my personal responsibility.  I will sign the oath because I want to vote, but it is under duress because I don’t believe this oath is constitutional.  I think it’s unconscionable that I have to do this.”

Elector Micheal Baca agreed, “I concur with Polly Baca and Robert Nemanich’s statement as well.  I will sign the statement, but I do believe it’s unconstitutional.”

Denver District Court Judge Elizabeth Starrs was called by telephone when attorneys representing the dissenting electors challenged the new oath.  Starrs however, ruled in favor of the Secretary of State’s move to administer a new oath but added that challengers to the oath would have until January 19 to do so.

All signed and entered the West Foyer of the Capitol to a cheering crowd that numbered in the hundreds.  Micheal Baca defied the oath and voted for Ohio Governor John Kasich.  Willams removed Baca as an elector, and Baca’s legal representation Jason Wesoky attempted to challenge the removal followed by a prompt interruption by Williams who removed Wesoky from the speaker’s podium.

Wesoky stepped away from the podium and used his voice to yell, “Pursuant to the 10th Circuit’s order an attempt by the Secretary after voting has begun, which it has, is unlikely in light of the text of the 12th Amendment, therefore as Mr. Baca’s counsel, we would request that the Secretary not remove Mr. Baca and that the Secretary lacks the authority to do so under the Constitution of the United States.”

Williams continued by taking nominations for an alternate.  Six electors voted for alternate Celeste Landry who subsequently voted for Clinton.  Many in the crowd applauded Landry’s vote, but several booed and repeatedly yelled for Williams to resign while drowning out Willams’ reading of the results and his remarks. The crowd yelled, “Stand up for the people!” “Resign Secretary Williams!”  “Resign now!”  Michael Baca also yelled to Williams, “Go ‘head and threaten us!” 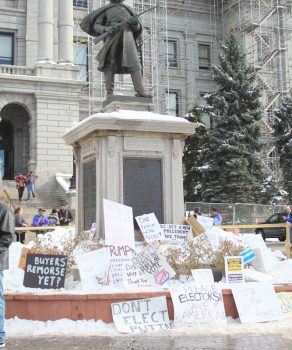 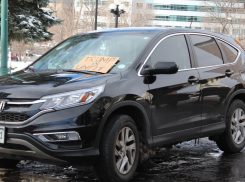 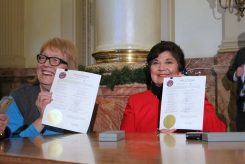 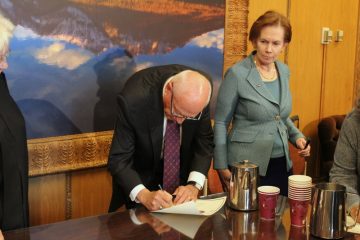 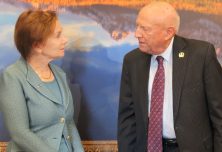 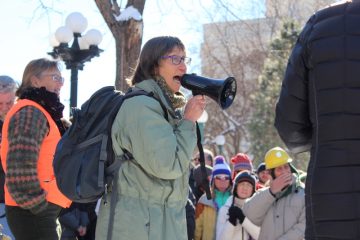 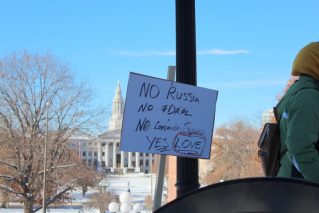 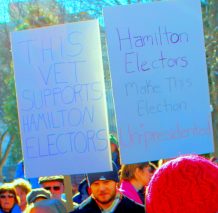 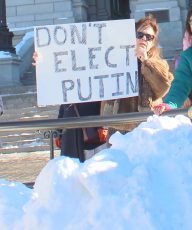 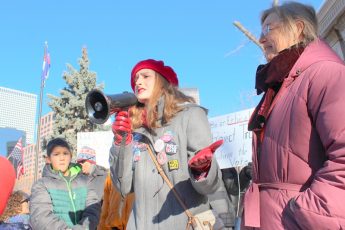 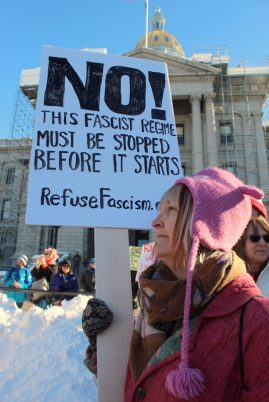 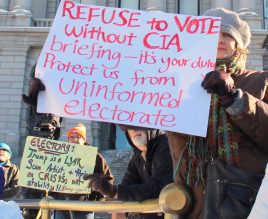 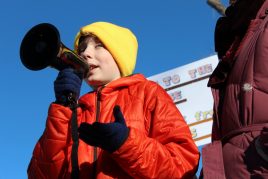 Editor’s note:  The Nation Report holds a policy of interviewing minors only with parental permission and will publish only first names of those whose parent(s) has given permission.