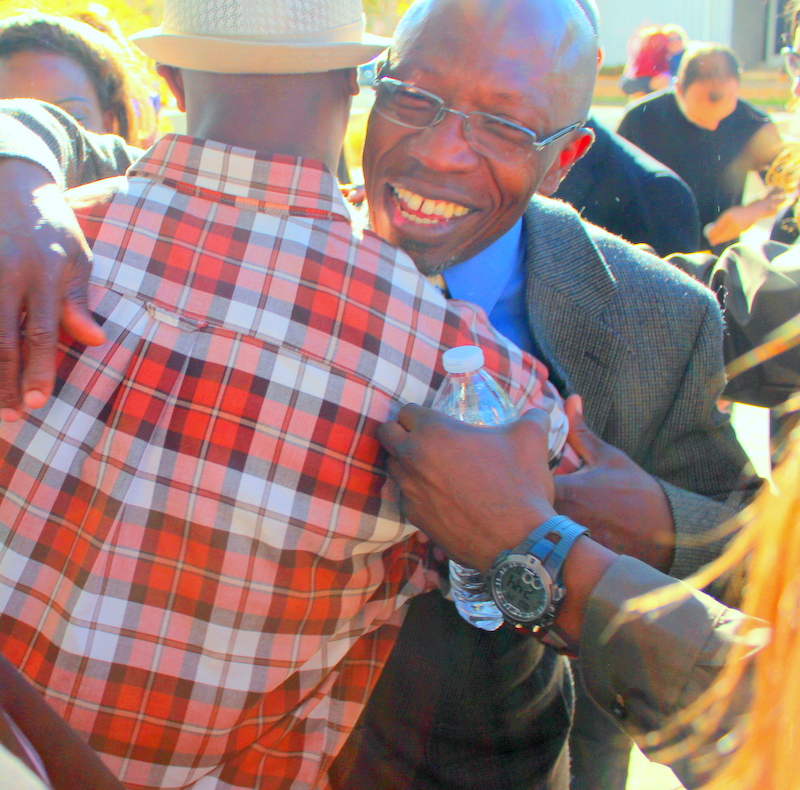 Clarence Moses-EL hugs his son Anthony after the verdict. Moses-EL was teaching his young son to ride a bike when he was arrested in 1987 for a crime he didn’t commit. (photos: The Nation Report)

Moses-EL was charged with first-degree sexual assault, second-degree assault, and second degree burglary and convicted in 1988.  He has been in prison since despite fighting the conviction and never backing down from his claim of innocence.  But the jury wasn’t allowed to hear anything that happened after the 1988 conviction except from a transcript reenactment of the 2015 testimony from LC Jackson, the man who confessed that he had beaten the victim.  Jackson retracted his confession twice, once to the prosecutor Bonnie Benedetti, and Jeffry Carroll, a former police officer now criminal investigator for the District Attorney’s Office who reportedly told Jackson that he was Moses-EL’s arresting officer.  Carroll though only admitted to telling LC Jackson that he “handled him.”  The other retraction was months ago to Jackson’s now wife who confronted him about news stories she was seeing about his confession.  On the second day of the trial, Jackson then told District Judge Candance Gerdes that he wouldn’t incriminate himself by going on the stand again and she ordered him held in the Denver jail until the end of the trial in case he changed his mind.

The jury that went into deliberation late Thursday and continued this morning, took just four hours to decide that the evidence did not point to Moses-EL.  Some jurors looked directly at Moses-EL across the courtroom and one seemed to withhold smiling at him.  When the verdicts were read, not guilty on all counts, some courtroom observers burst into tears, one sank his head into his lap, others breathed an audible sigh of relief, and others withheld their reactions in accordance with strict instructions from the judge.  But upon taking one step beyond the courtroom doors, screams could be heard and the hugging, smiling, and tears of joy began. 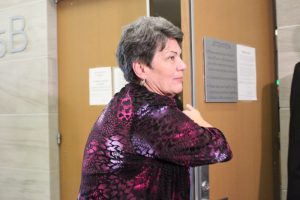 Prosecutor Bonnie Benedetti exits the courtroom after the reading of the verdict.

Within an hour of the verdict, prosecuting attorney Bonnie Benedetti released a statement: “I am proud to work in an office that believes and stands by the victim, and in which investigative resources were provided that enabled us to challenge the credibility of the so-called confession by LC Jackson.”   She added, “It was the right thing to allow a jury – not public opinion – to make the decision in this case.”

Immediately after, the statement drew criticism from the public, “It’s like it re-criminalizes him all over again. Say you f–d up, you’re sorry and accept the jury’s verdict.”  Others criticized the DA’s office neglecting to see Moses-EL and his family as victims who had nothing to do with the crime.  Yet others said that the jury was public opinion.  And it was the public who paid for the retrial after heavy public criticism towards the DA’s office for insisting on the retrial.  And it’s the public who will pay for attempting to compensate Moses-EL for the years stolen from him by faults of the Denver Police Department and the District Attorney’s Office itself if Moses-EL proceeds with a civil suit.

Yet Moses-EL said he held no ill will for anyone responsible for his hell, including towards the victim who identified him as the attacker, “I forgave her a long time ago.  I’m not holding no grudge against her.   All I ever wanted from the very beginning was for the truth to come out.  I didn’t  have no negative feelings toward the victim, the prosecution, the court itself.  Even in all the years that I appealed, I’m not going to say I wasn’t never disappointed at some of the rulings because I was.  That’s human nature.  But I never became angry, disgusted where I wanted to demean the decision.”

Dave Anderson, a Denver resident who observed some of the trial responded to the verdict in tears, “I’m so happy.  I just don’t know what to say.  I just hope that the information that the jurors had to find him not guilty, I would like to see them receive the rest of the information that the judge withheld and then really know how sincere their verdict was and how justified they were in that verdict because they didn’t have all the information.  The DA [Mitch] Morrissey, and this judge [Kandace Gerdes], and that prosecutor [Bonnie Benedetti] withheld so much information, and yet [the jury] came back and said ‘not guilty.’  And had they had that information, they wouldn’t have been [deliberating] five minutes.”

Nancy Peters, a writer for Get Loud Magazine observed every day of the trial and said she would have been stunned had the verdict been different.  She also raised the issue of the withheld evidence, “There was absolutely every reasonable doubt that existed about his guilt.  There was no question that he was not guilty, even though the jury didn’t know all kinds of facts that they should have known.  Even with the little bit that was there, there was absolutely every reason to acquit him.  But I was just afraid, and I think we were all afraid because of this system, because of the DA’s office, and all the tricks they’ve played, and the way the judge seemed to be stacked on the prosecution’s side.  You just get nervous anyway because you see things happen even though it isn’t justice.  But today this piece was justice.”

Despite all this, Moses-EL said that he never gave up the prospect of proving his innocence, “You really don’t know how much freedom really means until it’s just taken away and especially when it’s taken away for something that you didn’t do and you fight day in and day out.  Sometimes I didn’t go to the yard, I didn’t do a whole lot of things because I stayed focused on my case.  I was always burning the midnight oil studying and reading.  I said, ‘I got to get back in court.  I got to prove my innocence.'”

“I walked by that fence [in the prison yard] and I said, ‘I’m looking at freedom man.’  It meant so much.  Don’t take life for granted cause anything can happen and I’m a living example of that.  I never thought that I could be in prison a day in my life for something I didn’t do.”

Many agree that current District Attorney Mitch Morrissey leaves a “legacy of shame” about how he handled this case especially compared to his handling of police excessive force cases.  District Attorney Elect Beth McCann can expect a visit from the Moses-EL team and will probably meet Moses-EL herself after stating publicly during her campaign that she would not have retried him.  Defense attorney Gail Johnson confirmed, “We look forward to having a constructive dialogue with the new District Attorney Beth McCann to make sure that what happened to Mr. Moses-EL never happens to anyone else.”

Before Moses-EL left to be with his family and supporters he also asserted, “There needs to be some new laws on the books that safeguard people from being subject to a false allegation with no backup.  We have a good legal system.  Sometimes people get caught up and I was one who got caught up.” 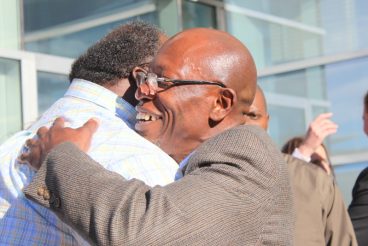 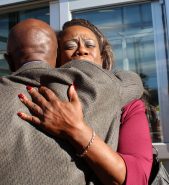 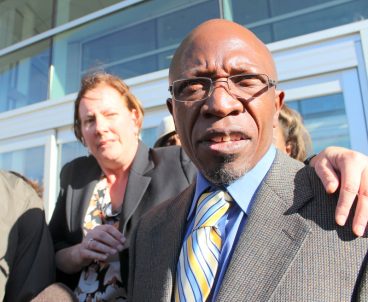 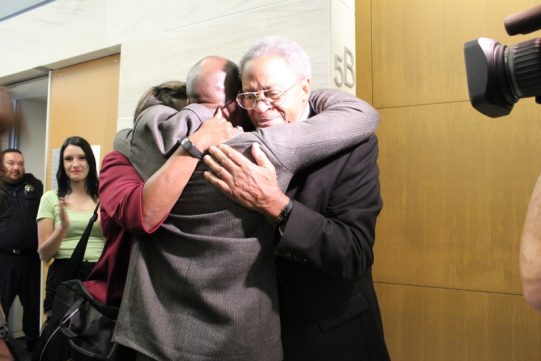