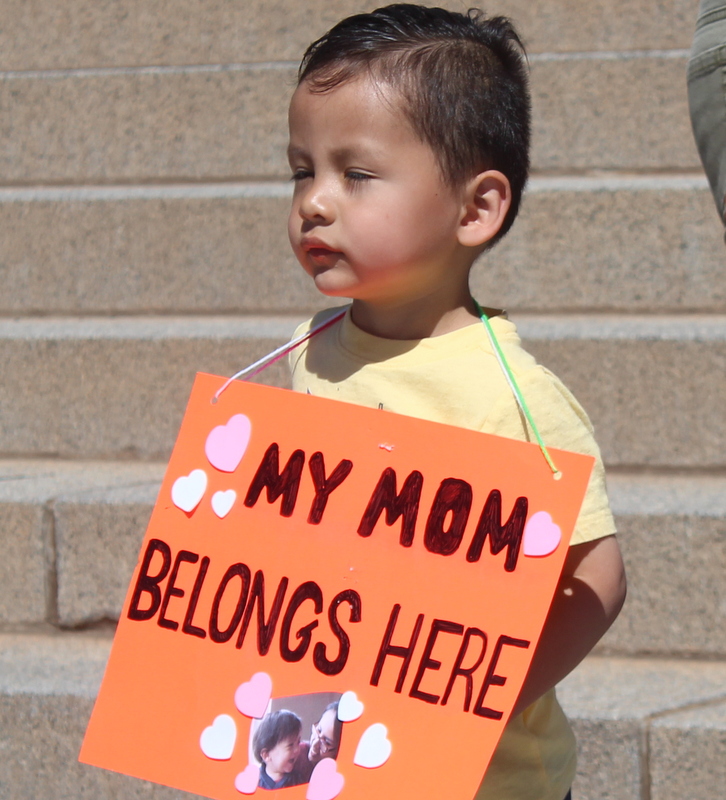 Days before Mother’s Day the children of those who have claimed sanctuary in Colorado spoke outside of the Colorado Capitol on Tuesday to say that they want their mothers home.

Jointly their mothers have created what they have called “The People’s Resolution” that calls on Colorado lawmakers and Colorado Governor Hickenlooper to endorse steps that seeks to raise the issue of family unity and humanity.  The call also is for lawmakers to address the most harmful impacts of current immigration policies.

One of those other mothers is Encalada Latorre originally from Peru, who was ordered to be deported after several judicial attempts, and a pardon request to Governor Hickenlooper which all failed.  She took sanctuary in Fort Collins in October 2017, but moved to Unitarian Universalist Church of Boulder two months later to be closer to her family and friends.

Those who support those in sanctuary and a path toward “fair” immigration laws entered into the Capitol on Tuesday to persuade lawmakers to especially address issues of civil rights and upholding the Constitution’s requirement for a judicial warrant before receiving information about an individual or before detaining a person, equal access to the justice system, especially on the part of Immigration and Customs Enforcement.

The event was also organized by the American Friends Service Committee of Colorado. 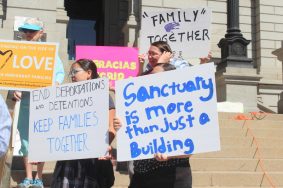 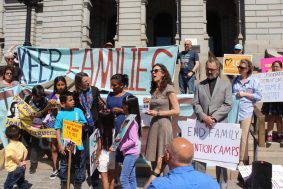 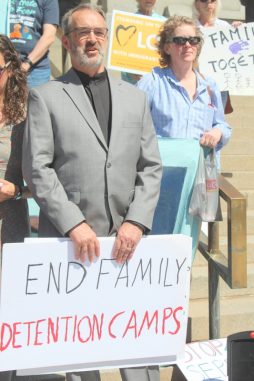 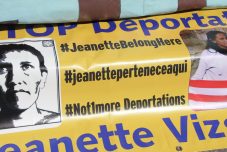