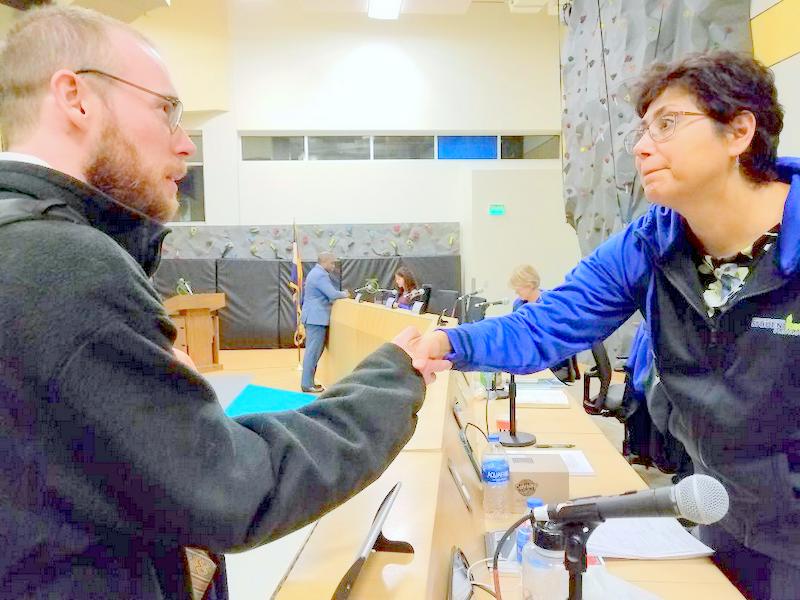 Lisa Flores, member of the Board of Education of Denver Public Schools read a Resolution adopted at Thursday’s school board meeting that will prohibit field trips to the surrounding area of the once nuclear weapons plant located about 20 miles northwest of Denver.

Flores apologized to those who appeared to testify before the board for the third time she said, for not having offered the resolution earlier.   After the vote Flores told the group that she herself was personally aware of the ongoing dangers at the site since she was a teenager, when she was one of the hundreds who were arrested protesting at the site to close it down.

Of concern to the community who once worked to close Rocky Flats in the 1980s is the residual contamination that is known to surround the plant.

Judy Danielson, a retired physical therapist and former organizer with the American Friends Service Committee, a peace and justice organization, warned DPS on Thursday of the hazards that compelled her to appeal to the board, “There were frequent fires at the plant over years of deep secrecy, with the public always assured they were safe, but the large fire in 1957 that burned through the protective filters, sending radioactive nuclides throughout the metro area, and the major 1969 fire finally alerted the public to its mission.  Many other releases of radioactive materials into air, ground and water occurred over the years.”

Danielson explained how she would only consider that field trips to the area would possibly be safe in 500,000 years, “Plutonium has a half life of 24,000 years, meaning that half the PU particles will have decayed and 1/2 still remain radioactive after 24,000 years.”  It is believed among those who research radioactivity, that the remaining particles would take the remaining half-million years to deactivate.

Although the board communicated that to its knowledge, there have not been requests for a field trip to the area by a DPS school, the urgency to the public is the US Fish and Wildlife agency’s plans to open the surrounding area this summer to the public in the form of a visitors center and recreation area with biking and hiking trails.  A public relations campaign is in the works by USFW to draw visitors to the area.  The move has outraged those most familiar with what once happened before most on most school members sitting on school boards were born, so it has been a major campaign of the Rocky Mountain Peace and Justice Center to educate the public.

If the campaign is unable to prevent the opening of the recreation area, members of the metro community would like to see at least warning signs for the benefit of those who approach the site. 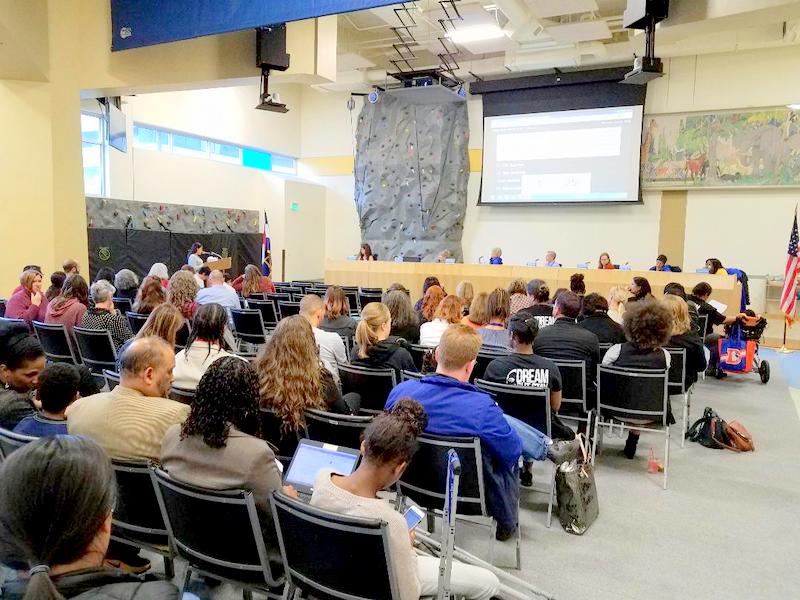