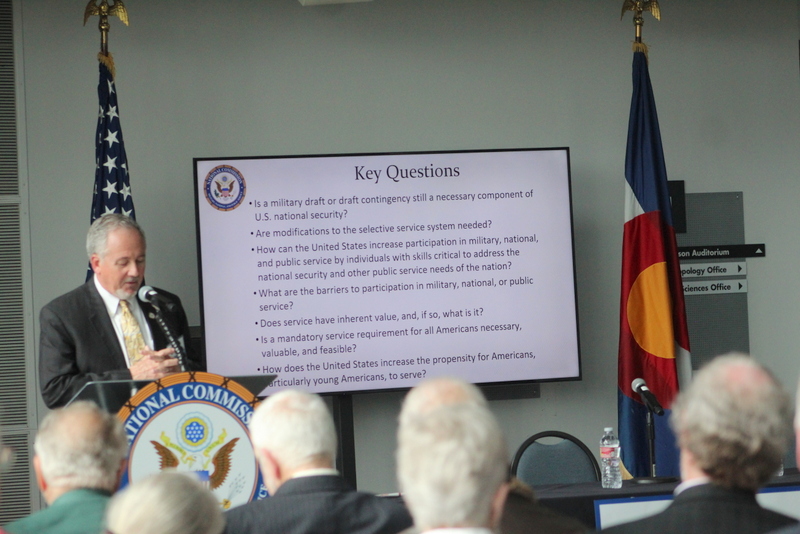 The National Commission on Military, National, and Public Service held the second of nine public hearings scheduled this year to hear from the public about the possible reinstatement of the draft, whether it should end, or be extended.

The Denver public appears to have submitted a resounding “no” according to most who spoke at Thursday’s hearing held at the Denver Museum of Nature and Science.

Established in September of 2017, the Commission was charged by the Trump administration to “consider recommendations concerning the need for a military draft, and means by which to foster a greater attitude and ethos of service among American youth.”

Some public comment pointed to the Commission’s mission statement that referred to the “service” component of the statement.  Those who had served in Americorp or the Peace Corp talked of their positive experiences and the benefit of the educational opportunities that are afforded to those who serve.  One Americorp volunteer criticized the stipend and its inability to pay much more than rent in a city like Denver where rents are unaffordable to many. 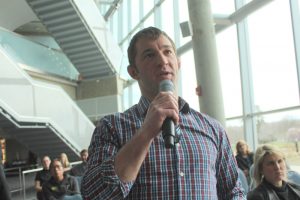 Travis Weiner of Boulder, an Iraq war veteran and member of Veterans for Peace, urged for a nonmilitary opportunity for young people to attain educational benefits without being forced into military service to obtain such benefits, “It was heartbreaking to me to serve with folks who only enlisted in the military because they were coming from a lower socioeconomic spectrum because the barriers to education were so high.  There’s no question that I met and served with a number of folks who were casualties, folks that were again, only serving for access to higher education.”

Members of the War Resisters League, formed in 1923 by those who objected to World War I, aired their objections to continuing the draft.  Thousands of “conscientious objectors” were jailed during World War II, and then again during the Vietnam War.  Those opposing the draft and joining the League referred to the draft during the Vietnam War as a “poverty draft,” a focus of energy to recruit young people of color of lower socio-economic status by military recruiters, “WRI has also and continues to resist other expressions of militarism such as militarized toys and games, ROTC and JROTC, and the Trojan horse Armed Services Vocational Aptitude Battery test, which masquerades as vocational guidance but has hidden inside it the Armed Forces Qualifying Test.”

Matt Nicodemus of Boulder didn’t identify as a conscientious objector because of the guilt he felt about other young men who would possibly take his spot in the draft.  Instead he joined Stanford Against Conscription in college and signed a letter to then US Attorney Griffin Bell along with over a hundred other students declaring an objection to the draft, a refusal to comply, “fully aware our actions could result in a prison term of up to five years and a $10,000 fine.” 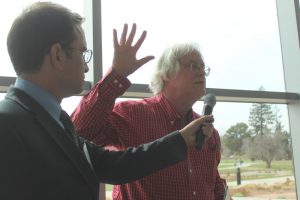 He advised the Commission against continuing draft registration, “Should you move further toward conscription, there will be waves of new resisters, who will be just as dedicated to the cause as I am.  Our force against the Selective Slavery System will be mobilized and maintained as long as it threatens the health and well-being of our society and world.  We will reach out to those you endanger, those you plan to feed to the war machine, and we will encourage and support their disobedience to your compulsions.  We’re very experienced, we’re highly effective, we’re growing in numbers, and we don’t give up.”

Traveling from San Francisco to speak in the public comment session was Edward Hasbrouck, also a member of the War Resisters League.  Hasbrouck was imprisoned for over four months in 1983 for refusing to register with the Selective Service System, “The service of which I am most proud is that I served in a federal prison camp for refusing to register.”

Hasbrouck described political conditions during this time, and how the US would have been fighting on the side of what later became the Taliban and Al Qaeda, “What does that say about whether we should trust the government to decide for us on which wars we should fight or on which side.”

Seeing the draft as unenforceable because of the numbers of those in noncompliance, Hasbrouck told the Commission that the draft has only continued “because there has been no face-saving way for the government to admit that its power to conscript is constrained by the willingness of potential draftees to submit.”

Arriving from Virginia to voice his opposition to the draft was Paul Jacob who cheered the Commission for talking about service to the country, but also confronted for including the draft in those discussions, “On the one hand we’re talking about wonderful opportunities for people to serve, and then hidden underneath is when we’re going to continue to have this system that puts people in prison because they don’t want to go along with constricting people into the military, is just wrong.”

Jacob went as far as to call the scheduled public hearings a “pretense.”

“You have a forum to pretend that you’re talking about service, when underneath it, the dirty thing under the carpet is that we’re also talking about maybe forcing you to go kill somebody, or to die, and if you don’t like it, we may throw you in prison.” 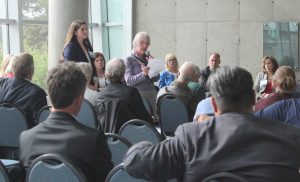 The Boulder Colorado Religious Society of Friends (Quakers) Meeting sent a statement that was read to the Commission, “Our testimony is grounded in our belief that war is wrong, and that violence is not the way to obtain persona, national or international security among peoples and nations.”  The group called for the elimination of the draft, that females should not be included in any draft proposal, that denial of public services such as the current denials to healthcare, financial aid, and drivers’ licenses, should be discontinued, and that refusal to participate in selective service should be an option for those who do so as a personal moral conviction and not necessarily a religious one.

“Overall we find that the extreme militarization of the United States, is destructive, creates enemies,  and is counter-productive to the goal of world peace.  Violence creates more violence.  We strongly support major reductions in military funding and aggressive military policies.  Excessive US militarization also seriously drains our resources for developing equal opportunities for  health, well being, and peace within our own nation by misdirecting assets away from much needed domestic programs for community resilience and  opportunity.”

Future hearings are scheduled in the following cities:

The Commission will be accepting feedback via a webform here September 2018. 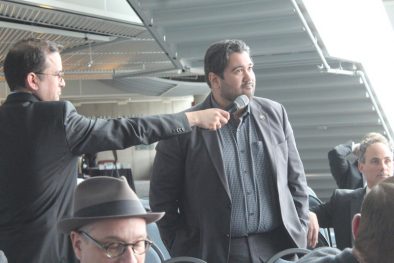 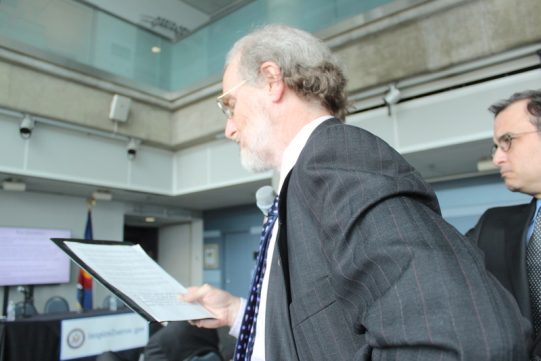