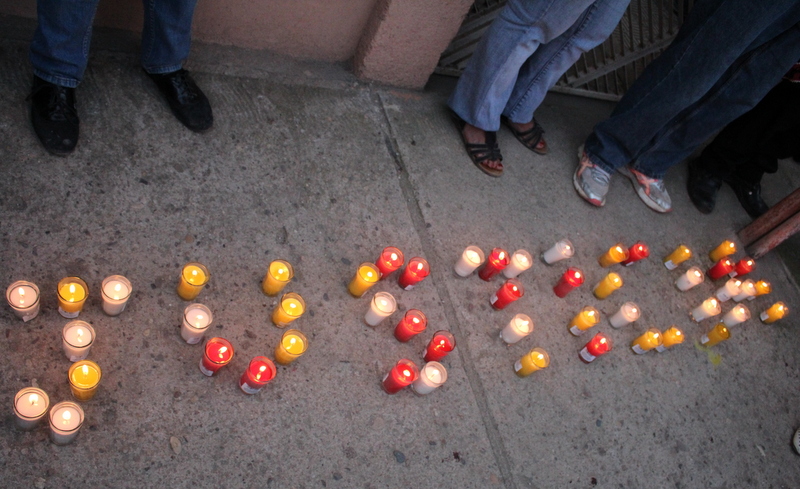 LA ESPERANZA, Honduras-A modern day Martin Luther King to Hondurans and many countries outside, the legacy of Berta Caceres continues unabated and fails to subside despite a government that has failed to find the authors behind her assassination.  Four months following the murder of the indigenous and environmental leader, murals of Caceres are ubiquitous on the streets, and members of the public stop her daughters for a chance to take a picture with them.

The graffiti on the streets is blatant:  “The government killed her.”

On Sunday a vigil took place outside of the Public Prosecutor’s Office to demand action from the government office to expose the authors of the crime.  Few had high expectations of action on the part of the office.  Caceres herself is reported to have solicited help to install surveillance cameras from the office before she was shot but was shunned and denied help.  Caceres told her associates that the office told her that she was exaggerating her need for the technology.

On July 2 members of COPINH blocked the road outside the Prosecutor’s Office so that the dozens who showed to mourn her death could vigil and protest outside.  The group chanted, “This crime will not be forgotten,” and “Alert!  Alert!  Berta walks here.”

Ramon Reyes spoke and reiterated the call for an independent investigation that was demanded since the assassination referring to the police themselves who have been the source of much of the violence, “We have been in struggle for over 500 years and we have not died off.  We are demanding an independent commission.”

The daughters of Caceres have spoken publicly and internationally about the history of repression and threats against their mother including in New York City, Washington D.C. to Congress, and in Finland to speak directly to the company that is funding the Agua Zarca  Dam that their mother gave her life to condemn,  At tonight’s vigil Bertita Zuniga Caceres said that she follows her mother’s example,  “She is the one who taught us how to fight and she demanded of us to have the principles which are now the basis of the struggle of COPINH.  Four months after the killing we feel proud having met a human being so special.  Among our people we demand justice.  We know we will not achieve justice through the normal institutions which continue to fulfill the role of servitude to the private companies, the oligarchy, and the mega land owners of this country.  We know justice will be achieved by the struggle of the people.”

Laura Zuniga Caceres added,  “We will continue to fight for her political life struggle.  They won’t stop us.  Not death nor pain nor threats.”

A representative from the community of San Isidro said that Berta Caceres would go to any rural community to accompany them in struggle, “I can only compare this to the death of Christ.  She fought for those who have nothing, for those who have no voice.  To think of the natural resources as something that can be bought and sold.  We ask for an opportunity to implement justice and that’s why we’re here.  We know she’s with us.  I ask that we continue with the fight and continue with us.  We can only remember her now, that’s all we can do.  Don’t be scared.  She wasn’t scared of the raids, the evictions, the tear gas.  Further, we demand the opening of our radio stations that were shut down.”

A representative from an international delegation organized by the group Alliance for Global Justice talked about the introduction of HR-5474 by Representative Hank Brown, “We are proud to be here with you on this very important night.  We are here demonstrating for human rights.  We have traveled throughout the country taking testimony of communities that are resisting.  We know the damage that our government is causing here with the military and police aid.  Two weeks ago there was legislation introduced in the US Congress titled the Berta Caceres Human Rights in Honduras Act.   We will go back to our countries, our homes to fight until justice is served in Honduras,   until this government stops the damage it causes to the world.”

If passed, HR 5474 introduced by Representative Hank Johnson of Georgia would suspend military and police spending to Honduras from the US “until such time as human rights violations by Honduran security forces cease and their perpetrators are brought to justice.” 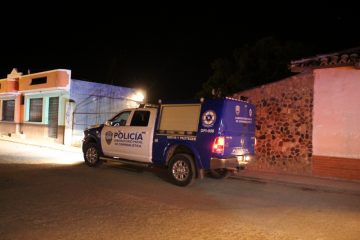 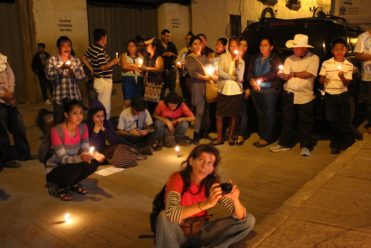 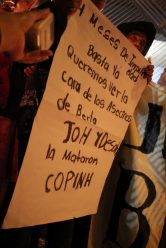 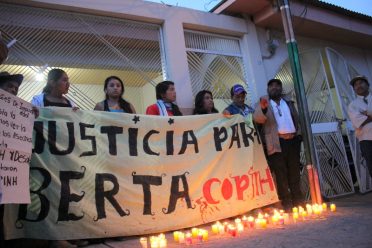 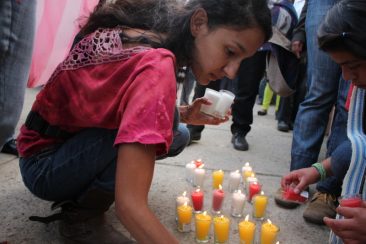