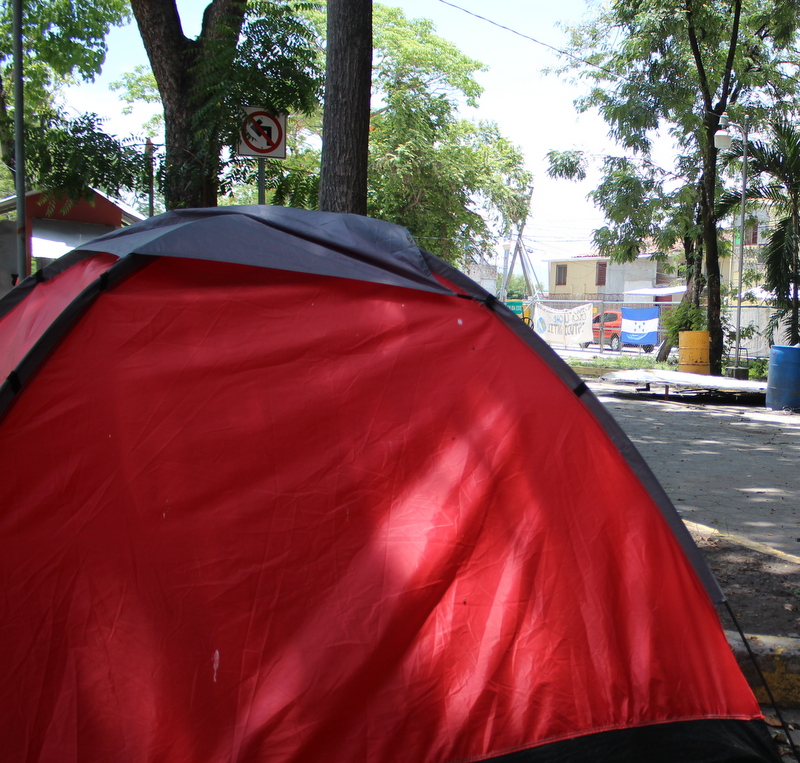 SAN PEDRO SULA-Hundreds of students in cities that are part of the main university system-Universidad Autonoma de Honduras (UNAH)-have continued occupying their campuses amid the refusal of the university rector to participate in a dialogue with them.  Instead, First Lady Michelle Obama 2013 International Courage Award Winner, Julieta Castellanos has failed to show for arranged meetings with the students and has confronted the students with military and police repression including tear gas, beatings, and arrest warrants.

She said in a recent press conference that she would evict students today or tomorrow.

The students, with support of whole departments of faculty members, object to what they see is the corrupting of their education toward a privatization that will shut poor students out of the university system and is criminalizing dissent.  According to the university’s own policies, new regulations must be approved by a board which must include students, however those occupying voiced their opposition to the process of appointed student board positions by university officials rather than student-elected ones.

Students at four campuses of UNAH-Ceiba, Choluteca, San Pedro Sula, and the capitol Tegucigalpa are protesting the proposed reforms.   At the San Pedro Sula campus of UNAH, students were holding down campus in an occupation that has lasted about 30 days.  This action marks the third occupation this academic year.  They had been sleeping in tents and on mattresses and covered the surrounding fences with banners that read, “Pardon our mess, we are fighting for a public UNAH,” and “Protesting is a right.  Repression is a crime.”  The Honduran flag was hung on a surrounding fence, the signature posting that defines the many occupations throughout Honduras, especially among community land recuperations. 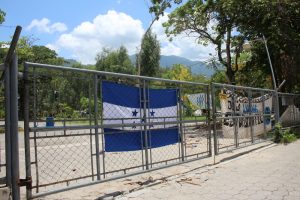 Students spoke to us but refused the photographing of their faces saying that they expect retaliation from Director Castellanos.  Six students have arrest orders and there currently exist seven cases of legal charges against student leaders.  The top demand from students is the termination of legal and military retaliation against the students.

Students are also opposing a new package of reforms that include new fines and extra student fees.  For example, students will now be charged a fine for dropping or changing a class where before the change was made at no cost.  The raising of what constitutes a passing grade could mean the forced repetition of a class for some under new academic requirements, a proposal that would also burden students with additional tuition.  For poorer rural students who must relocate to larger cities where the university campuses exist, the additional costs would render higher education prohibitive.

Further scandal involved the recent uncovering of the lack of qualifications of Castellanos to direct the UNAH system.  Per law, the director must hold an advanced degree such as a Ph.D. however through an information request (Instituto de Acceso a la Informacion Publica-IAIP) students became aware of Castellanos’ completing only a Bachelor’s Degree.  Castellanos is a vocal supporter of the current right-wing president Juan Orlando Hernandez who is referred to among his critics by his initials JOH pronounced “ho.”  Calls for the firing of JOHlieta Castellanos can be heard during student marches and can be seen in local graffitti.

Although local media has slanted in criticism of the students for the shutdown of the University, students say that they are calling for a dialogue and oppose the shutting down of their institution. 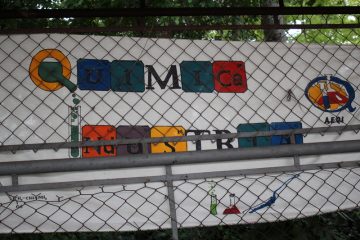 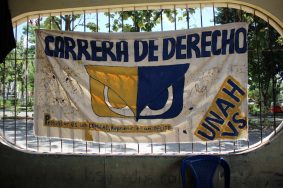 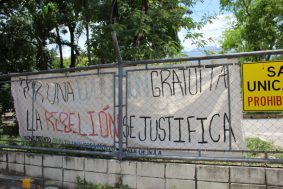 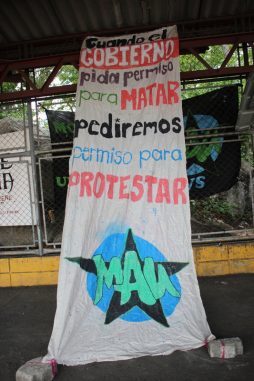 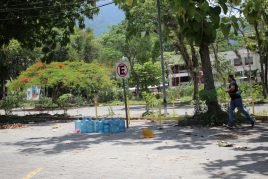 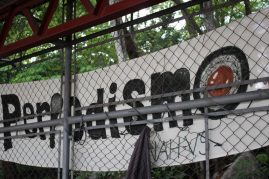 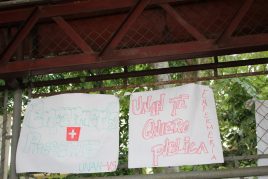 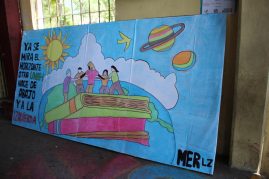 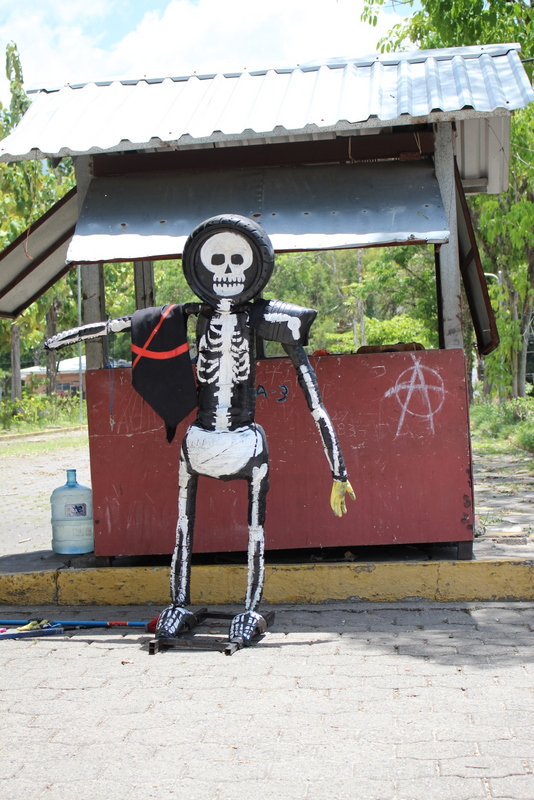 UPDATE:  Heavily armed riot police in Tegucigalpa have arrested at least twelve students on Friday morning beginning at 6 am.  HCH Noticias (photo credit below) is reporting that Castellanos has accepted a dialogue with the students without conditions however students at the San Pedro Sula campus have reported that she has failed to appear to formerly agreed upon meetings. 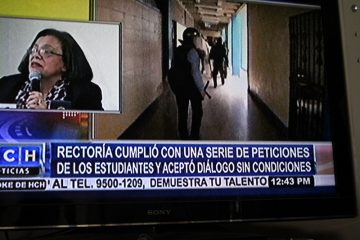 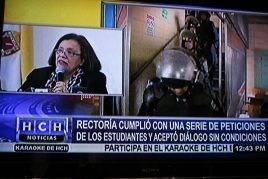 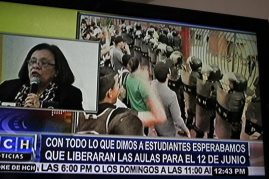