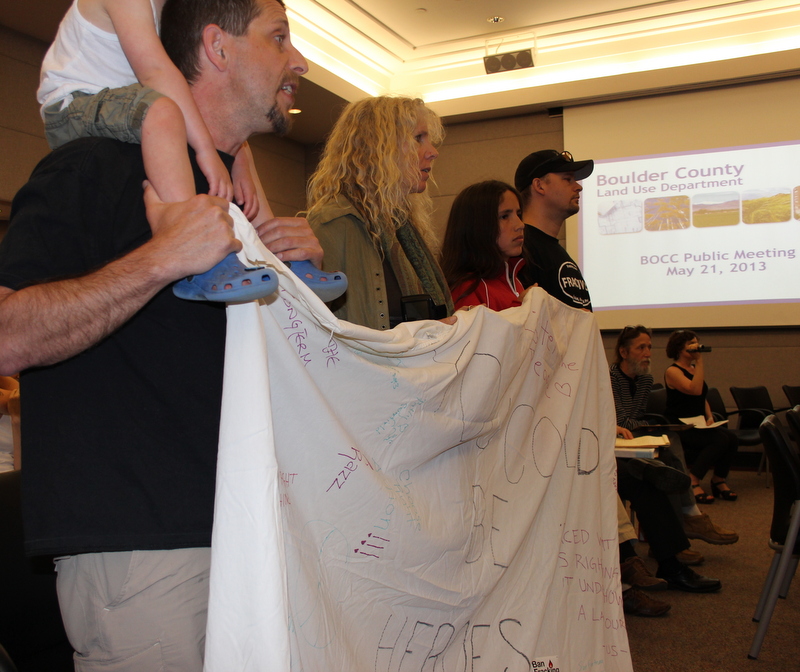 The meeting to announce the decision was made public last week at a Commissioners meeting on Thursday where over 40 county residents all spoke against the practice of fracking.  Some of those speaking expressed emotional responses to the industry when they listed the effects on health as they saw them.  In a packed hearing room, Boulder County Commissioners laid out reasons why they were voting for or against extending the moratorium curently in place to study infrastructure impacts on the county. In that meeting, Commissioner Jones said that, “because of the great uncertainty around the public health impacts and the gravity of the potential risks of those as well as the legitimate merit of obtaining more data on the public health risks before we move forward, I support extending a moratorium.”

A crowd of supporters to that statement roared as they waited through Commissioner Gardner’s comments, “When we adopted the text amendments last Thursday with changes with regard to the oil and gas road impact fees last week, the work and the reason for that current moratorium was complete. So I believe it’s important that the current moratorium be lifted on June 10th as planned. I would imagine that this will make many people upset but I feel like at this point in time that it’s the best path to go forward.” 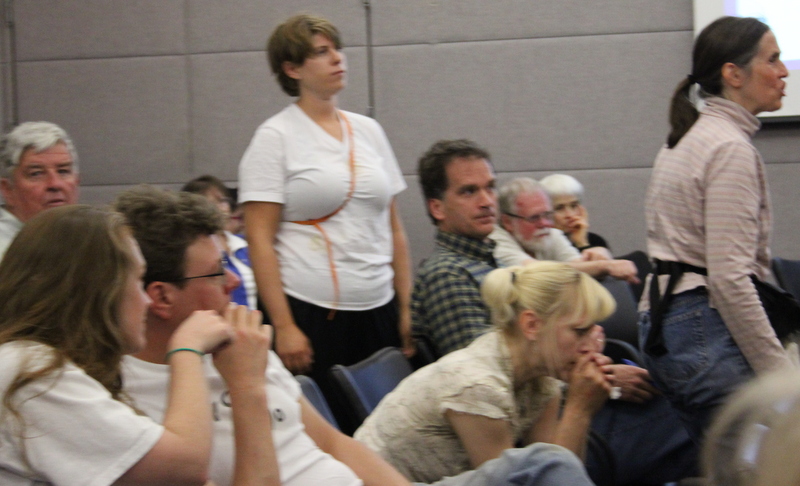 Several members of the audience stood up to react to Commissioners’ comments before and after the vote.

It was at last week’s Commissioner’s meeting Commissioners Cindy Domenico, Deb Gardner, and Elise Jones approved an impact fee to protect county infrastructure from the effects of additional weight and trips on county roads by trucks owned by the oil and gas industry. But today Domenico and Gardner said that they approve ending the current impact-effect moratorium saying that the impact study is done and the results are in as Dominico added, “I am not ready to move forward necessarily on moratorium extension.”

That statement was followed by public outcry by participants to the meeting, ”Recall!”, “What about the children?”, “We’re your experiments now.  You won’t even allow us a vote on it!”, “Please, please, I’m begging you, please,” “Extend it, just extend it.” 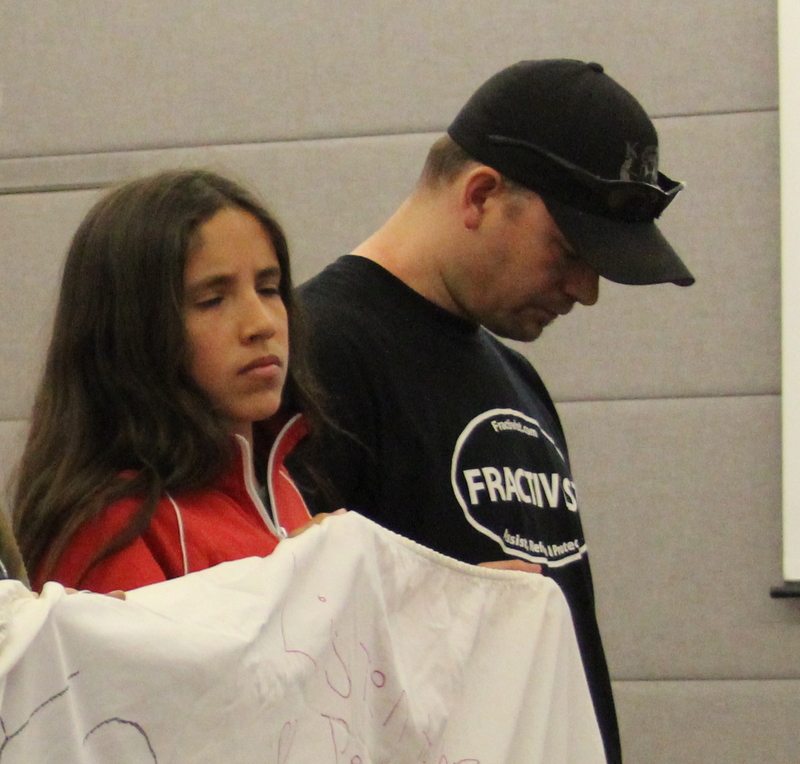 Commissioner Elise Jones who voted to extend the moratorium, was the lone commissioner to meet the crowd of public participants after the vote, “We are not at the point of collecting air data at each well pad.  It’s not happening.  That would be where we want to move to in the future.  It’s super costly.  It would be great if we could get industry to pay for all the monitors.”

Comparing sentiment aftershock following the Commissioners meeting today, some longtime activists made analogies to how they felt in the 70s and 80s during the Rocky Flats public outrage over the effects that the nuclear plant was having on local residents.  Cliff Wellmeng, a registered nurse who lives in eastern Boulder County then announced next steps proposed by coalitions against fracking, “We will be holding an emergency general strategy meeting of Boulder county moving from this moment forward.  This will be a coalition of organizations that is organizing this event.  We will be talking about what is necessary to continue to protect the environment, the physical safety, and the democratic health of Boulder county .  This is not over.  This is absolutely not over.”

That meeting is scheduled to take place June 2, 2012, 2-5pm at Unity Church on the corner of Valmont and Folsom in Boulder.