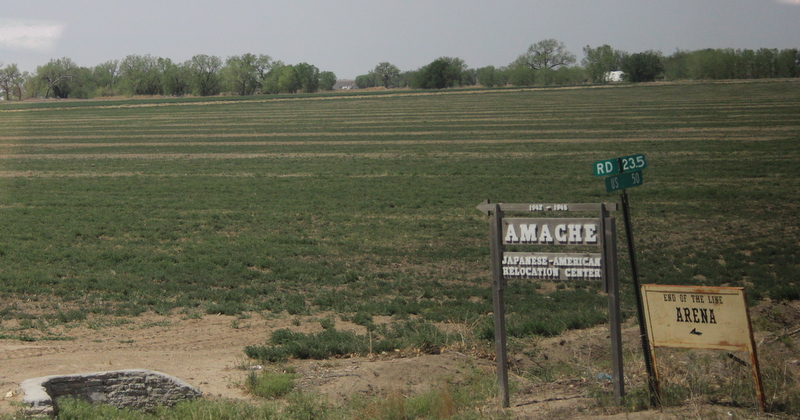 GRANADA, CO-Those who were interned at AMACHE during World War II made the pilgrimage today to the site of the original location of one of the nine U.S. concentration camps to remember those who both lived and died there.  Their families and supporters also attended along with those who now live in the town of Granada and help to maintain this site which in 2006 was designated a National Historic Landmark.   This year’s pilgrimage follows 36 years of recognition ceremonies by the Asian American Community Action Research Program (CARP) who are former prisoners, members of the community and students.   The first pilgrimage took place in 1976. 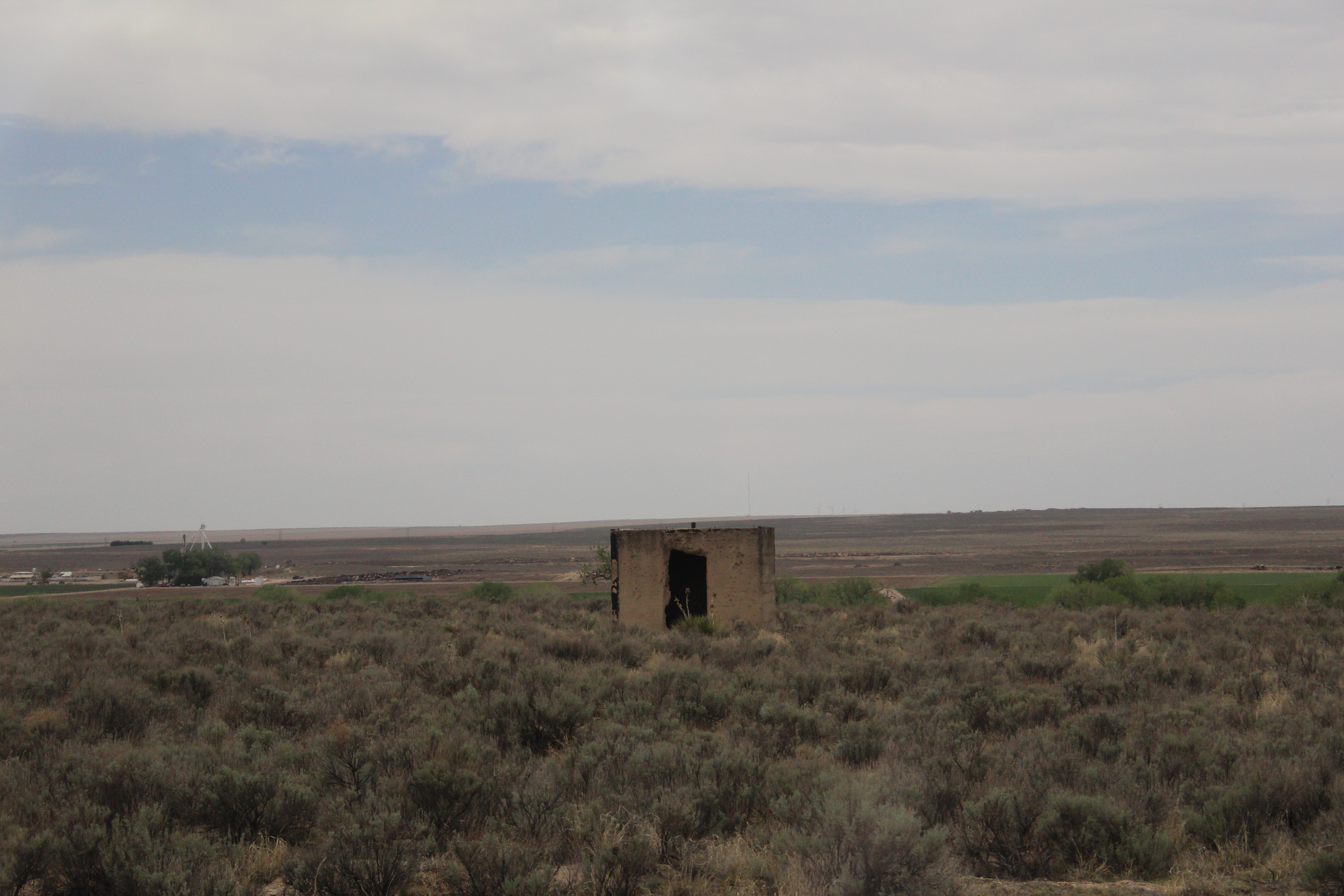 Colorado State Representative for House District 64 Timothy Dore brought his two children to the event and told The Nation Report, “It’s important for us to preserve the history for generations to come.  For me it’s an activity that should have been done a long, long time ago and at least we’re getting around to it now and hopefully we will be bringing back some of the visual of what the encampment was to help teach current and future generations about an important but forgotten part of American history.”  The Congressman talked about why he brought his children along to the event, “They’re so young and so distanced from that time of our history but it’s important because as the very truthful saying goes, ‘When you fail to remember history, you’re doomed to repeat it.’  And it’s important that they see that even in America we’ve made mistakes and we need to know that historically so that when they become leaders of our state and country, they don’t get into those types of situations.” 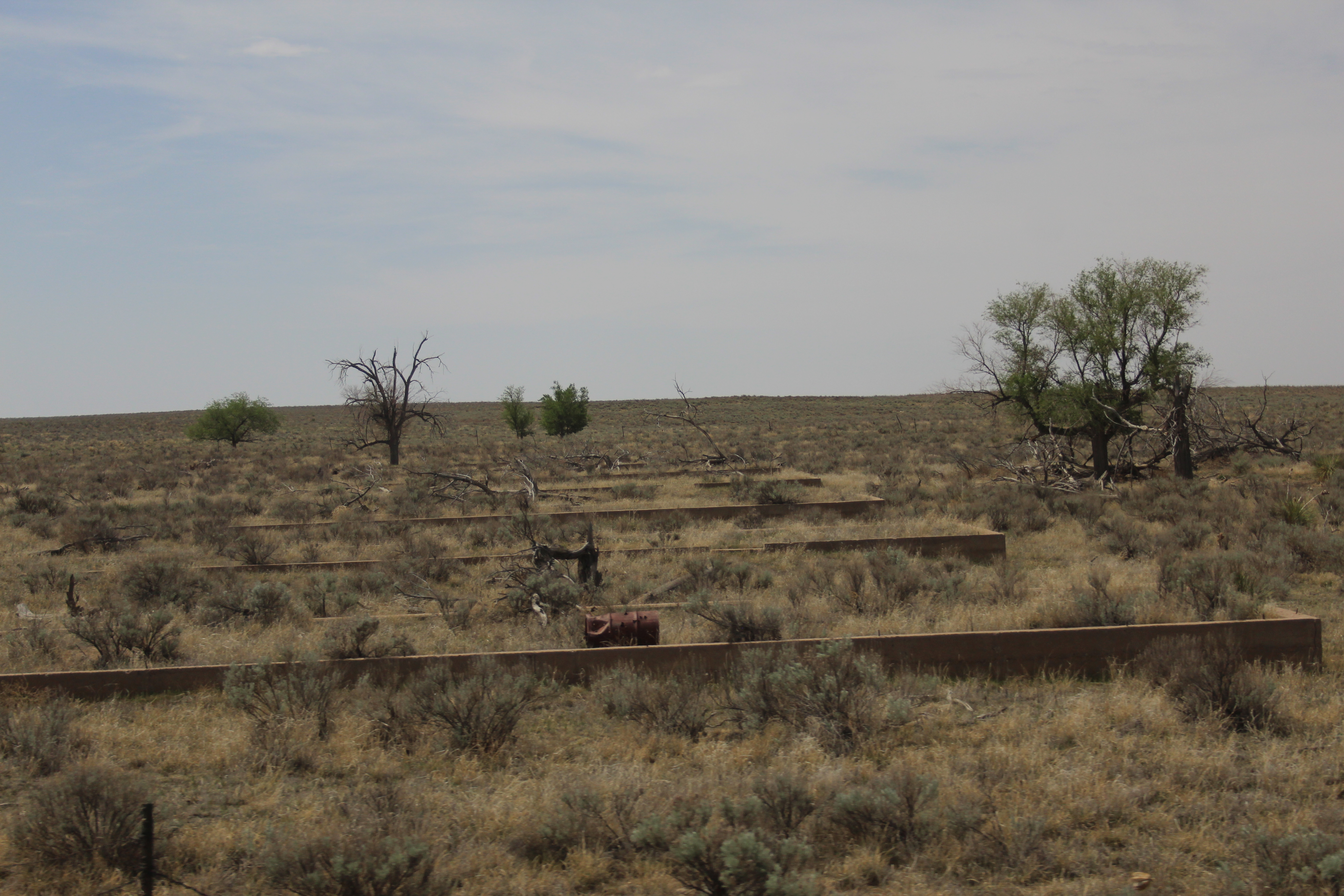 Colorado’s AMACHE was one of nine concentration camps where over 126,000 Americans-two-thirds of whom were U.S. citizens-were imprisoned during War II according to the AMACHE Preservation Society.  Arizona, Arkansas, California, Idaho, Utah, and Wyoming were the six other states where permanent camps were set up after Executive Order 9066 was signed by President Franklin D. Roosevelt on February 19, 1942.  The order, posted on April 1, 1942, ordered the eviction and internment of citizens and residents of Japanese ancestry within that same week leaving only 7 days to dispose of possessions-including businesses or property-thereby rendering millions in losses.  Valuables were sold for pennies on the dollar or simply given away although some objects were reported to have been hidden and retrieved according to attendees of the pilgrimage.  Those subject to imprisonment were first transferred to temporary assembly centers before being transported by railcar to AMACHE beginning August 27, 1942.  Japanese Latin Americans were also forcibly removed from their home countries and interned in these camps in the United States. 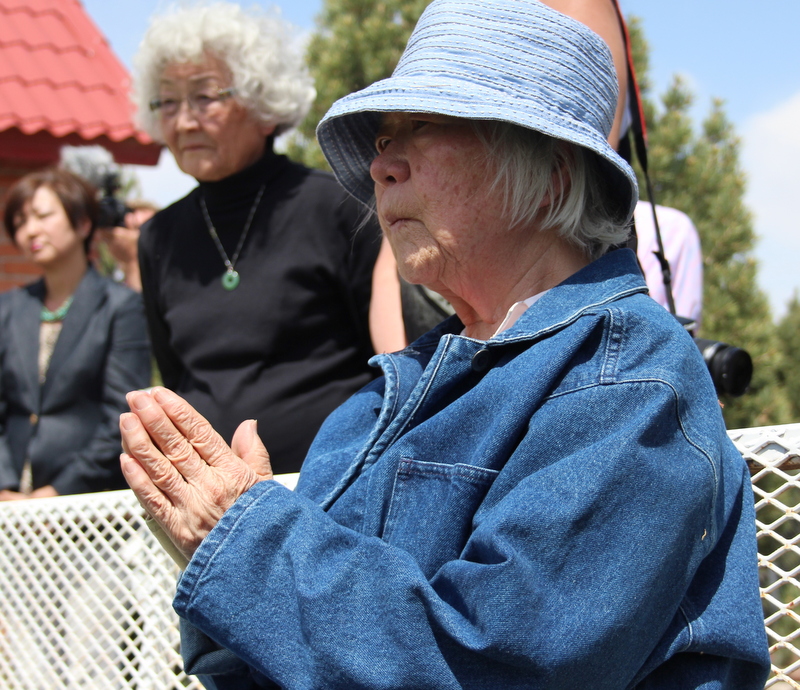 Discrediting the State term “relocation centers”  Aurora resident and former Manzanar camp detainee Marge Taniwaki attended the pilgrimage and said in a 2011 interview that AMACHE concentration camp  was surrounded by barbed wire, guard towers with search lights and was patrolled by armed soldiers.  The Granada Relocation Project covered sixteen square miles of Prowers County but AMACHE covered only one square mile.  The camp held 7,500 prisoners in barracks that were not insulated for the harsh Colorado winters and which housed multiple people at a time.   A police and fire department, hospital, stores, post office, newspaper, churches, schools and a cemetery were all developed after the arrival of internees.

The AMACHE Preservation Society said that racial prejudice, fear, greed, ignorance, media distortion and inaccuracy, political opportunism, and public apathy all contributed to the ease with which the constitutional rights and civil liberties of an entire community could be ignored and violated.  No criminal charge was ever rendered, no trial transpired and the group said that each individual was considered guilty until proven innocent.  There were no recorded cases of sabotage or espionage against anyone of Japanese ancestry although there were recorded cases brought against those of Caucasian ancestry. Though there were few evacuations of those of German and Italian descent, no such concentration camps existed for these communities.

Of the over 120,000 who were imprisoned, 71% were U.S. citizens and 29% immigrated in the late 1800s to early 1900s.  Legislation that prevented those with Japanese ancestry from obtaining citizenship was repealed in 1952.  Ten percent of AMACHE prisoners volunteered for military service.  Some internees honored the opportunity to serve but others protested the idea of serving a country that interned and held them under armed guard against their will.

A twenty-four billion dollar lawsuit was filed against the U.S. government but was not successful in winning compensation to those imprisoned at AMACHE.  The suit did serve however, as a catalyst for moving Congress to create a redress bill that passed out of Congress in 1988.  The redress compensation bill was signed by President Ronald Reagan in 1989 and a $20,000 payment to living survivors was paid and a formal apology was made by President George Bush.

On May 18, 1994 the site was listed on the National Register of Historic Places.  Most of the original structures of the camp are now gone but many of the original foundations to buildings still exist.  The slab foundations of mess halls, communal latrines, and laundry buildings are still intact at the site.  The AMACHE Preservation Society has begun to renovate the camp and completion of the water tower, guard tower, and the returning of original buildings to the camp are objectives of the AMACHE preservation society.  Some restorations are expected to be completed by the date of next year’s pilgrimage.