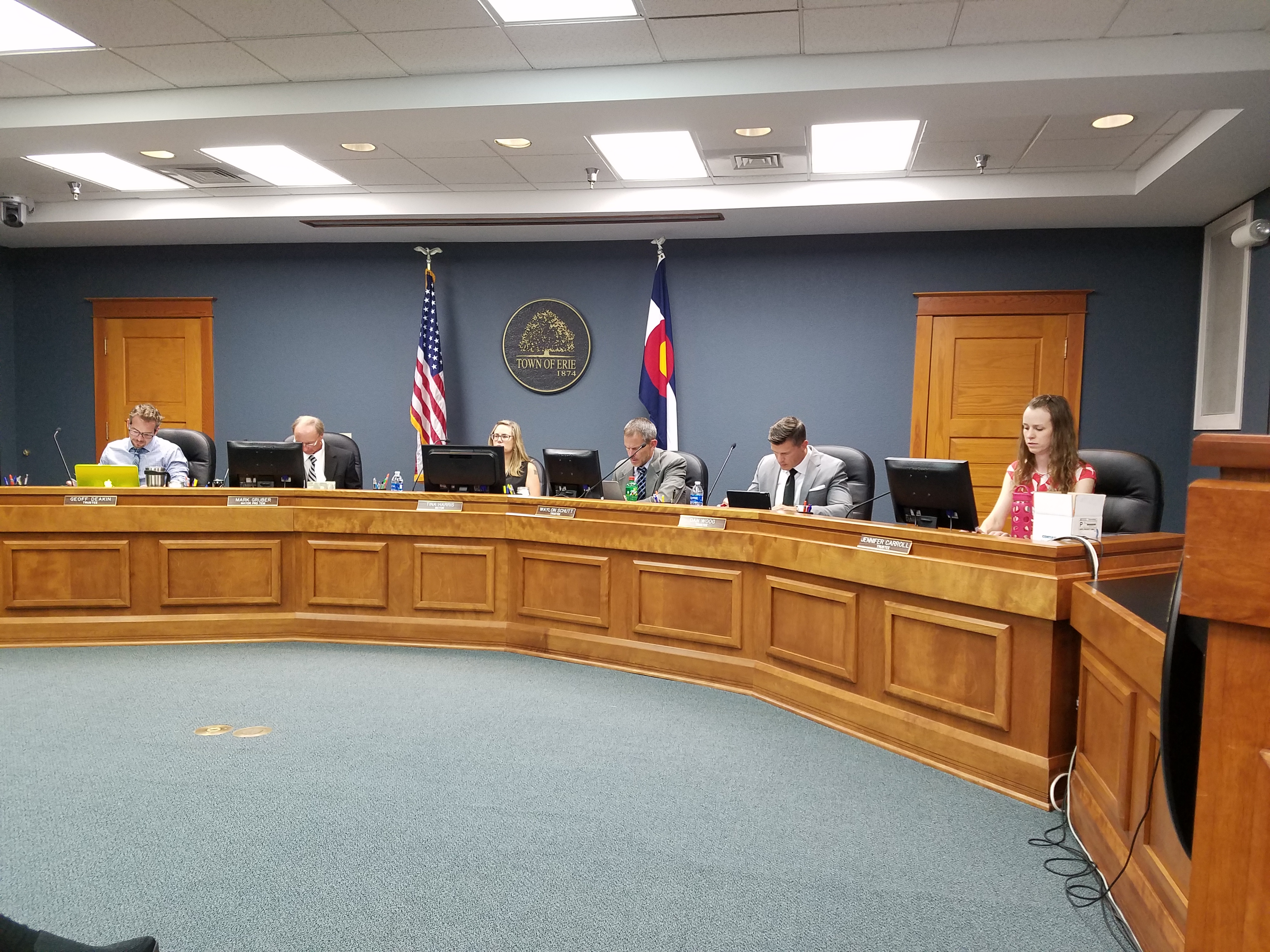 The town of Erie wants abandoned oil and gas flowlines out of city limits.

And it wants new and existing flow lines to be mapped.

Municipalities appear to be falling in line to do what they say the state failed to do earlier this year:  implement new safety regulations regarding the oil and gas industry.

The town of Lafayette has a similar plan to require mapping of flow lines in the works and Tuesday’s vote at the meeting of the Erie Board of Trustees will now require operators of oil and gas to map pipelines.

The measure was approved on a 5-1 vote with Trustee Dan Wong (photo below) voting against as he defended, “If we make these changes and it does go to court, our odds are probably not good, and that’s not enough for me.” 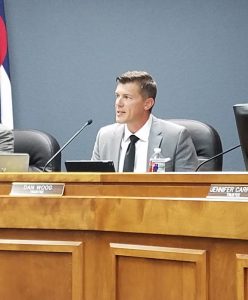 Lawsuits originating from those representing the oil and gas industry including from the Colorado State Attorney General’s Office have permeated the Colorado Front Range as towns attempt to develop regulations, or to ban the practice from their cities.

Trustee Scott Charles was absent from the meeting, and the measure passed with only comments from Trustee Jennifer Carroll and Woog who added, “What I’d like to do is just wait and see what the state does.  I do think that there’s some risk in going forward with this.” 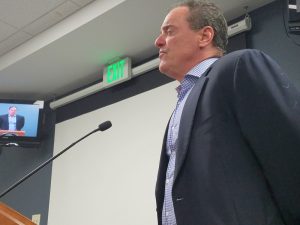 Appearing at many area city council and commissioner meetings and again on Tuesday to defend the oil and gas industry was Mark Mathews (photo left), legal counsel for the Colorado Oil and Gas Association (COGA) who often reminds officials of the Colorado Supreme Court ruling that ” local government law that conflicts with state law is operationally preempted and invalid.”  Mathews said that the Erie regulations were “contrary” to Colorado Oil and Gas Conservation Commission’s (COGCC) regulations, “An operator that’s abandoning a flowline must take the following steps:  It must disconnect from the source, it must purge liquid hydrocarbons, it must cut off the pipe three feet below surface, and it must tie the pipe up.  Finally it must give notice to local governments and COGCC.  There is no removal of abandoned flowline requirement anywhere in the COGCC regulation.”

But Trustee Carroll commented before the vote, “I do believe the changes we’re adopting are legal under our land use authority and that this gives residents and future residents the information that they need to make their own decisions and that we’re not making it for them.” 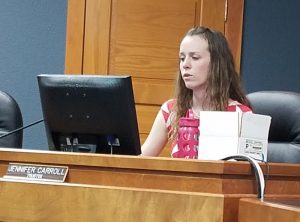 Carroll  (photo left) said she was doubtful that a statewide solution would come soon and that even though Governor Hickenlooper called for a “review” of existing oil and gas regulations and the “capping” of dormant flow lines, that getting the House and Senate to agree and pass changes could come too late.  Carroll also placed doubt about what the COGCC might propose, “We don’t know the specifics of what they may or may not come out with or propose.  If they do come out with something that is similar or more stringent, then it’s a win/win because we’re giving information to residents now, and they could solidify it later.”

The Board voted that industry operators have until October 31, 2017 to remove abandoned lines.