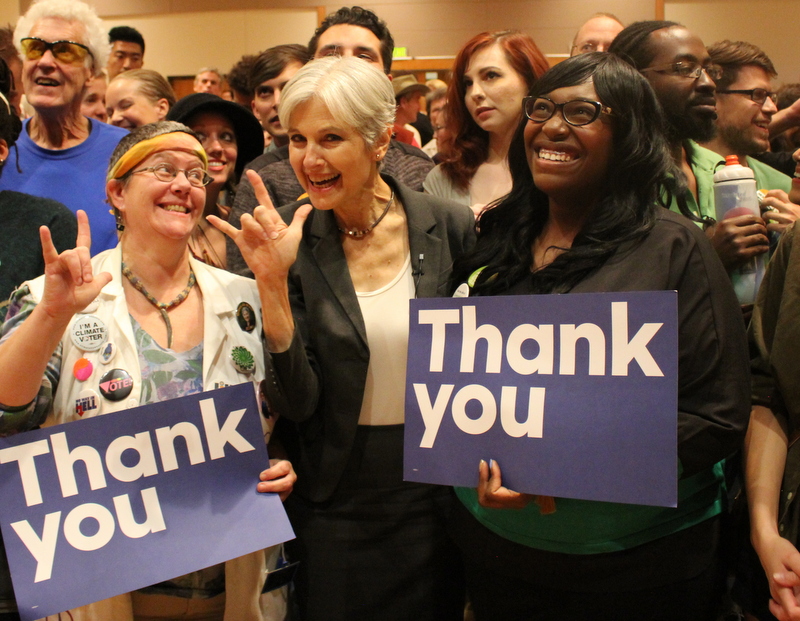 The Green Party offered Colorado voters this weekend “The Green New Deal.”  Party candidates Arn Menconi, who is challenging Senator Michael Bennett for a US Senate seat, and Jill Stein who is making her second run for president, campaigned in Denver and Boulder on Sunday.

At the Glenn Miller Ballroom on the University of Colorado, Boulder campus, both candidates talked to an energetic crowd of over 300 that included a large group who had been to the Democratic National Convention in Philadelphia in July where they walked out of the convention hall in mass when Bernie Sanders pledged his support to Hillary Clinton.  Some of that group announced out loud that they then became part of the “Dem-exit”, a play on the term Brexit describing Great Britain’s recent vote to exit from the European Union.  “The day that they were walking out, and I was so proud of them, and I was so proud of Jill for sneaking in,” State Volunteer Coordinator for the Green Party Lauren Brillante said “That was the same day I got an email from Jill’s campaign.  The day they walked out is the day that I sent in my application to be their state volunteer coordinator.”

Arn Menconi drew responses from the audience to his questions about the days left until the election and issues particular to the Green Party campaign, “We’re fighting a war against the global corporate mafia.”  He named the oil industry, the finance industry, the military industrial complex, agricultural corporations, and big pharmacy as those who are “making the most money  Those are the five industries that control our politicians.”  Menconi said that he once campaigned for his competitor at the request of Colorado Governor Bill Ritter, “I was young then.”

He called for an effort to win 600,000 votes nationwide for Jill Stein in a state where 37% of the electorate is registered as unaffiliated.  He encouraged supporters to gather enough support so that Colorado would take on getting a sixth of the needed votes to reach a high enough percentage to participate in the presidential debates although Stein confirmed that she would show up to the debate whether she was allowed to participate or not.

Menconi said that he was singled out by the Republican Party for recall during his term as a county commissioner after 911 because he did not support aggression toward Al Qaeda in Afghanistan.  “Here we are 15 years later and in July of 2014 President Obama took us back into Iraq.  He said we were going to defend an embassy, then it was a mountaintop of villagers, then it was a dam, and now we’ve been in there and we’ve had some 15,000 troops-not counting our contracted troops.  And the man who has won a Nobel Peace Prize is bombing seven countries, lying about drone attacks saying we’ve only killed 169 innocent people.  Do you know how many missiles we’ve dropped on Iraq and ISIS?  Over 25,000 missiles.  I will not stand before you or anybody and not speak out about us being the largest exporter of terrorism in the world and killing innocent people and breeding terrorism.”

Menconi criticized the Obama administration for supporting Turkey as a NATO member whose president Erdogan he named as a dictator who is “bombing people and killing Syrians. Yesterday 20 people were killed.  This is a proxy war against ourselves.”  The news agency Al Jazeera reported today that The Syrian Observatory for Human Rights (SOHR) said that at least 20 civilians were killed on Saturday and 25 wounded near al-Amarneh and that 20 people died in Jeb al-Kussa, outside Jarablus, on Sunday.

Stein said that international security was achievable through respecting international law, human rights, and diplomacy, “And we can create a foreign policy not based on military and economic domination, which has been a disaster.”

Stein named the climate crisis and the economy as two emergencies that future administrations can not ignore.  She outlined her plan for solving both by transitioning away from fossil fuels into a “green clean energy” country.  Her plan would create jobs in the sustainable energy industry that is growing and would reduce fossil fuel extraction to zero by 2030.  “That day of reckoning is coming closer.  We know that from the storms and the fires that we have seen just in the last couple of weeks.  You had to be asleep at the wheel.  You had to be sleep walking not to know that we are in an all out climate emergency.  Every day, every month we are setting a new global record for the hottest month ever of that name.”

Questions from the audience followed speeches.  One comment came from an audience member who described the needs of the prayer camp near Cannonball, North Dakota where communities from across the nation are fighting the building of the Dakota Access Pipeline.  Stein assured supporters that she would be traveling to the area to offer support and would join in the protection of the water and the push to prevent Bakken oil from being transported through the proposed pipeline.  A judicial decision on injunctions related to the pipeline is expected next month. 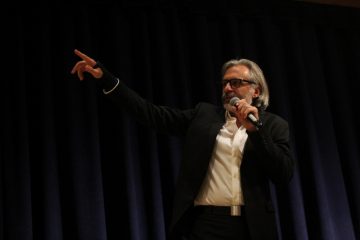 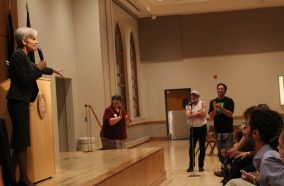 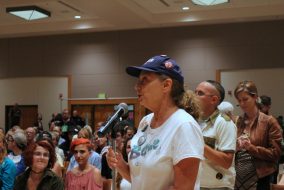 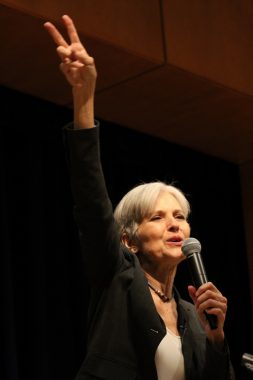 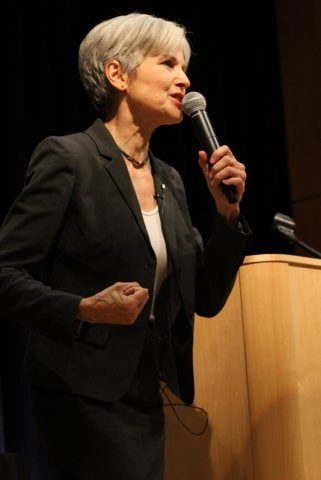 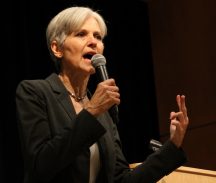 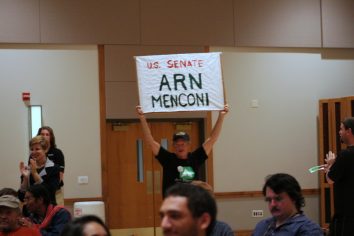 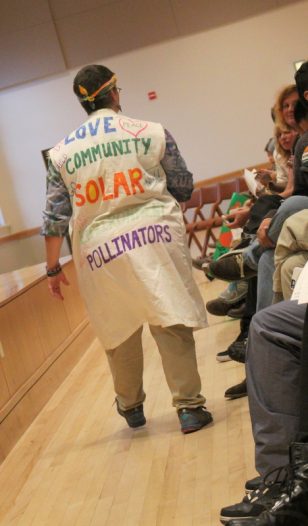 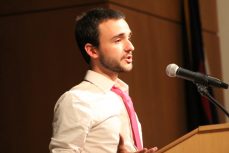 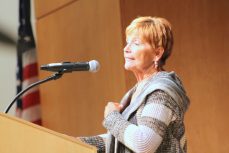 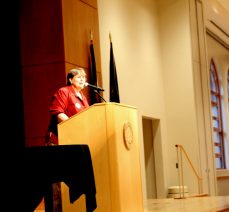 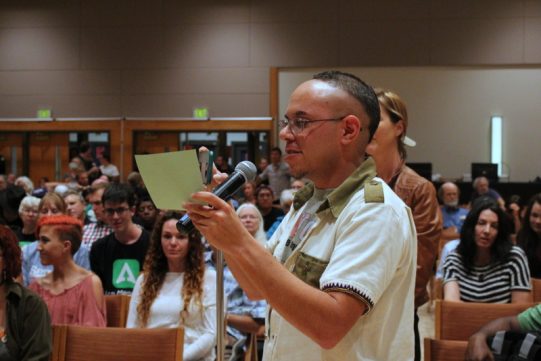