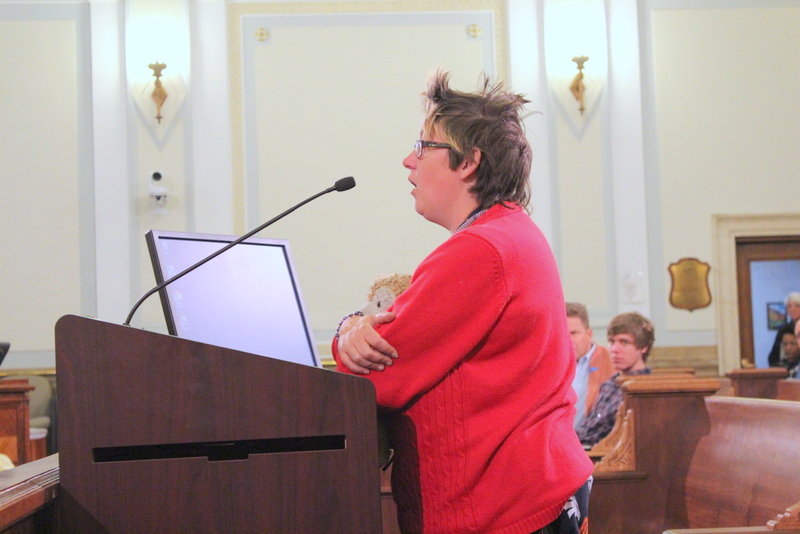 Editors note:  In July of 2016 Denver City Council began hearing its first general public comment session from members of the public speaking for three minutes on city matters of choice, but only during the first Monday meeting of each month.  Prior to this new procedure- approved May 23, 2016 – the public was only allowed to comment on agenda items.  Because this public comment session is not televised, we at The Nation Report felt it important to document for readers, issues that were most raised by members of the public that follow our mission statement.

Speakers at tonight’s Denver City Council meeting made use of the newly adopted open public comment session that took effect in July 2016 to force council and the public to hear of the hardship that the latest sweeps over themselves and their gear is having on them.

A surge in removing people who are sleeping on Denver streets began anew in November after the city posted signs around town warning that people and gear would be removed from public spaces.

Tonight Denver City Council heard from those directly affected by the sweeps including Terese Howard who told council that since the May 2012 adoption of the Urban Camping Ban, she vowed not to be a “hit and run” activist.  Later that year she was instrumental in the founding of Denver Homeless Out Loud (DHOL) a group that advocates for the rights of those surviving without shelter.  She told council that since March 2016, enforcement of the camping ban has increased 500% than before that date.

Howard testified that the belongings survivors are using to keep warm, such as sleeping bags, blankets, and tarps are confiscated by police to use as evidence in charging people for camping ban violations, “Homeless people did not create mass homelessness.  Our housing crisis created mass homelessness.”

PJ D’Amico who was arrested while videotaping a November 28, 2016 sweep told council that he was arrested simply for witnessing and that police say that they feel intimidated when he documents.  He added that he is currently sheltering six people who use wheelchairs “so that they don’t die on the streets.”

“The folks that you think have access to shelter absolutely do not,”  D’Amico named transgender people, the disabled, and people with pets as examples of those who are barred from using shelter services in Denver.  He said he had been barred from Samaritan House, a local shelter in downtown Denver.

An outreach worker at St. Francis Center, Sophia Lawson, testified that she is noticing a deterioration in the condition of clients and residents as a function of the deterioration of human and civil rights that prevents her from effectively providing services.  She said that the notion that the sweeps are getting people into services is “a bald face lie.”

“I know how data is used to support the sweeps.”

She added that in the past week, four people have missed their mental health intake appointments and that she has had to help several people get new documents such as state ID cards multiple times for the same people when their documents were taken in the sweeps.  She has had experience with women who have been raped on the street and was with Michael Alvarado who was a victim of a hit and run incident in an alley in 2015.  “I know how difficult it is to live on the streets.  The sweeps have to stop now.”