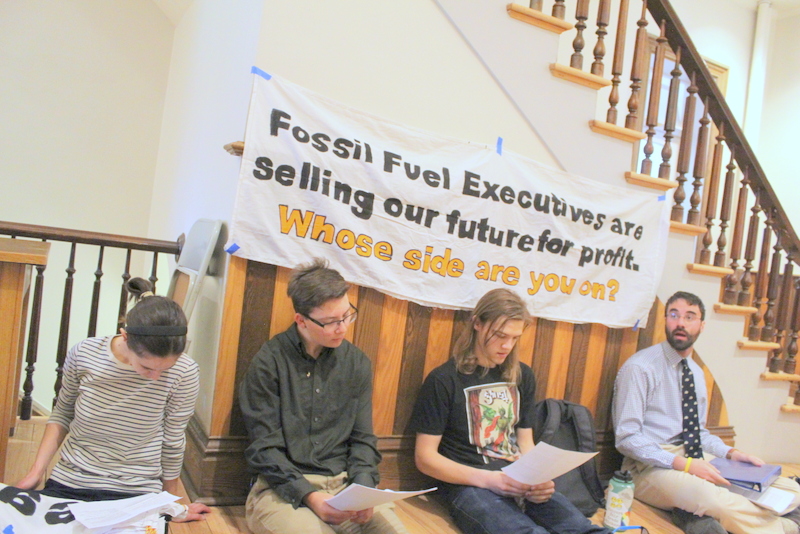 CU students hold a sit-in at Old Main on the University of Colorado Boulder campus on Monday. (all photos: The Nation Report)

“For four years we have asked the CU administration and Board of Regents to stand with us against the destructive power and influence of fossil fuel millionaires.”

Monday began a campaign to escalate the call from University of Colorado students to the Board of Regents to divest from the fossil fuel industry.  Other campuses across the country are also campaigning for the same issue. 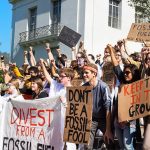 Berkeley students call for divestment on Monday, April 24. (photo: Between the Lines)

In Boulder, that meant a sit-in at the oldest building on campus, Old Main, where students say the building represents a legacy of students that came before them and that the legacy of what the current student body wishes to leave should also happen in Old Main. 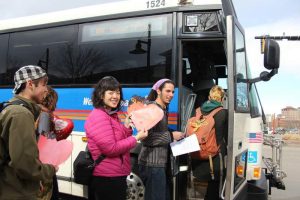 In 2013 the student group Fossil Free CU was formed to urge University of Colorado officials to look at the evidence and crunch the numbers that eventually would move Regents into divestment.  The Regents were not moved.  The next year, students took their argument to the CU Treasurer Don Eldhart carrying valentines made out to him with their message.  Again, the students saw no real movement on the part of the Regents. 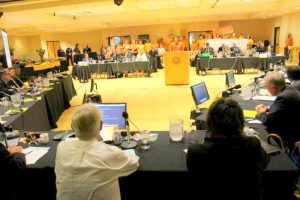 Simon Mustafa of Fossil Free CU asks the Board of Regents in 2015 to divest University endowment from the fossil fuel industry.  Students from Fossil Free CU stand behind him dressed in orange and holding signs and banners.

In 2015 the campaign escalated, and some US campuses held sit-ins.  At CU-Boulder and Denver University (DU) students took their campaign directly to the Board of Regents’ meeting, and in the case of DU to the Board of Trustees’ meeting.  That year in Boulder, Regents heard students’ concerns about the pollution, dangers, economic viability and climate impacts to the continued use of student and University funds to invest in fossil fuels.  At that meeting some Regents responded that the students didn’t understand the complications of University funding.  The students said that with the denial of climate change by Regents Sue Sharkey and John Carson that they would focus their attention on other Regents and that year, it meant Regent Steve Bosley. 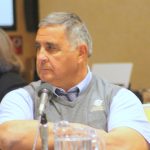 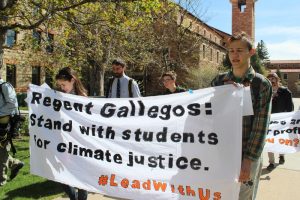 This year the focus is on Regent Glenn Gallegos, a Republican representing District 3 in the Grand Junction area.  At today’s action, students said that Gallegos has not returned any form of communication with them.  Gallegos is considered the deciding vote on many issues that come to the Board of Regents, and students hope to reach him this year.

Despite all of the setbacks, including a declaration by CU President Bruce Benson to an indefinite tie to the fossil fuel industry and a negative response from Chancellor Phil DiStefano at his 2017 town hall to come out in support of students, Fossil Free CU has pledged to continue to “sit-in” at Old Main indefinitely, “We will continue taking direct action until CU commits to divesting its endowment from the top 200 carbon-holding corporations.”

A rally is planned Monday afternoon outside of Old Main as part of direct action activities.  The rally follows a month of nonviolent direct action training sessions and sign building meetings.  Students at other universities will begin similar actions throughout the week.

“CU students did not create this crisis, but the burdens of the fossil fuel industry will be ours to bear.” 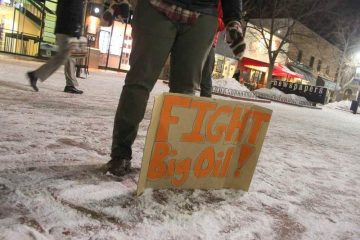 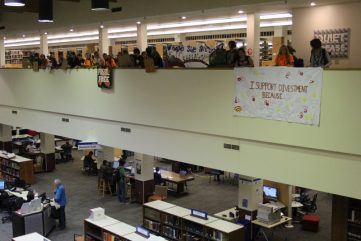 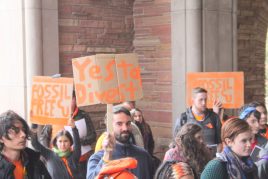 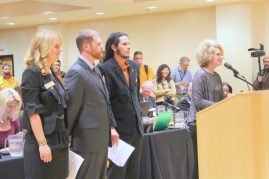