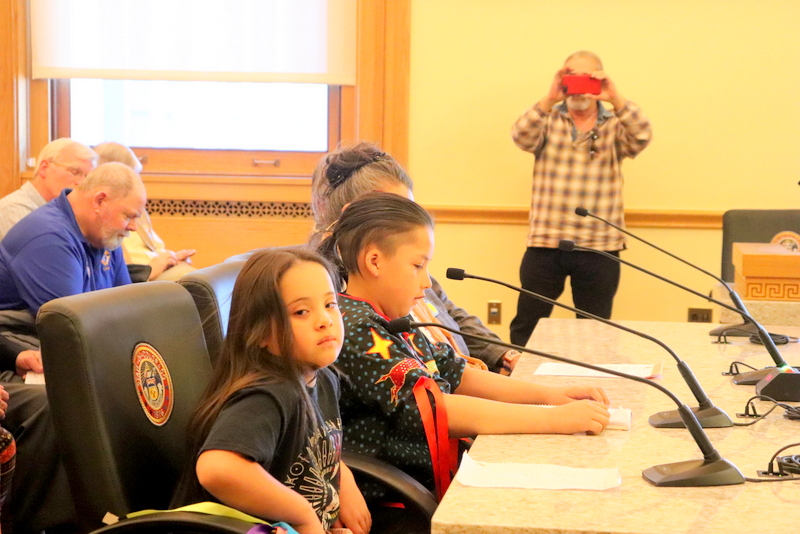 Colorado Senator Julie Gonzales said that today is the furthest a bill to replace Columbus Day as a state holiday has ever come, while expressing disappointment that her bill lost.

The vote was unanimous in the State, Military, and Veteran’s Affairs Committee in the Senate on Wednesday to defeat the 4th attempt to reject the holiday in Colorado.

The bill, HB 1185, did pass the House on March 4, brought by co-sponsor Representative Adrienne Benavidez.

Word in the Capitol was that Democratic Senator Lois Court suggested she would vote against the measure, but audience members in attendance expressed shock to watch Democratic Senators Mike Foote and Rhonda Fields also vote against the bill.   Foote voted against a similar bill in 2016, but in favor of Repeal Columbus Day as a State Holiday in 2017.

Columbus Day was first marked nationally in 1907 in Pueblo, Colorado.  Pueblo has seen actions to abolish the holiday for over 25 years.

The attempt to reject Columbus Day in Colorado has seen three previous tries beginning in 2016.  Other states have passed similar measures including Alaska, Minnesota, Vermont, and South Dakota as well as cities such as Austin, Los Angeles, Minneapolis, San Francisco, Seattle, Pheonix, and even Denver.  Berkeley was the first in the nation to adopt Indigenous Peoples’ Day in 1992. 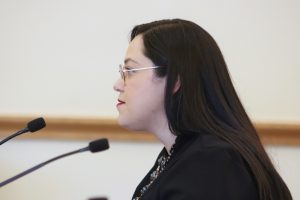 Gonzales, born on an Apache reservation in Southern Colorado, opened with her motivation for bringing the bill, “My mom was my second grade teacher.  And I witnessed her have to teach about Columbus Day.  I had to listen to my mom teach a group of Apache kids.”   The Senator prefaced testimony saying that legislators would hear about ongoing generational trauma “that is a consequence of this holiday.”

A handful of those opposing a possible statute testified that the bill was a disrespect to the Italian community.  Gerald Lewis Carlisle, chair of the Colorado Italian American Foundation, part of a national foundation that works to oppose efforts to repeal Columbus Day, cited population disparities between Italian Americans and Indigenous peoples as one reason to vote against the bill, “According to the 2000 census, [Indigenous] number about 50,000 or about 1% of the Colorado population compared to the number of Italian Americans across Colorado numbering about 200,000, about 5% of the state’s population.”  Carlisle also expressed confusion about why Columbus Day was selected to be replaced with Colorado Day saying that Christopher Columbus has been used as the “fall guy” to accomplish the goal of repealing the holiday.

Sky Roosevelt Morris, a member of the council of the Colorado American Indian Movement took issue with Carlisle’s statements, “We don’t make enough of the population of this state or the United States to even matter.  So the tyranny of the majority should be the deciding factor here according to our opponents.”

Sixteen year old Isnala Cross, Oglala Lakota, told of her years of schooling where she was told she was “primitive.”

“I wish that you guys will all understand why us Native American children are fighting to have this taken away.  There is no way to justify what [Columbus] has done to our people and what is still happening to our young native views, and how bad this trauma carries on through our family and what can be held for our future children if this holiday is still here.”

Historical perspective contrasted between proponents and opponents as well.

Barbara Pietrafeso of Arvada said in testimony,  “We’re hearing many things today that we really don’t know what is true and what is not true.  The only thing we know is what’s happened recently, “but then followed that statement with, “Columbus came here 526 years ago.  We do know that he did not come to the United States, that he discovered Hispaniola.”

Many of those testifying in support of the bill expressed honor for the youth who testified, and also their elders.

Two of those youth were fourth-grader Donovan Gurolla and  his younger sister Jasmine Gurolla, “I think it is time to tell the truth.  We have been on this land since the beginning of time.  Columbus did not discover me.  History is no longer ‘his’ story.  It is now ‘our’ story.”  Jasmine agreed, “We need to change the history books.  We need to tell our stories.  I am here against Columbus Day holiday because it makes me sad.”

“I’ve worked for passage of similar bills before,” began Joan Policastri of Longmont,   “There is divisiveness of the issue within just the Italian community.  After speaking to friends and relatives, she concluded, “There isn’t a unified Italian voice in favor of Columbus Day.  We understand the effect this has had on children, not just the American Indian children, but also on us.  I do believe that Colorado will eventually eliminate this holiday.  And I hope it can start here.”