BOULDER-Community residents surrounding the town of Superior turned out today at the grand opening of a new housing development called “Candelas.”  They didn’t turn out because the development has as its selling point “sustainability.”  Nor did they because some of the buildings are Leadership in Energy and Environmental Design (LEED)-certified buildings.. They turned out because the development is adjacent to Rocky Flats, the former nuclear warhead plant.  They said that they turned out to the grand opening of the Candela’s development to raise awareness about the risks and history of the area. 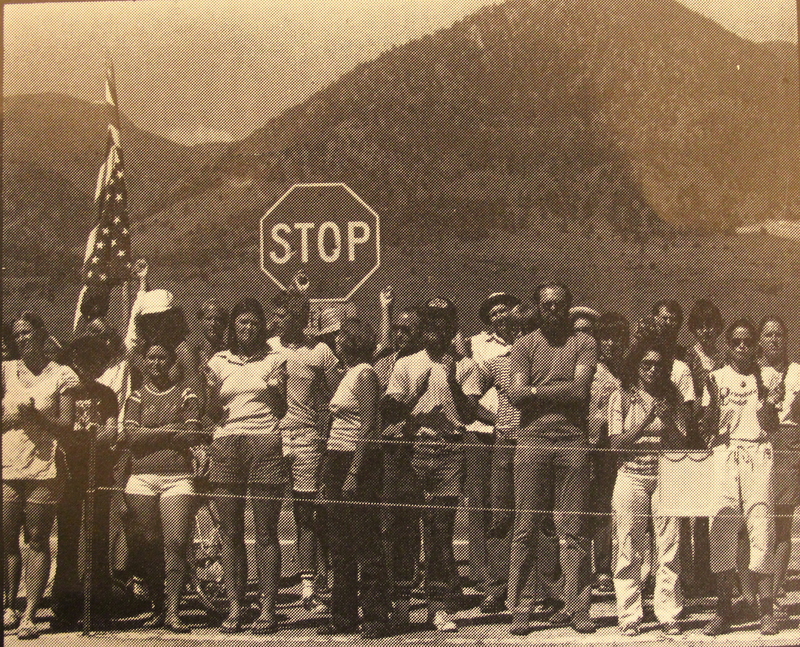 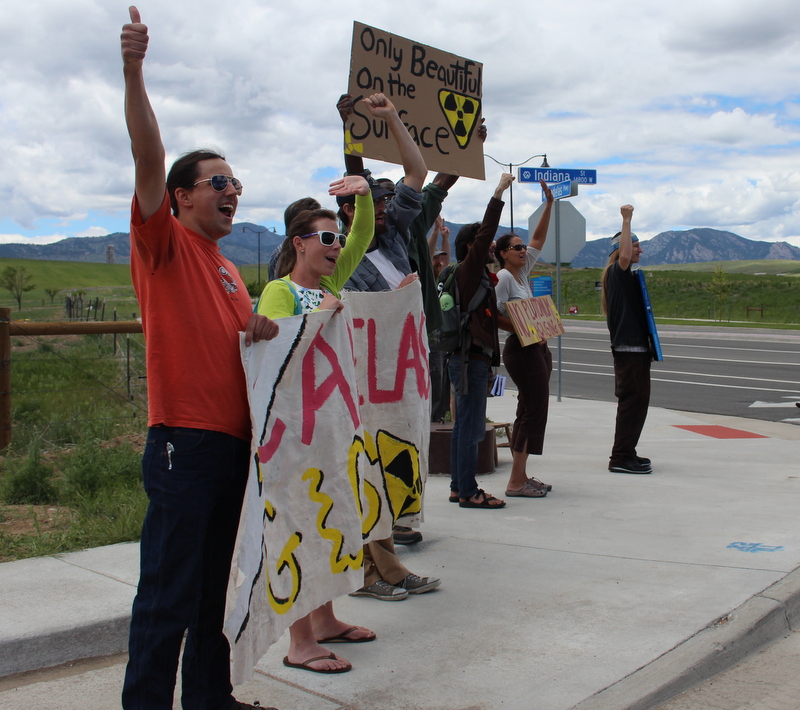 photos: Tiburcia Vidal/The Nation Report
Protesters held signs and handed out information leaflets at the entrance of the Candela’s Development.

In 1952, Rocky Flats Nuclear Power plant opened eight miles from Boulder and sixteen miles from Denver as a Department of Energy facility in place for the production of plutonium triggers for nuclear warheads of atomic weapons. Five years later, a major fire contaminated the environment but local residents were not informed about the contamination by the Atomic Energy Commission until 1970.  Large scale protests began in 1978 contributing to the end of the production of plutonium triggers eleven years later in 1989.  This is also the year of Operation Desert Glow- the FBI raid on the plant after reports of extensive contamination.   A first-ever federal grand jury in Colorado’s history was convened this same year and a lengthy investigation of all the evidence seized in the raid began.  In place for more than two years, it found criminal violations of environmental laws. 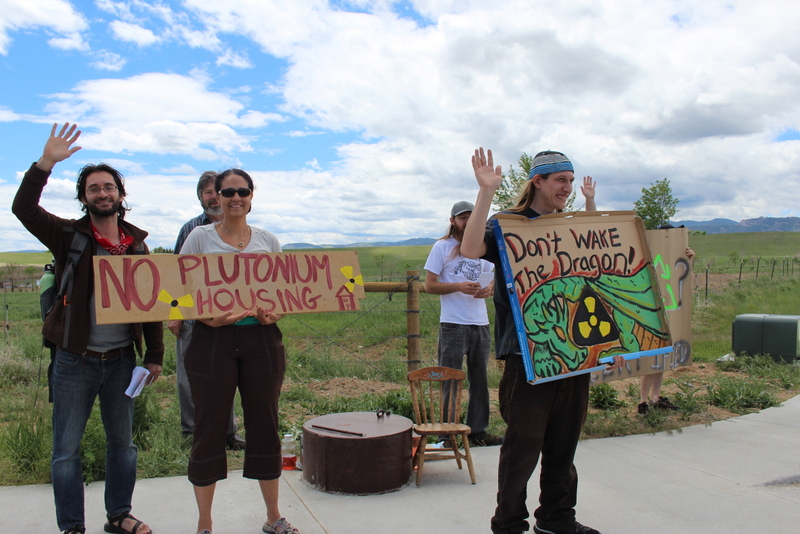 Longtime metro residents remember the huge protests against Rocky Flats which was previously a nuclear superfund site.  Contemporary protests say that construction may release and kick up the contaminated particles that were buried as part of the clean-up process. This could be a concern for workers, residents, and those downwind and potentially downstream from the site as well. 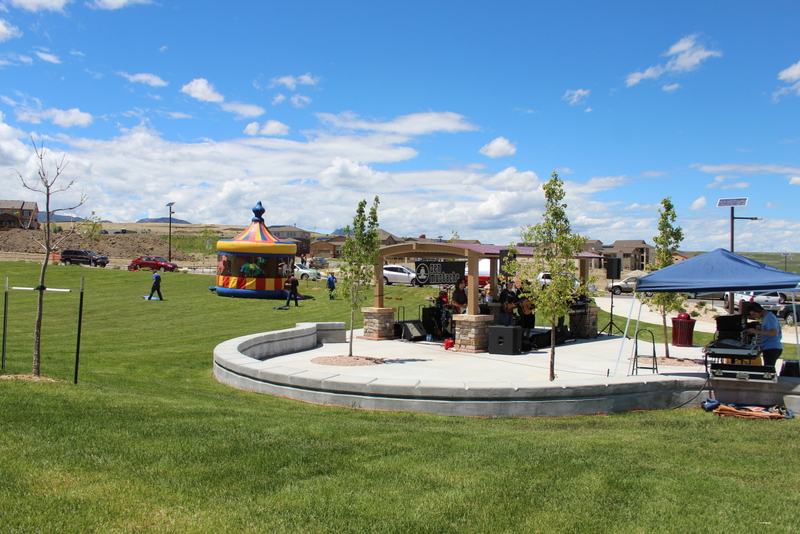 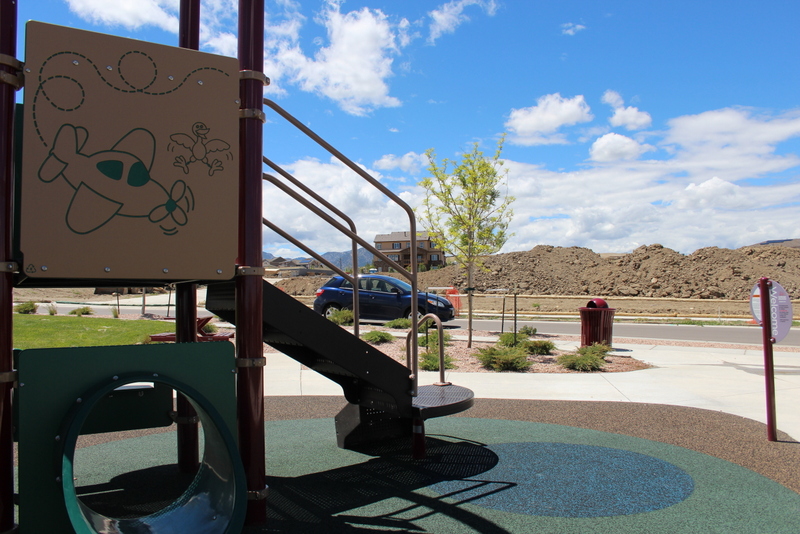 Shukla and her child were playing on the playground that has been erected at the development.  She told The Nation Report that she and her family were thinking of moving into the area but is rethinking the move, “We moved in from India last year.  When I drove up I saw some protest outside also.  They say it’s beautiful on the surface.  That’s pretty scary.  It’s good information to have.”

The plant site has remained closed to the public yet remains a critical habitat for the federally threatened Preble Meadow Jumping Mouse, rare xeric tall prairie grass, and state game species such as mule deer and elk.  The site is known for its Plutonium contamination, but has a wealth of other dangerous elements and chemicals. According to the website of the EPA, contaminants released to the environment include (but are not limited to) plutonium-239/240, americium-241, uranium, carbon tetrachloride, tetrachloroethene (PCE or perc), trichloroethene (TCE), nitrates and chromium. Volatile organic compounds (VOCs), nitrates and uranium contaminated shallow groundwater. The radioactive elements plutonium, uranium, and americium have contaminated the soil. These toxins were never removed from the site, merely buried as the most economical means of mitigation. 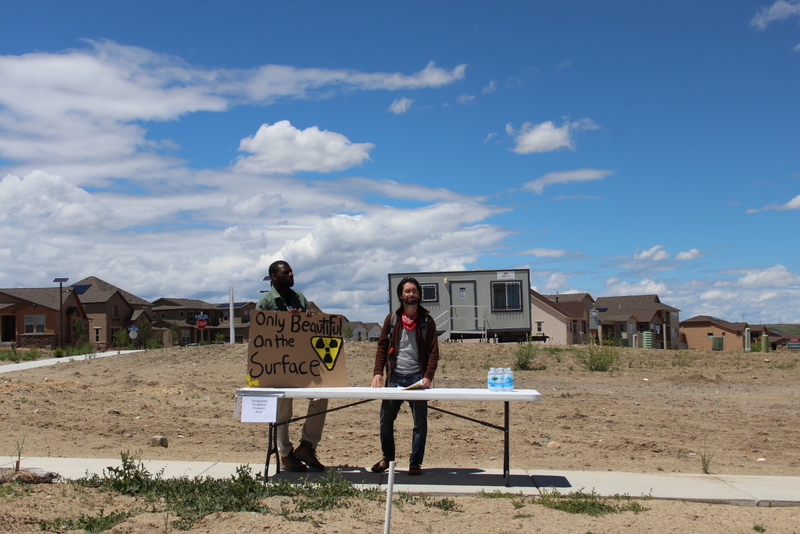 Ramon Parish lives in Superior with his wife and three children and teaches Environmental Design at Naropa University in Boulder,  “I first became aware of Rocky Flats probably about three or four years ago.  Then recently we read about this idea to build a parkway over and through Rocky Flats and wilderness trails through this wildlife preserve they’re calling it.  The town of Superior is one of the only towns that is trying to stop that Parkway still.  So there was a town meeting and after the town meeting we found out about this neighborhood which is being pumped as a green sustainable, flagship kind of enterprise in Colorado. Ten and fifteen years ago, you couldn’t build within a six-mile radius of this place.  Now look.  So in another ten or fifteen years they call it a wildlife reserve.  And people will be building right on top of it.  LEED has given a green light to this place.  This place is LEED-certified.”

He then referenced the protests that came a generation ahead of him, “The more I live here the more I just hear bits and pieces about the push and the fight that’s been happening here for decades and the ugly parts of that too.  We’re not trying to tell anyone that you’re bad.  It’s more like, watch out, be careful, is this wise?  It’s bad enough that it’s there.  Now we have to go and shake the soil up and have it become airborne again?” 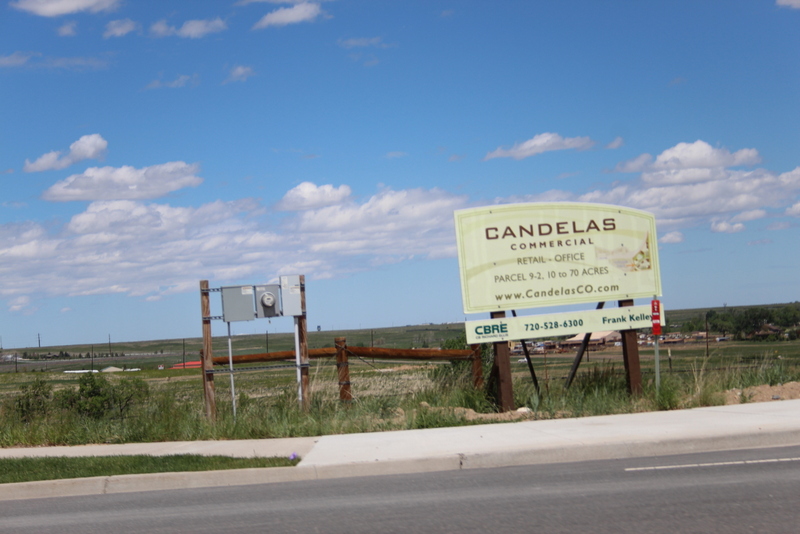 Stephanie Carroll is a Rocky Flats Compensation Advocate who works on behalf of former employees and neighbors of Rocky Flats.  She has been able to help affected people receive compensation for their expenses as a result of exposure to toxins.  She attended the grand opening as a protester and talked about what she has learned from people who have worked at Rocky Flats, “I know one guy who threw concrete and plutonium into Woman Creek [during the clean-up].  And he was told to do that.  He was taking the concrete and the plutonium which is under the purple paint.  It was scraping and going into a vacuum, and he said, ‘what do I do with this?’ and his boss said, ‘go take it out to Woman Creek and throw it in,’ and he did.” 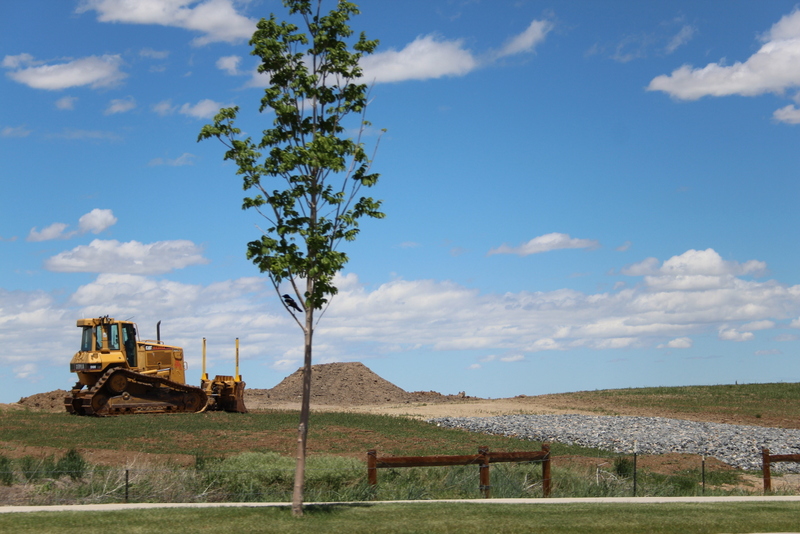 Michelle Gabrieloff-Parish was an organizer of the protest at the Candela’s Development.  When asked if she would continue with what she was doing, she told The Nation Report, “Yeah, I feel like in my gut, I don’t have a choice.  I’m really so sad for people that are going to put down their life savings and go into long-term debt in a 30 year mortgage to live on plutonium waste and radioactive waste.  I do feel in my gut that we have to at least educate people that that’s what they may be getting into.  And of course there’s also the problem of even if that’s their decision and that’s what they do, the people downwind of them are at risk.  And as someone with a family and with 3 children who lives nearby, I feel the pressures of that risk and feel that I may have to leave my neighborhood if this continues forward.”

There are also efforts underway to block the potentially hazardous parkway nearby, labeled by some as the “Plutonium Parkway.”