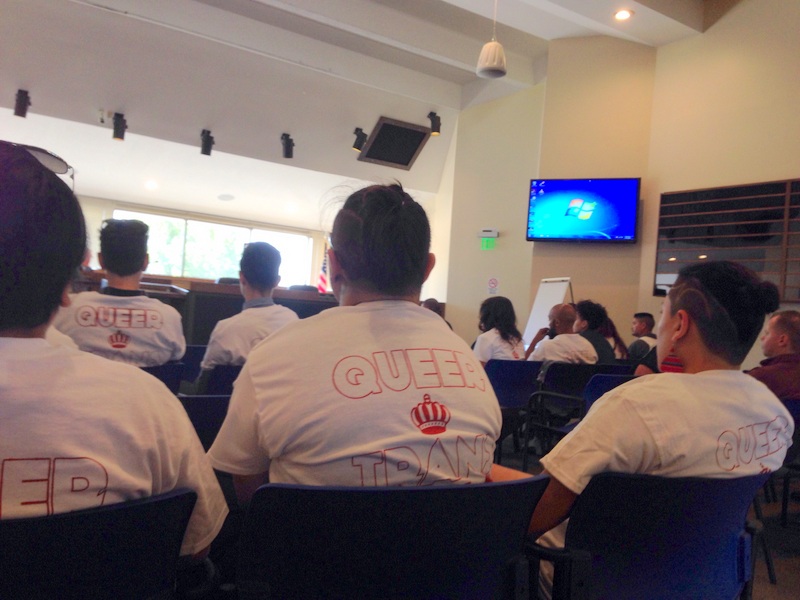 DENVER-A courtroom full of supporters wearing t-shirts that read, “QUEER AND TRANS LIVES R SACRED” and “SELF-DEFENSE IS NOT A CRIME” was the location for the trial today of a Federal Heights teenager who was accused of “abusing a police officer.”

On the evening of August 12, 2015 the teen was stopped by Federal Heights Police Officer Frank Turek as she was walking home.  She said the officer approached her without saying anything and that he would not answer her questions about why she was being stopped.  She testified that he immediately threw her against his car.

Body cam footage of the stop was not available because Turek said that he chose not to activate it.

In testimony, the teen firmly confirmed that she backward kicked Turek while in handcuffs, but said while on the stand that she was attempting to distance the officer who was bashing her head onto the hood of the police car, “I felt my face was getting swollen.”

Federal Heights Sergeant John Hess who later came upon the arresting scene testified that when he arrived, the girl lifted her head off of the hood of the car and that he pushed it back down.  Hess testified that he is 6’5″ tall and weighs 205 pounds.  The girl told the court that she has asthma and couldn’t breathe and that she weighed 125 pounds.

Body cam video showed the teen being held over the hood of the car while handcuffed.  The girl is seen bent over as officers performed a body search at which time the girl testified that she wanted the search to be performed by a female officer.

Throughout the incident the officers continually yelled, “Stop resisting,” despite the girl’s continued bent over position while in handcuffs at which time she can be heard screaming, “I’m not resisting.”

Alex Landau who organizes with the group Denver Justice Project who himself was the survivor of police excessive force attended the trial and said that a common law enforcement practice to justify violence is to repeat the words, “Stop resisting,”

“It is a way for the officers to manufacture the ideology that they are in jeopardy as we heard both the officers testify.  There was over 300 pounds of grown individuals on top of an individual who weighed at best 125 pounds who was a youth, 16 at the time and was contacted by law enforcement under suspicion for an act that she wasn’t even a part of.  There was no effort by law enforcement to address this in a peaceful way other than immediately jumping to some sort of use of force.  So in my eyes, the idea that they need to continuously yell and manufacture a scenario that wasn’t in existence is a tactic that we’ve seen used by law enforcement around the country to justify any use of force they feel they want to use on our community.”

Defense attorney Stacy Salas told The Nation Report why she took the case,

“They never told [my client] why they were stopping her.  A police officer pretty much just grabbed her and started slamming her down multiple times on the front end of his car.  She was bleeding from her eyebrow.  Her face was swollen.  The officer had the opportunity to turn on his body camera but he didn’t.  He testified about how easy it was but that he was not going to do that.  And that’s a huge issue for Federal Heights especially because in 2014 when body cameras were newly implemented, they brutalized somebody.  I’m  hoping that more young people will come forward and say that they are using self-defense as a means to you know say, ‘hey, police officers can’t just come and grab me and start getting physical with me.’  I’m glad, especially in this municipality because, I don’t know if many communities know, but municipal courts are different from district courts and they have their own rules.  There is no actual rule providing self-defense.  This judge was actually really good in allowing us to assert self-defense.”

During prosecution questioning of the minor child and her objection to a body search and her request for a female officer that was not honored, the prosecution led with, “Did you look like you do now?  If you looked then like you do now, sometimes a sexual ID is difficult.  You did not glaringly indicate man or woman?”

Lynne Sprague Director of Advocacy and Co-Executive Director of Survivors Organizing for Liberation (SOL, formerly the Colorado Anti-Violence Program) who also attended the trial responded to the sexual ID questioning, “It feels like blaming a gender-queer person in the world for the violence that they experience, and that feels absolutely wrong because [she] absolutely asked for what she needed and that she wanted a female officer.  And then to have somebody say, ‘Well the reason that you were still harmed, and ignored, and not listened to is because of how you present in the world’ is very classic blaming the victim and we see that all the time with hate crimes and violence against targeted communities.”

Eleanor Dewey who also organizes with SOL agreed, “When they were referring to stopping this young person and the request to be searched by a female officer, it seemed like the prosecution was excusing the fact that they didn’t request a female officer back up or support to search [her] because she looked like a boy.  They asked her if she looked the same that same night and if a police officer stopped her they would know if she was a boy or girl and teen replied, ‘No, I don’t know.’  But I think what’s troubling is that after the officer did in fact stop her and begin to put hands on her and search her, she told him that she was a woman and she preferred to have a woman officer search her.  For a lot of trans and queer people that’s a common request because we feel and experience sexual assaults from officers of the opposite sex, or male officers and obviously [she] was afraid of that happening, and that’s what happened.  She was violated and groped and searched by an officer after being stopped.”

In 2015 a family member of the teen was fatally shot by the Denver Police Department.  SOL works with survivors of trauma and violence and Co-Executive Director Sprague concluded,

“I think a lot about the pain and grief that [she] must be carrying over the last year since her [family member] was murdered by Denver Police Department and to be a young person of color in this country and in particular in this city that has one of the worst reputations around police murders and police violence against communities of colors that we know.  [She] is walking around everyday with that knowledge in her heart knowing that this is a city where these exact same officers-not this police department-but in the city and metro area of Denver murdered her sister and so that kind of grief and loss and fear is a real kind of trauma that she’s been carrying with her.  And in her life, let’s be honest, even before [her family member] was murdered and especially after, and that our hearts and our bodies respond in very real ways when we feel that fear that our lives are in danger.  It’s really easy for people to come in and say, ‘ya but your life wasn’t actually in danger’ and yet we actually live in a country where it is the right thing to do especially for folks of color and queer folks of color to assume that your life is in danger when you have police contact in this world.  And so that kind of trauma means that your body kicks into a fight or flight mode.  That means that you do what you have to do to be safe and to protect your person in that moment.  That’s exactly how bodies respond and they have for centuries.  Our bodies are wired to respond in a certain way when we feel like our lives are in danger and that is reasonable and makes every bit of sense in the world especially in the culture and political climate we’re in around police violence.”

About 30 supporters filled the courtroom in support of the Denver teen including her parents who sat behind her during her trial.  Her mother addressed the crowd outside of the courthouse following the proceedings,

“Thank you for helping my baby and my family.  I feel like all of you are my family too because we are fighting for one reason, respect, respect for all humanity.  We all have the right to respect.”

Municipal Judge Roger A. Buchholz told the courtroom that he would return within the week with a verdict. 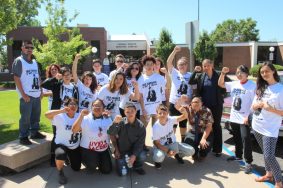 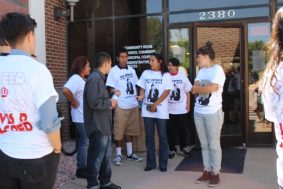 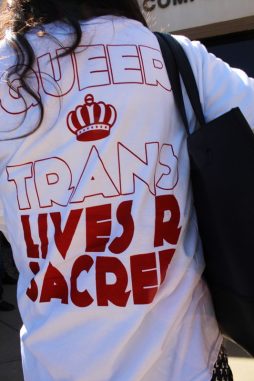 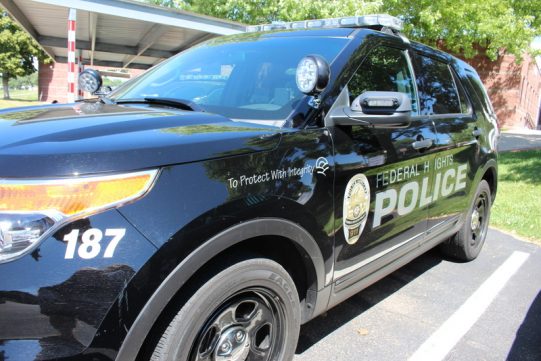