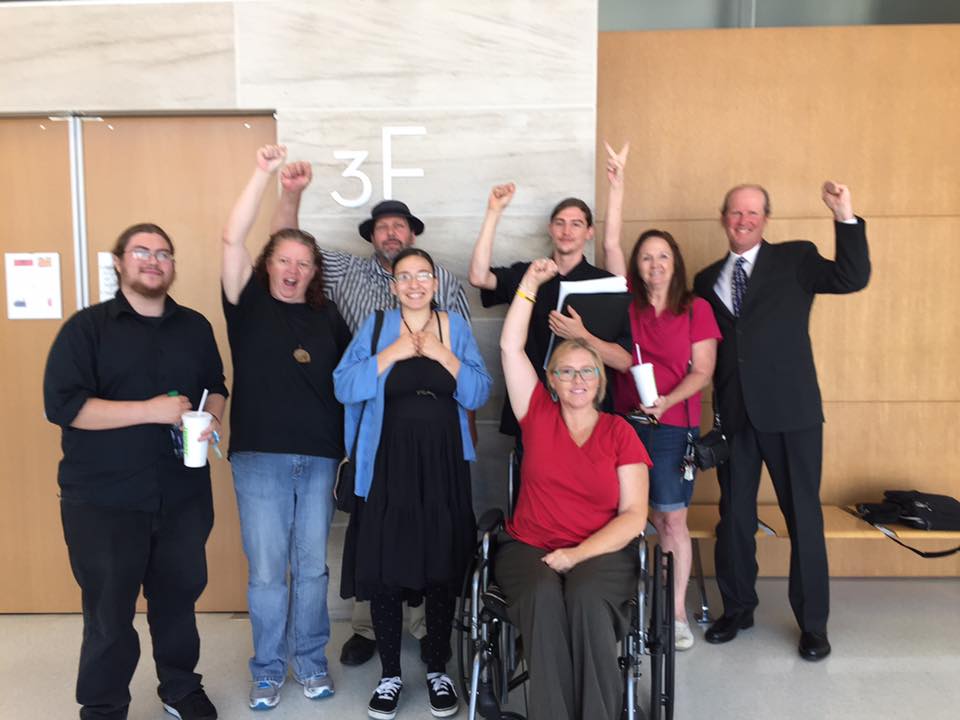 The uncovering of documents that would have publicly revealed the use of “Shadow Officers” by the Denver Police Department to infiltrate a group of demonstrators will not see the light of day in testimony, that is maybe until the next demonstrator is tried.

Seven colleagues of the District Attorney’s office and multiple police officers including two District Commanders appeared at a trial to prosecute a misdemeanor “obstructing a roadway” charge. 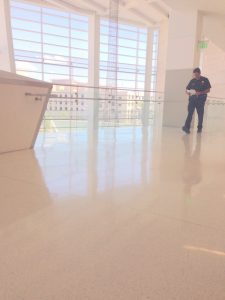 But those who were set to testify for the defense said that it became obvious to them why, following the uncovering of discovery documents and what they say is an ongoing effort to silence dissent.

Denver Police Officer Chris Randall is seen approaching Bechtold from behind and grabbing her arm.   (screenshot from video provided by Occupy Denver)

Selayna Bechtold, 19, was demonstrating with an Anonymous group at a commemoration march for Guy Fawkes’ Day on November 5, 2015 in downtown Denver.  She carried a sign that read, “NOT MY AMERICA.”  Although publicly posted videos show she was standing well behind barriers erected by law enforcement, the same video footage shows a Denver police officer grabbing her from behind, and pulling her across the road.  Witnesses say that the officer lifted her up off the ground and then slammed her back to the ground.  Eight others were arrested.

In opening statements defense attorney V. Iyer told the six-member jury that his client had the right to exercise her free speech by marching, carrying a sign, chanting, and standing in a designated spot.  In opposing opening statements prosecutors from the District Attorney’s Office described Bechtold’s actions as “criminal”, “When you hear the law, this conduct is criminal.”  But moments later, the case was dismissed when prosecutors then told District Judge Theresa A. Spahn that prior to today they had not viewed the video footage, “We believe we cannot attain a conviction.”  The jury who had undergone hours of a jury selection process was then dismissed.

“I was going to go over the policies with them and also talk about the different treatment of the different marches they have been doing.  And also, why did they have so many officers as well as undercover officers, like spies, acting like protesters.  Were they still following the old civil rights tactics of the police by infiltrating organizations with sworn officers acting as part of the protest or part of the underground organization?”

Eric Verlo of Colorado Springs said he was standing next to Bechtold when she was arrested, “We know about ‘Shadow Officers’ because of a manual that was leaked about crowd control.  So we know that Shadow Officers are people they embed in situations, in this case against protest situations.  These would be undercover people that would assist what’s called Arrest Teams to go in and arrest selected individuals.   The interesting thing about Shadow Officers is, how do they blend in?  How do they participate in the protest?  It used to be that we had a law that police weren’t allowed to infiltrate.  Since COINTELPRO that came right back, and they’re in there.   And we know that they’re in there.  But what’s of interest to the lawyers is, what are these guys doing while they’re passing for protesters because if we’re being arrested for being in the streets and we know that twenty-seven percent of us-in the case of last November 5th-twenty seven percent of us were in the streets also, those are people who are encouraging that kind of behavior.  And we want to know what else are they doing.  Are they encouraging violence?  Are they trying to incite a riot?  Or are they even pretending to assault officers to try to get other people to assault officers?  There are two gentleman who are accused of assaulting police officers and I think it’s going to be very critical to know if any of those Shadow Officers were doing that kind of behavior.  And until we can have some commander tell us and assure us that they were not doing it and prove it, then the city’s really in trouble.  So that would have been the most interesting part of this trial.  So we don’t even know that there were a hundred people.  We only know that there were 100 minus 27.” 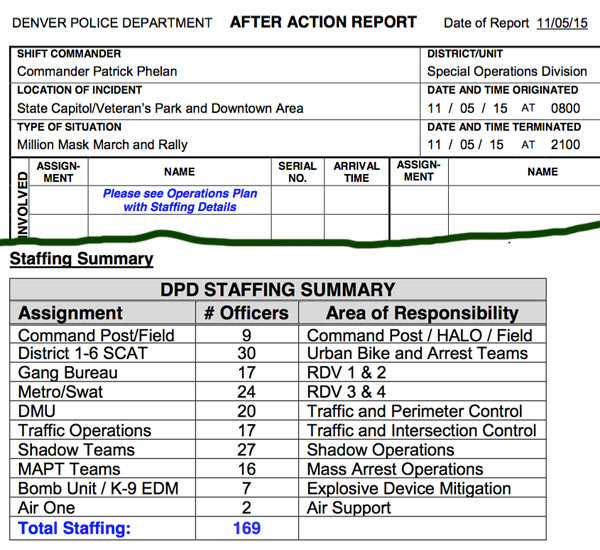 Robin Hamm of Denver was also set to testify for the defense,

Hamm said in subsequent meetings between those who were arrested, that some who were charged were not supplied with evidence at all while others were given evidence such as halo camera footage.

“When I finally met Selayna, she had a great big scab on her forehead, I’m not even discussing the damages on her hand.  We’ve got to stop this.  It’s not acceptable.  They think it’s OK to take a person and harm them because their sensibilities are offended because people don’t worship them as being cops anymore.”

Verlo also was not disappointed that his testimony was not heard today since there are still five more trials for arrests that occurred the same day, “So it looks like it’s going to be a great victory for free speech.”

According to court records, the next case to be tried in connection to the same demonstration will be that of Justin Berding who also will be tried for obstruction on Monday, July 18, 2016.