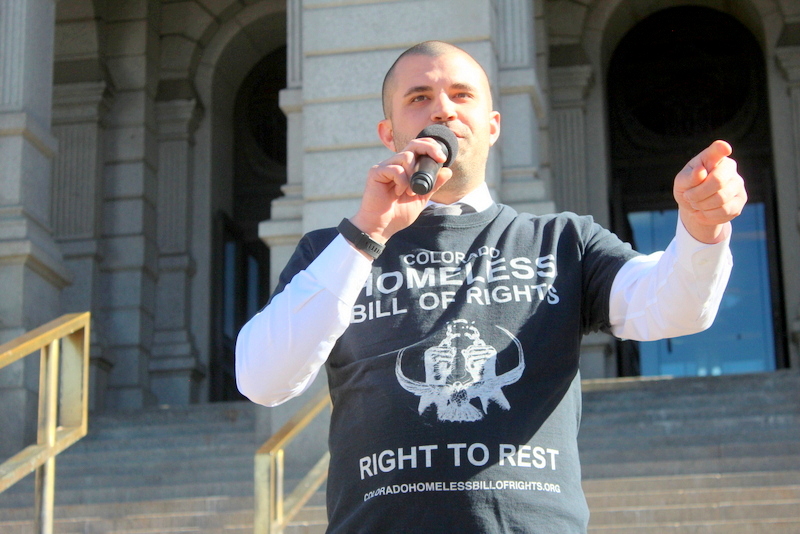 Kayvan Khalatbari speaks in support of the Right to Rest Act heard later that day at the Colorado Capitol on January 29, 2018. (all photos: The Nation Report)

One popular candidate has dropped out of the Denver mayoral race scheduled for 2019, and another popular figure has thrown in his hat for the challenge.

On Tuesday, Kayvan Khalatbari announced that he was dropping out of the race with the following statement:

“It is with tremendous sadness that I am ending my campaign for Mayor of Denver, effective today. For the past 18 months I have poured everything of myself into this campaign, as have countless supporters, all of us in the pursuit of a fair and equitable Denver. However, for personal reasons I must remove myself from this process to focus on my family and my personal health and wellness. I can not thank enough all the people who have been participants in building this movement, including those who have helped educate and inform me on Denver’s vast and vibrant communities and the many pressing issues we are facing.

I know we created a spark, and motivated others to get involved in this crucial time for our city. It is my hope that current elected officials, candidates and the residents of Denver will continue to listen to each other, to find common ground, and to work together, because we can’t resolve these issues divided. Denver has an exciting opportunity to engage in some very important conversations leading up to next May’s election. Even though I will not be continuing in my role as a candidate, I look forward to being a part of this dialogue, fighting beside you for the Denver that we love.”

Khalatbari has set up a system to repay contributors to his campaign if they so wish, and to those who don’t, he is splitting remaining funds to three initiatives that will appear on Denver’s ballot next year:

Khalatbari thanked supporters and urged each to turn efforts to the three campaigns. 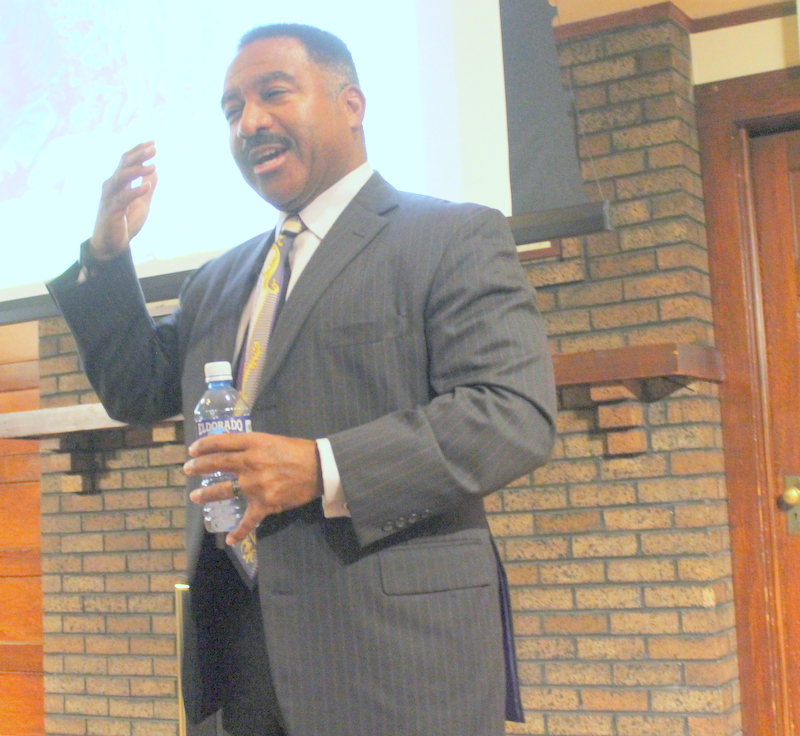 Penfield Tate III presents a history of his family and of the mayoral position of his father in Boulder in February of 2017.

On Tuesday Penfield Tate III announced his campaign during a Colorado Rockies game on ESPN.

He is centering his campaign around “respect” saying, “Everything I do is about respect.”  Tate said that such a trait should be bestowed on all and that his idea of “inclusive democracy” favors all over developers and special interests, something he says was lacking in past administrations.

Integrity, transparency, and high ethical standards are traits that he promises in his campaign.  A former Colorado representative and senator, Tate said he learned his traits from his father,

“I learned about standing up for civil rights and doing what is right from my Father — Penfield Tate II was an All American Football Player, an Artillery Officer in the Army and a great trial lawyer. Over forty years ago as Mayor of Boulder he authored and got approval for one of the first ordinances protecting the LGBTQ Community from discrimination in the City of Boulder. Even in liberal Boulder, the community at that time did not approve and he was subjected to a recall and eventually lost his seat. My Father never expressed one word of regret for doing what was right. As a Lawyer he was equally fearless— together we successfully took on cases of police brutality and racial and sexual discrimination and won. I can say without equivocation that Colorado is a better place to live for the work of my Father and others in the Tate family.”