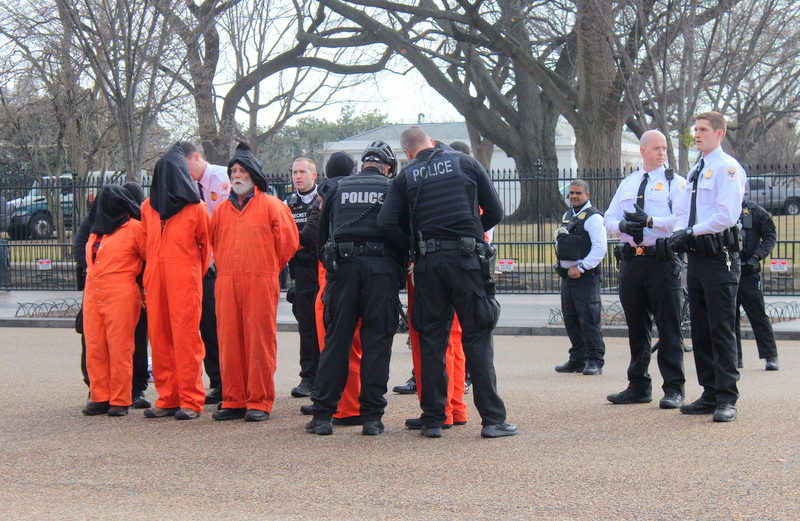 Five activists were arrested after they crossed a police barricade tape in front of the White House, calling for the closing of Guantanamo on the 16th anniversary of its opening. (all photos: The Nation Report)

WASHINGTON D.C. – A coalition of multiple partners joined to call for the release of those held at Guantanamo Bay on Thursday, the 16th anniversary of its opening.  Representatives from human rights groups staged a rally outside of the White House on Thursday.  Five were arrested.

Lawsuits were submitted today by the Center for Constitutional Rights (CCR) against the Trump administration.  In all, eleven motions were filed asking for a judge to analyze the cases of those held for lack of due process, “They can’t confront their accusers, CCR attorney Aliya Hussain who represents five of those detained explains, “They can’t review the evidence presented against them, the evidence that their lawyers are allowed to see, but we’re not allowed to share entirely with them.  And there’s a lot of evidence that’s been held from us.”

Forty-one men remain incarcerated at Guantanamo.  A row of activists dressed in signature orange jumpsuits with black hoods, filed in procession to an area directly in front of the White House.  A prayer vigil preceded a rally where the direct action was held.

On Pennsylvania Avenue, 41 cups of tea were served to each person who stood in for an individual detainee as each name was read aloud.  Each sipped the tea, and then set the cup in a row along the road.  Each name was also written on each cup as a representation of one of the few means that some of the forty one have been able to communicate.

Following the tea service, five activists carried a banner calling for the liberty of those unjustly incarcerated including those at Guantanamo and also in US immigration detention centers and US prisons.

Now under its third presidency, activists are on high-alert following remarks by Donald Trump to “fill Guantanamo” using methods of torture “worse than waterboarding” as punishment.

On the campaign trail and thereafter, President Barack Obama promised to close the prison, but failed to do so.  Currently all but 41 of the 779 Muslim men held in 2009 have been released.  Protesters in jumpsuits held signs bearing the number 41 to represent those still held.

Five of those held there have been approved by the US government for transfer out of Guantanamo, and attorneys and supporters say the majority of the rest of the population has never been charged with or convicted of a crime.  Those five were not released before the Trump administration was in place, and attorneys say that some shown signs of torture.

Supporters of the detained demand an end to indefinite detention, “Guantanamo remains a blight on the US reputation and a provocation for hostility against us.”

“We’re not just here for the 41 prisoners that remain in Guantanamo, we’re here for the Muslims who might be then taken to Guantanamo, Dr. Maha Hilal of WAT talked to the crowd about historical trauma that those released have and will experience, “We’re here for the Muslim prisoners who have been released whose lives have been devastated and destroyed.  And let’s not forget about them because Guantanamo won’t end once the prison is closed.  That’s just the beginning of another phase of ending this assault on Muslims, ending institutionalized Islamophobia.”

Hilal joined other human rights activists, torture survivors, Guantánamo attorneys, 9-11 family members, ex-military officials, and members of diverse faith communities who all also called for Guantanamo’s closing, “Together we will stand united against the system of institutionalized Islamophobia that made it possible for the prison to be in operation for this long and to accept well over a decade of detention without trial.  Help us call for a just resolution for all those detained at Guantanamo and for the immediate transfer of the five detainees who have already been cleared to leave.  How much longer will our government hold people without trial in a prison on Cuban soil?” 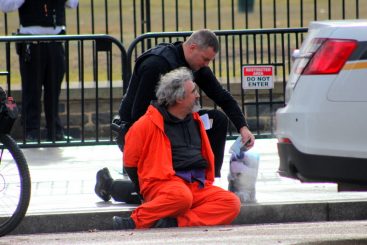 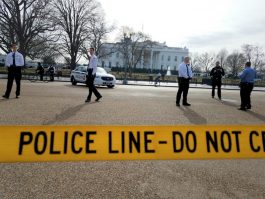 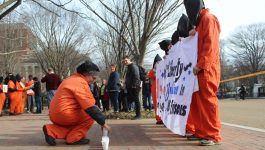 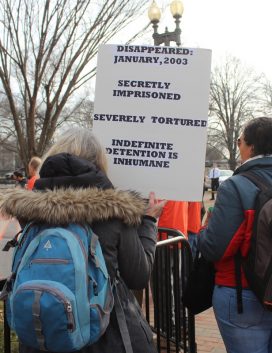 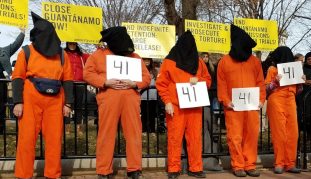 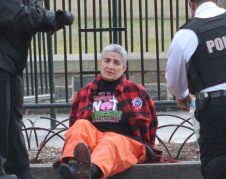 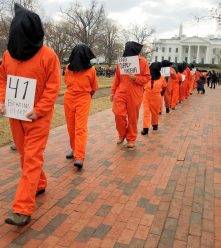 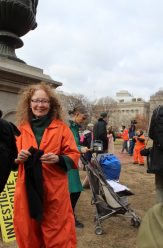 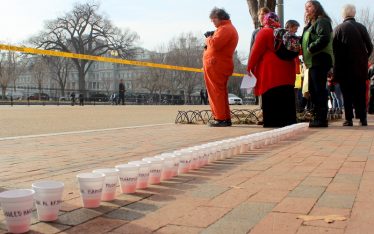 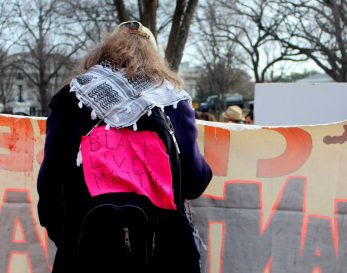 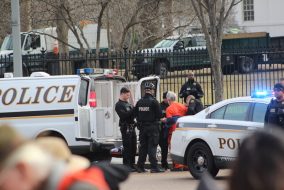 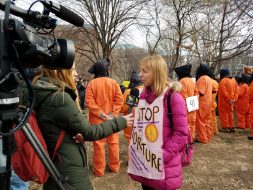 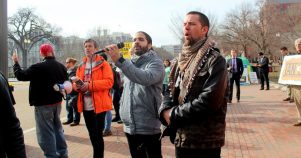 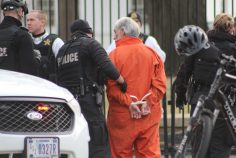 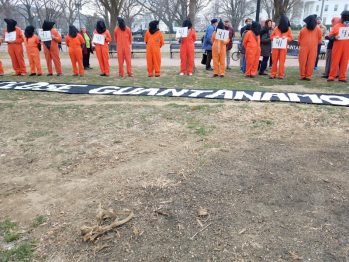 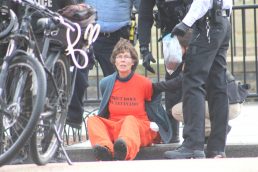 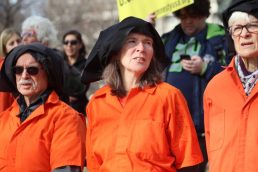 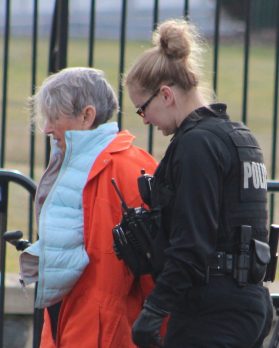 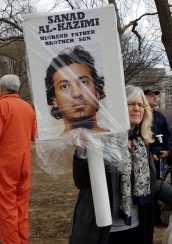 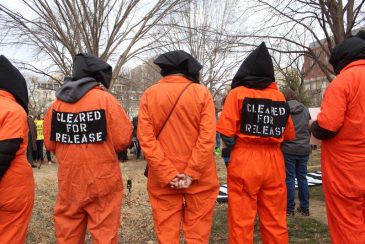