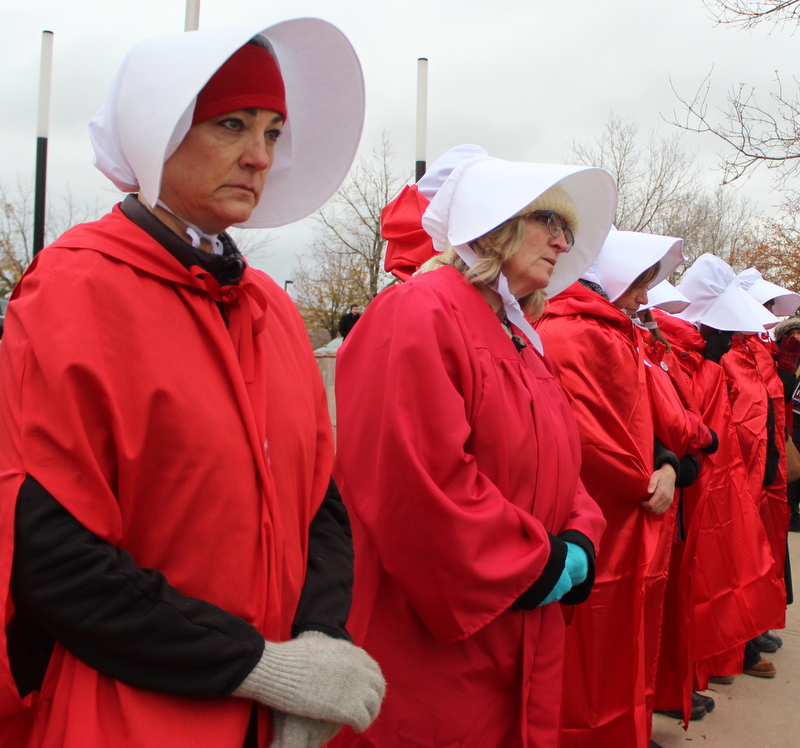 Lining the road leading up to the Marriot Tech Center in south Denver were over 100 “handmaids” symbolizing the dystopic condition of society in the novel, movie, and TV series the Handmaids Tale.  Protesters equated cultural suggestions in the novel with conditions under a Mike Pence Vice-Presidency.

Pence attended a Republican fundraiser at the Marriot where far fewer attended than were expected.

Speakers at the rally opposed Pence’s position on reproductive healthcare, women’s rights, working mothers, women in the military, and LGBTQ rights including gay marriage.   Groups from One Colorado, NARAL Colorado, the Colorado Religious Coalition for Reproductive Choice, Indivisible Colorado District 6, EDF Action, Planned Parenthood Votes Colorado, and the American Civil Liberties Union (ACLU) held signs and stood on four sides of the entrance to the Marriot for a chance to air their messages.  Some signs read “ABORT MIKE PENCE,” “My Body is NOT Public Property,” and “KEEP YOUR ROSARIES OFF MY OVARIES!”

“If it were up to Mike Pence, he would try to do to all women what he tried to do to Jane Doe,” Nathan Woodliff-Stanley, Executive Director of ACLU Colorado referenced a case in Texas that the ACLU won today where a Central American teenager sought an abortion, but her right to seek the service was tied up in court, “He would limit birth control causing more unwanted pregnancies and then he would try to force women to carry those pregnancies to term even If they were the victims of predatory men like the predatory man in the white house who mike pence ran with and who he supports every day.  Some kind of morality that is.  In this nation if a woman wants an abortion, she should be able to have one.  It is the law, and it is her decision to make.  Not Mike Pence’s.”

“We are a state that does not discriminate,” Reverend Amanda Henderson, Executive Director of the Interfaith Alliance of Colorado has often spoken out publicly and at legislative hearings in defense of the LGBTQ community, “We want to be here when mike pence’s motorcade rolls in.  This is our time to speak out for love, compassion, and equality, and assure that all people have access, and a chance to care for their own body, and their own community.”

While waiting for the motorcade protesters shouted, “Pence, Pence, go away.  Racist, Sexist, Anti-Gay!” “My body.  My choice!” and “No Trump.  No Pence.  It’s time for common sense!” 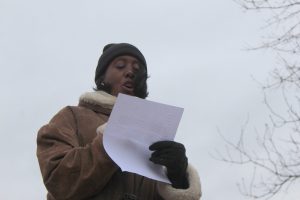 Defending Medicaid was Brenda Lasata (photo left), a homecare worker and single mother, “vice president Mike Pence has shown little respect for working mothers claiming that we are doing a disservice to our families and our children.  Many of them have not had a choice but to go into the workforce to support our families, sometimes at the cost of our own wellbeing.  We have shown sacrifice to our families.  I am here to say enough is enough.  Do not take away my healthcare”  Lasata referenced a 1997 letter to the editor of the Indianapolis Star written by Pence and exposed by CNN where Pence criticized two working parent households leading to “stunted emotional growth in their children.” 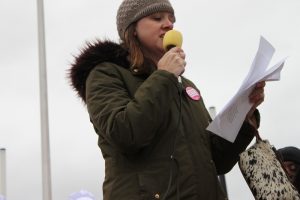 “As a legislator in Indiana [Pence] personally made taking away access to Planned Parenthood his mission.  He introduced an amendment prohibiting state dollars to go to Planned Parenthood.  With his help, state funding dollars were reduced, and the one Planned Parenthood in Indiana closed.  He does nothing to discourage those people who scream at women every day.  He does nothing to help women get to health centers to get the care they need.  So what happened in Indiana?  Planned Parenthood was located in one of the poorest counties in the state.  It was the only HIV testing site.  With the high rates of poverty, and the high rates of drug use, an HIV epidemic broke out.  At the height of the outbreak, 20 new cases of HIV were being diagnosed each week, reaching a total of nearly 200 people by the time the outbreak was under control.  This week I was at a conference where the current surgeon general was introduced.  And one of his accomplishments was fighting the HIV epidemic in Indiana, an epidemic created by discrimination by politicians, discrimination against women for their healthcare, discrimination against our LGBT communities.  This is wrong.  Mike Pence is wrong.  Policymaking should be based on science.  It should be based on evidence.  It should be based on facts.  It should be based on what people need.  It should be based on better health outcomes for every single person, not just those men that Mike Pence deems worthy.” 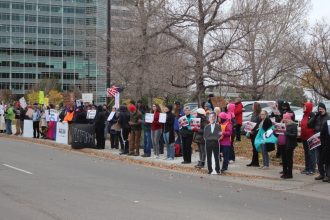