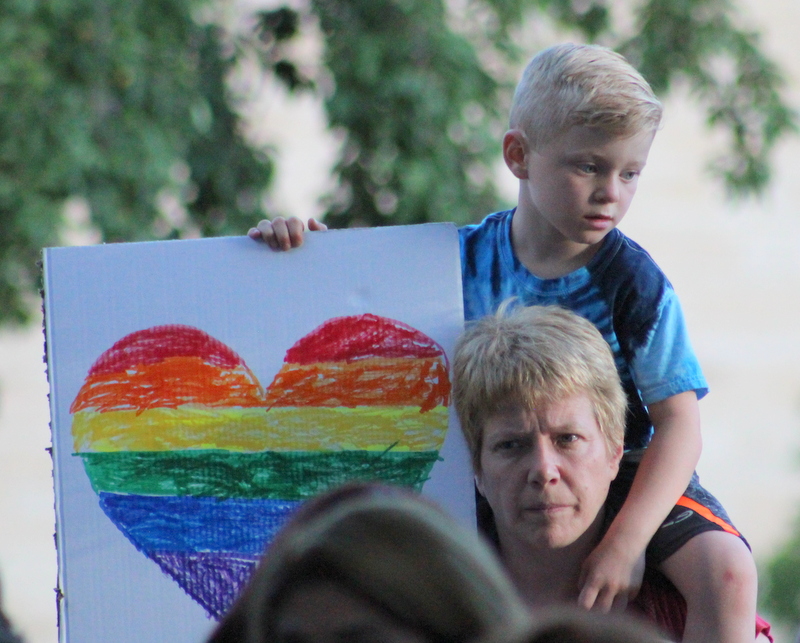 Following word of the mass shooting in Orlando, Florida today, vigils took place across the country including in the Denver/Boulder metro area.  Tracks nightclub in Denver and the Pridehouse in downtown Boulder were two locations where mourners gathered and listened to speakers, prayed, sang, and held candles.

Omar Mateen, 29 of Fort Pierce, Florida was shot and killed by Orlando police after he shot over 100 people, killing about 50 at the Pulse nightclub, an LGBTQ bar.

Although initial media reports portrayed the massacre as the largest shooting rampage in US history, the Colorado Springs Queer Collective issued a statement refuting the depiction,

“Queer Collective will refrain from referring to Orlando’s tragic event as the largest gun massacre in United States History. It is both factually inaccurate and potentially dangerous. Wounded knee was the largest recorded gun massacre in US history. Coordinated terror campaigns against Native Americans– like Wounded Knee– included imprisoning and killing hundreds of two spirit people– by the dozens in some communities– no one cares to remember that history but events like this are exactly how it gets erased.”

Sara Connell, Education and Services Manager with Out Boulder County also reminded the community of unspoken massacres such as the 1973 arson fire of  a gay nightclub, the UpStairs Lounge in New Orleans where 32 were killed.  Connell pointed to the media as contributing to a history of violence against the LGBTQ community, “Back then the media would not mention the word ‘gay.’  In fact the New York Times back then used the word ‘homosexual’ and only in limited circumstances.  So let’s face it.  We’ve made some progress but we’re also facing the exact same issues and the exact same hatred that we’ve seen.”

Some attending the Boulder vigil said that gay nightclubs are one of the few safe spaces to go as described by Juan Gallegos, Civic Engagement Coordinator for the Colorado Immigrant Rights Coalition, “When  I was a college student in rural Nebraska my friends and I would jump in a car and drive for two hours at the place where we could finally feel free.  And it was a gay club.  In that club we would usually feel that freedom from society in which we are still not completely accepted.  Many will try to demonize other communities.  Anti-immigrant, and anti-Muslim, and anti-refugee sentiments will be seen as a good outlet for our mourning but all those things stem from the same hate.  Let’s all come together as one and let’s not spread the hate but spread the love.”

At Denver’s vigil held at Tracks nightclub, others in the LGBTQ community criticized police presence, a major point of protest leading to the Stonewall Uprising of 1969, comparing the point to the presence of Mayor Michael Hancock whose police force is said by the LGBTQ community to single them out for violence and arrests.  Survivors Organizing for Liberation (SOL) , an anti-violence group and Buried Seedz of Resistance (BSeedz) a youth LGBTQ support group said in a statement,

“The lives lost today in Orlando are being used to justify heightened militarization and police presence within this country and abroad. The history of queer and trans communal spaces are rooted in acts of resistance against police brutality and targeted violence by state militarized forces. Police violence continues to be a serious and legitimate concern for LGBTQ people of color. Police violence takes many forms including refusal to take a complaint, harassment, discrimination, profiling, unjustified arrest, physical assault, entrapment, and sexual violence. We refuse to accept suggestions that increased police presence in our queer and trans spaces will improve risks of violence or increase any sense of safety.

We recognize and honor queer and trans Muslims as a part of our community. Islamophobic sentiments in light of the events in Orlando situates Muslims in our community as vulnerable to heightened acts of violence. We know Islamophobia and homophobia as the same monster known by different names.  The heightened anger and fear towards Muslim individuals and communities erases the lived realities of queer & trans Muslims. We know our liberation to be bound with that of our Muslim brothers and sisters. Si te hago daño a ti, me hago daño a mi.

Moving forward, we call on our Denver community to help us support those experiencing violence in its various forms by sharing the number to our hotline. SOL/BSeedz works directly with LGBTQ communities experiencing and surviving violence. We emphasize our solidarity with the Muslim community and offer our hotline as a resource for reporting and seeking support regarding acts of Islamophobia in addition to any variety of violence.

Speakers at the Boulder vigil wanted to keep the focus of recent incidents on violence against the community.  Kyle Velte, former president of the Colorado LGBT Association and current law professor added that the dominant narrative will “probably turn to a debate on gun control,” as explained by Velte,

Finally legislatures around the country should stop passing and proposing these awful, awful, awful, bathroom bills which are about fear mongering and they’re about the religious right’s view of what religion should be.  Their way or the highway.

So the pundits and the politicians are going to be talking about gun control, absolutely we’re going to have that conversation.  We’ve heard it a million times before, we’ll hear it again.  But I encourage you all to bring up this connection too.  Let’s protect the civil rights of LGBT people here in America.”

Connell redirected the crowd to another issue that she said might be misguided in media and public accounts, “We cannot allow this to be put off as simply another foreign inspired problem.  This problem exists here in the United States right now.”  Drawing applause from the crowd she went on,

“It’s going to fit the agenda of those who want to simply say that [the shooter] is an Islamist extremist.  They want you to believe that this is all that is going on here.  Why did this guy drive two hours to a gay nightclub to shoot people with an assault rifle?  We know it’s more than simply Islamic extremism.  We’re not  going to let people get away with saying that this is simply a problem with Islam or Muslim people.”

Hadi Abdulmatim represented the Islamic Center of Boulder who reiterated Connell’s statement while describing his reaction to word of the shooting.  As a Muslim he cringed at learning the shooters Arabic name, “I can’t even mourn the death and murder of my own countrymen now I have to go and make a statement that this doesn’t represent us as if somehow as a Muslim I’m tied to a criminal who goes and commits a criminal act.  On behalf of the Islamic Center of Boulder we join our fellow Americans in condemning the act of violence.  We offer our condolences to the families for their great loss from this tragic event.”

(all photos:  The Nation Report) 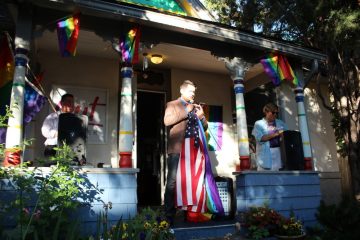 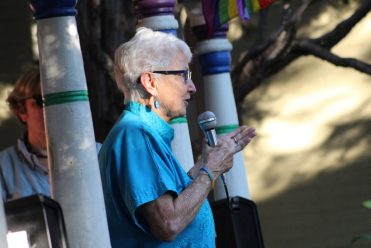 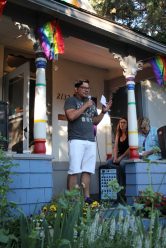 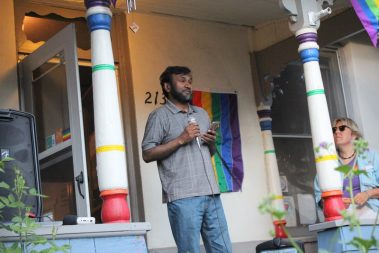 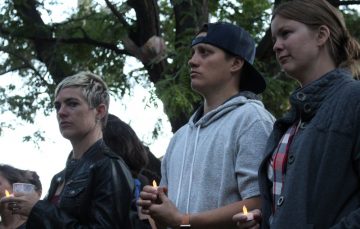 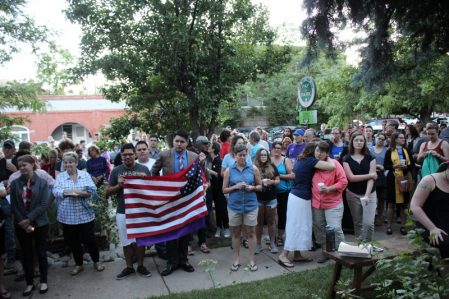 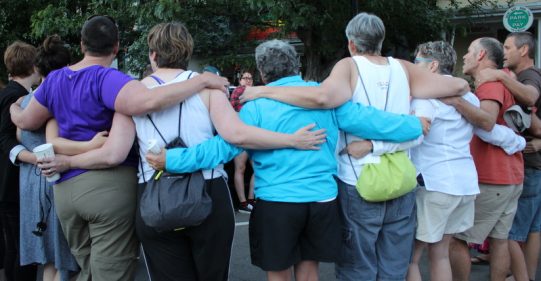