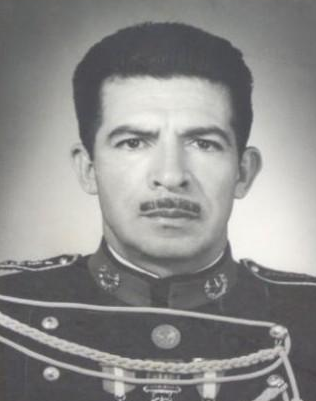 In 1982 President Ronald Reagan referred to Guatemalan dictator Efrain Rios Montt as a “man of great personal integrity and commitment.”

In 2009, survivors of the 1980’s genocide that Rios Montt oversaw, called him a monster.

A student of the notorious School of the Americas that has been documented by School of the Americas Watch (SOAW) as having taught counter-insurgency techniques, sniper training, and torture techniques among other acts of repression, Rios Montt is remembered as having overseen multiple massacres of Indigenous Ixil.  He was only charged with and convicted in 2013 of the murder of a fraction of those killed during the period he was in power from 1982-83.  Although the conviction was overturned, SOAW responded to the news of his death, “We do not forget that on May 10, 2013 Ríos Montt was sentenced to 80 years in prison after being found guilty of genocide and crimes against humanity.  We do not forget the courageous testimonies of dozens of survivors who exposed a regime that executed more than 10,000 Guatemalans, that forced thousands of people to seek refuge, and that exterminated 448 indigenous villages.”

It was in June of 2009 that the Denver Justice and Peace Committee (DJPC) led a delegation of Denver-area teachers in travel to Guatemala to take testimony of those who continued to suffer post-civil war.  The DJPC works in solidarity with the people of Latin America.

One survivor of the genocide told the delegation that she and several from the community of Nebaj – near where Rios Montt was born –  fled the massacres for nearby mountains and survived for years on leaves and other plants.  The group stayed hidden from military aircraft on sunny days, but celebrated cloudy days and the freedom of mobility to wander undetected.  Without access to news reports, the group eventually returned from hiding years later to find the disappearance of many friends and family.

In Denver, the news of the death raised the issue of those who were murdered, but also of those who survived the genocide.  Rick Clifford of Westminster, who led the 2009 delegation to Guatemala in 2009 responded to the news of Rios Montt’s death, “Guatemalans who witnessed the mass killings and torture of family and community members during ex-President Rios Montt’s scorched earth and genocidal policies against mostly indigenous Mayan civilians will not mourn his passing. Many familiar with his reign of terror will celebrate the 2013 guilty verdict handed down by Guatemalan courts indicting Montt of genocide and crimes against humanity. That will be Rios Montt’s legacy.”

Another Denver local said that the guilty verdict does not mean justice for families of those killed or injured who may never see justice.

And another local, Denver Justice and Peace director Rebeca Zúñiga, originally from Guatemala, told The Nation Report, “The death of anyone is a tragedy, but today seems a little less tragic to know that for a time the court considered Rios Montt guilty of genocide.  He was the US backed dictator who oversaw the massacre of indigenous Guatemalans during his 1982-83 regime.  His death reminds us of 200,000 who died in the country’s 36 year civil war and who continue to await justice.”