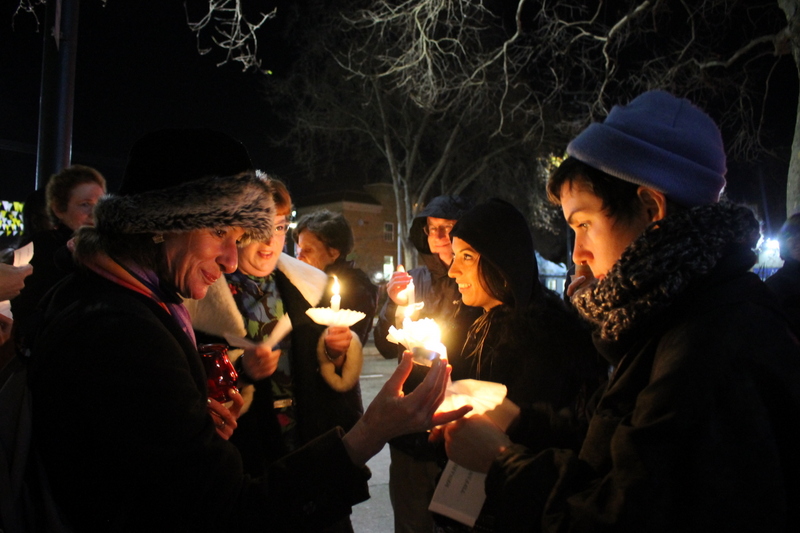 Originally organized to raise awareness of the murders of sex workers by Gary Ridgeway – also known as the Green River Killer – in Seattle, December 17 has grown in numbers and cities that hold either memorials, marches, vigils, or other types of community events.

This year in addition to affirming support to sex workers and to honor those impacted by violence – including police violence – the groups held a fundraiser to support the Black Coalition Fighting Back Serial Murders.  The organization seeks to bring attention, justice and accountability in the serial murders of Black women in South Los Angeles.  Many of the victims were sex workers.  The organization hopes to raise a permanent memorial for the over 200 missing Black women – mostly from Los Angeles – and works to gain compensation rights for the families of the victims. 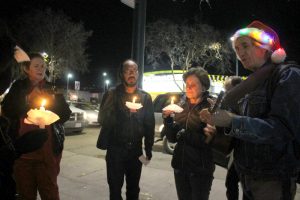 Rachel West organizes with US PROS in the Bay Area and told The Nation Report that December 17 not only exposes violence but also calls for officials to take action to prevent it.  One response by officials following years of sex worker advocacy was to repeal California legislation in December 2013 that discriminated against sex workers from receiving victim compensation funds after a physical or sexual assault.  After years of activism, sex workers and their allies were able to convince the Victim Compensation and Government Claims Board of their equal status as humans and that injuries resulting from an assault resulted in a financial burden comparable to that of non-sex workers.  West said that it took a year of press releases, presentations, and appearing at the capitol in Sacramento to win the repeal of the regulation,  “Today we want to acknowledge that victory.”

The win though spoke to a larger issue than financial compensation.  Sex workers felt vulnerable to violence under laws that didn’t recognize them as victims. According to testimony earlier this year in addressing New Hampshire lawmakers, perpetrators of violence remain well aware of the lack of legal protections, and this knowledge has contributed to the perpetuation of violent crimes under little legal penalty to dissuade an attack.  At questioning, the Green River Killer referred to this lack of status of sex workers and targeted this group because he felt that no one would care to look for the  missing women.  Sex workers point the difficulty in reporting crimes when the workers themselves are viewed as criminals in the eyes of the law in some states.

According to West, serial murderers often begin targeting sex workers before they target the general population, “Decriminalizing sex work is the way to make it safer for sex workers.”  In the south Los Angeles serial murder case West assigns blame to the media for under-reporting about the murders, and to the police for the lack of response and the failure of police to notify the south Los Angeles community of the safety issue.  The murders that drew convictions took place between 1985 and 2007, but those dates are thought to be too narrow as more victims come forward.

Additionally distressing to organizers were the police reports of the murders referring to the victims as “NHI,” or “No Human Involved.”  The Black Coalition Fighting Back Serial Murders criticizes media and police apathy for the subsequent murders pointing to a lack of investigation.

Organizing strategy by the Black Coalition Fighting Back Serial Murders pushed for greater police accountability.  After years of protests, press conferences, and other actions, an arrest of the so called “Grim Sleeper” was made in 2010 and a conviction was reached in May 2016.  Lonnie David Franklin Jr. was sentenced to death for ten of the 100 known murders, yet 200 are still missing.  All of the women are Black. 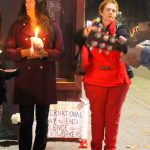 Carol Leigh, longtime organizer for sex worker rights told The Nation Report that she wanted to recognize Robin Few and Annie Sprinkle who founded International Day to End Violence Against Sex Workers, “It was just a few people in a few living rooms around the world in different cities.  Now there’s hundreds of thousands of people who are working on this issue and it’s really enormous how far we’ve come.  We realized that the world was using the violence against us as an excuse to repress us more and causing more violence.” 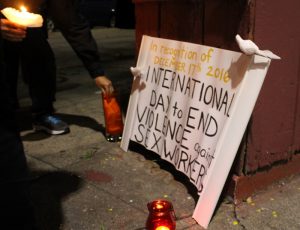 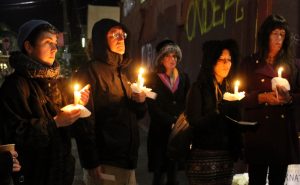