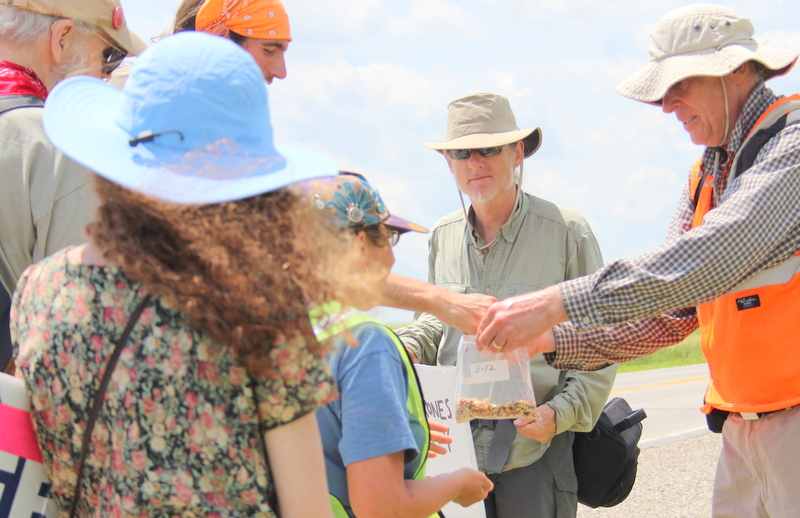 GRINNELL, IOWA-Today, ten human rights activists who are walking 195 miles from Rock Island, Illinois to Des Moines, Iowa via Highway 6 stopped to let Monsanto know that they were there.  Their message for doing the walk is to raise awareness about drone warfare and to bring the voices of those who have lost innocent family members to drones.

But today they could not pass up the opportunity to leave a separate message for the agri-giant located just outside of Grinnell, Iowa on the highway that crosses most of the state.  Just before reaching Grinell the group planted organic Indian corn seeds along the public right of way on the highway right outside of the Monsanto plant.  As participants held a handful of seeds they spoke. 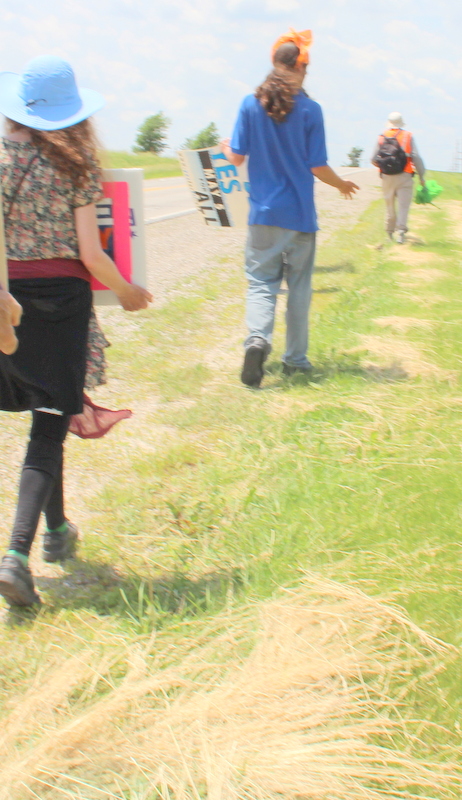 Diane Lopez Hughes of Springfield, Illinois is a member of Voices for Creative Nonviolence that coordinated the walk, “Great Spirit guiding us on life’s paths and on this act of nonviolence, give us continued courage to take these small steps to help heal precious earth.   Planting your native corn in view of the place where agri-business would sicken us and walking to Des Moines to tell the stories, to tell the truth that may protect all people from the violence of drone warfare so may it be.” 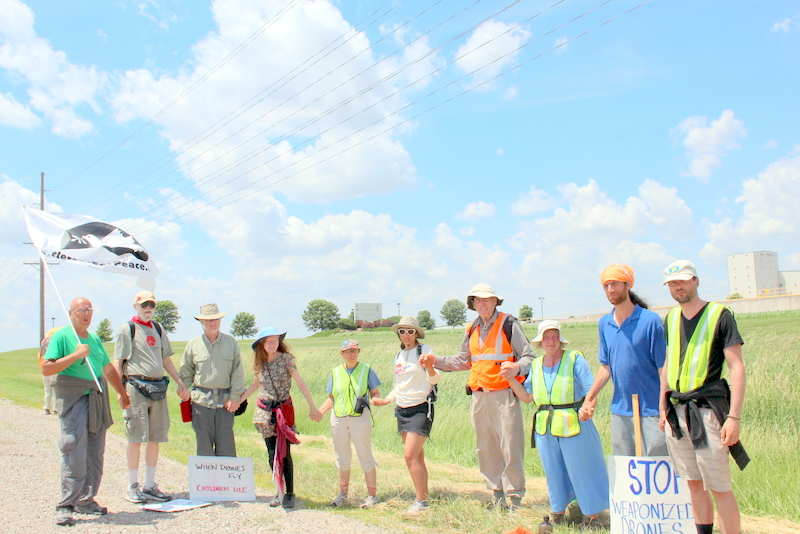 Scott Summers of Harvard, Illinois is one of the drone walkers and gave an impromptu speech at the event, “Mother Earth, Father Sun, we gather here today to cast the seed that has been handed down to us by hundreds of generations.  We stand in respect of all that has gone before and we propose to be your guardians of everything that goes forward.  And we cast this seed in the shadow of a corporation that would take this subsistence away from the people of the world.  We will stand for what has gone before.  We will honor our past and honor our future.  And by so speaking,  I cast this seed. ” 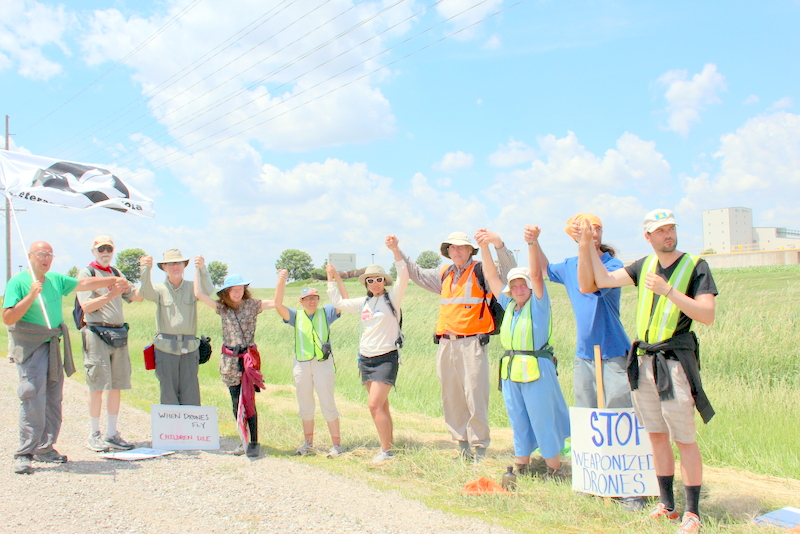 Kathy Kelly is a Co-coordinator with Voices for Creative Nonviolence, “My sign says, ‘Drones Create Enemies and Decrease Security.’   I’m sorry to say that Monsanto also creates enemies especially amongst people who are farmers and who want to use the land properly.  So I want to encourage defiance but also a great gratitude to those who have tried to farm the land in a way that’s in harmony with Mother Earth.” 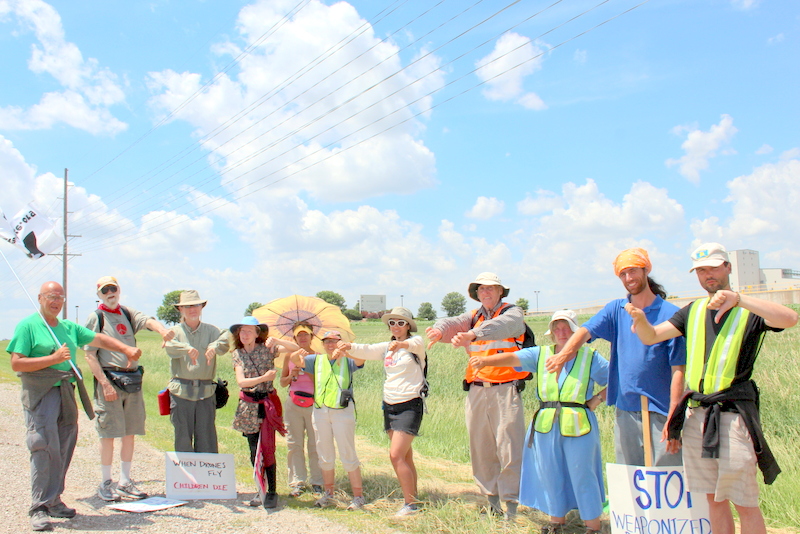 “Creator Spirit.  Thank you for bringing us the corn and all the nourishment we need.” Alice Gerard is from Grand Island, New York and had joined the Drone Walk,  “We send it to this place where they create unhealthy, dangerous corn that is no good for the soil.  We ask for the protecrtion and the health of the bees who bring us life who we don’t appreaciate enough and so I send this corn in appreciation of the bees and our beautiful Mother Earth.”

It was just over three weeks ago that hundreds of thousands of people in six continents held rallies, marches, protests, and street theatres to send a message to Monsanto, their governments, and to other people about their objection to the practices of the corporation.  Most protested the monopoly that the corporation has over the world’s agricultural practices, seeds, and traditions that have been in place for centuries.   Globally speakers spoke out against genetically modified crops engineered and patented by Monsanto and against Monsanto’s Round –Up Ready insecticide.

The Grinnell Monsanto plant was comprised of several buildings and a parking lot which stored dozens of former school buses.  Local community member Chris Gaunt who also joined the Drone Walk said that the buses are used to transport workers once the corn is high enough to necessitate intervention.  Gaunt said that she protested Monsanto’s practices and existence in her community two years ago for which she was arrested.  Upon her arrest she asked the local sheriff if he had ever made an arrest to which he replied, “Never.”