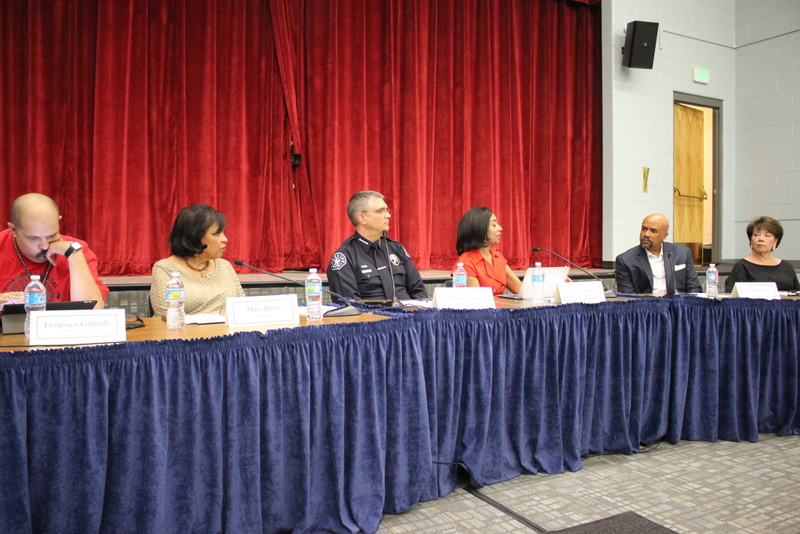 Following a commissioned report by Hillard Heintz of Chicago and OIR Group of Los Angeles that highly criticized the function of the Denver Sheriff Department, Denver Sheriff Patrick Firman detailed to the public the new Use of Force Policy at the Quarterly Public Forum held by the Citizen’s Oversight Board on Thursday.  In a position that is appointed by the Denver Mayor, Firman faced a department that drew 277 recommendations and 14 major findings from the evaluation since taking office in October of 2015.

Overall, the evaluation recommended an across-the-board renovation of jail operations, management, and culture.

One recommendation suggested that the department communicate directly with the public so the Denver community should expect to become more familiar with Firman and the Department outside of the quarterly COB forum. 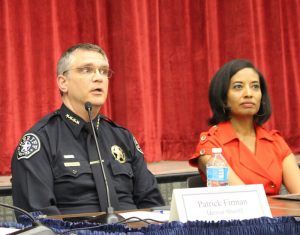 But concerning the use-of-force incidents in the jail that resulted in 9.3 million dollar payouts in 2014 in just two lawsuits, the report concluded that the entire culture needed to change, especially in training.  In the past, supervisors would draw conclusions about use-of-force incidents without interviewing witnesses or reviewing video footage.  Given that investigations conducted by the department were deemed “wholly inadequate” in the evaluation report, Firman affirmed that the department would implement Critical Incident Training (CIT) this week that included a policy of “minimum use of force” including with the 80 recent graduates from the academy to which 1900 applied.

Co-Chair of the Colorado Latino Forum, Denver Chapter Lisa Calderon was also a speaker at tonight’s forum and offered approval of the effort but fell short of praising leadership for the change, “[The actual] reform [of the department] started years before.  The reason why we have a reform process in the first place is that activists have pushed for this reform.” 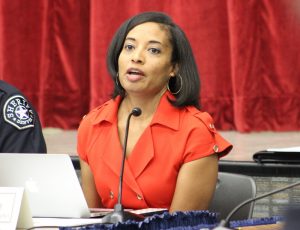 She added that the the new policy is consistent with community expectations especially in the Preamble that asserts “basic human rights and dignity”  and the upholding of these rights in a fair manner.  She cautioned though that this fairness needs to be practiced in “everyday doing of business” and not just handling use-of-force cases.  “There is no hierarchy of life and a sheriff’s life is not more sacred than that of a person incarcerated.  The jail population is a higher traumatized population and we want everyone to go home at the end of the day.”

Calderon pressed for an implementation timeline of the new policies and for clear definitions of terms such as holding people “accountable.”  She outlined four “potential pitfalls” that she called “the four I’s”:

Injury and how to reduce it.

Indifference and reducing desensitization resulting from daily operations.  In her work with those incarcerated, she witnesses a culture of “paternalism” and the treatment of the incarcerated as “less than adults, less than intellectual beings without a sense of agency.”

Inertia and following a leadership change that the process of implementation must begin all over again.

Incompetence the lack of familiarity with the community as seen in the jail population that is disproportionately black, brown, and native. 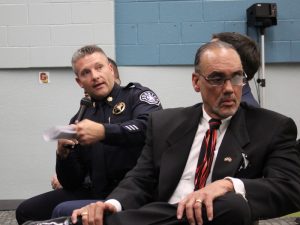 Major Kelly Bruning of the Denver Sheriff’s Department gave the perspective from the department’s view that sheriffs need to “look after each other” and will work for policy implementation that will determine if an officer needs to actually respond to an incident at all but will give a deputy a “reasonable” time to act.

During the question and answer section Roshan Bliss, member of the Denver Justice Project questioned unclear terms that don’t seem to have been defined in what he was hearing, “What is a ‘reasonable’ time to respond?”  All but one community member spoke critically of the Sheriff’s Department or of their faith in a new policy during the Q and A. 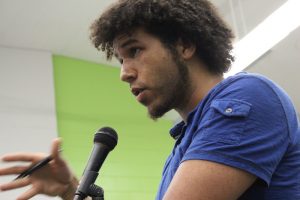 Video cameras played a major role in discovering key elements that contributed to the deaths of Marvin Booker in 2010 and Michael Marshall in 2015 in the Denver jail.  Firman said he favored the acquisition of more cameras in the jail but cited the lack of financial resources for additional cameras.  He noted the “blind spots” in the jail over which there doesn’t exist policy for avoiding as he explained to The Nation Report, “When we have buildings as big as we do, you’re always going to have blind spots.  We make sure we have cameras in all of the critical areas, in the intake areas and our housing areas.”

Firman affirmed to The Nation Report that “Where we have a lot of inmate contact, we would make sure that those are where the cameras are.  We don’t have any rooms where there are no cameras.  Like in the housing units there may be a pillar that blocks and so sometimes it becomes difficult like when we’re reviewing an inmate fight or something like that because they go behind a pillar or something, so those are the types of blind spots that I’m talking about.”

But it isn’t contact between the incarcerated that led two Boulder men to interview in February 2016 about the treatment they allegedly experienced in the Boulder jail.   The blind spots were named by them as areas that sheriffs used to commit abusive acts against the two, leading one of the men, Robert Kirkland, to bring a lawsuit against the department for the broken legs that resulted during his incarceration.  He eventually lost the lawsuit but one contributing factor in the case was the lack of video cameras in his housing unit.

Co-chair of the Colorado Latin Forum, Denver Chapter Lisa Calderon sat on the panel tonight and also on the policy panel and said that she was impressed with the process that gave her a sense of empathy for the deputies in crisis situations.  Of the community response to the new policies and the process leading up to the new provisions Calderon added, “It’s an imperfect process so you never get what you want to get completely but I’m always appreciative of having community ask those questions that in fact we raised in the process and so having them really pointed out and punctuated in a forum like this is really important.  I would have been disappointed if those questions weren’t asked.  I think that there were questions that weren’t answered like increasing cultural competence and really working with communities of color.”

Still she said that the process fell short in addressing who ends up in the jail in the first place, “Given that the jail population is over 60% people of color and with the changeover of the administration.  It’s not reflective of who’s in that jail.  And it doesn’t guarantee that just because they’re people of color either that they’re also going to be fair. We need to have a balance between people who understand our communities but who are also going to be fair and humane to our people who are in jail.” 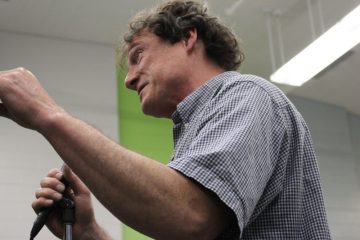