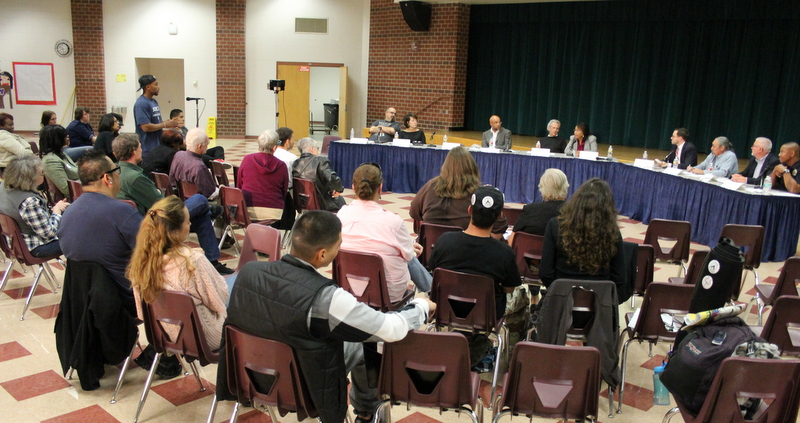 Denver resident Alex Landau blasts the City of Denver for failure to resolve his 2009 beating case at the hands of Denver police officers. His case was settled in 2011 for $795,000 although the responsible police officers are still on the job.
photos: Tiburcia Vidal/The Nation Report

DENVER-About a dozen Denver residents spoke about ongoing and deteriorating relationships with the Denver Police Department to a six-member Citizen Oversight Board (COB) and the Office of the Independent Monitor (OIM), headed by Nicholas E. Mitchell.  The COB is made up of volunteers who are appointed by the Mayor of Denver and approved by City Council.  The Board oversees the Office of the Independent Monitor, makes recommendations for policy and training issues, and holds public meetings for the purpose of addressing resident concerns.   Four times a year, the COB holds quarterly public forums and allows 2-3 minute public comment.  The Board currently consists of a six-member panel:  Dr. Mary Davis, Chair; Francisco “Cisco” Gallardo, Vice Chair; Cathy Reynolds; Nita Gonzales; Pastor Paul Burleson; and Dr. Steven E. Foster, Rabbi Emeritus of Temple Emanuel.    According to the COB website, the attendance of  the Manager of Safety, the Chief of Police, and the Undersheriff are all required at these quarterly meetings however, none was present at tonight’s forum. 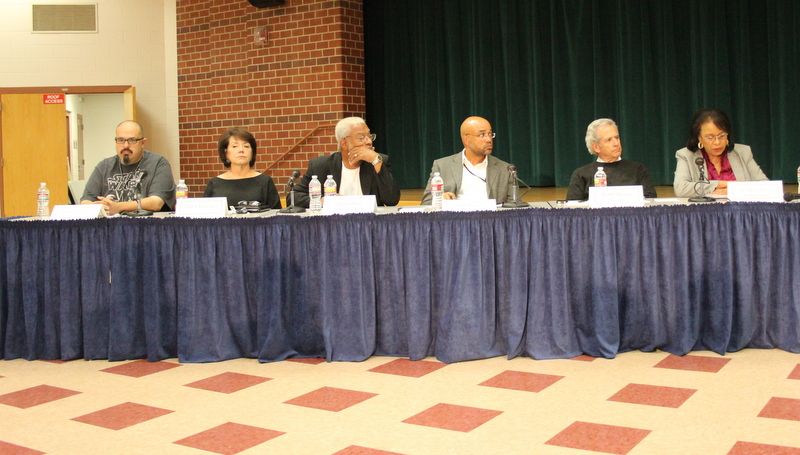 Most public complaints centered on the issue of alleged police misconduct at the weekly protests outside of the Palm Restaurant in downtown Denver.  Members of community groups have staged a weekly boycott of the restaurant in response to the support for the Denver Urban Camping Ban that manager Wendy Klein voiced prior to the ordinance passing in May of 2012.  The Denver Urban Camping Ban outlawed sleeping outside in public or private places while using any form of cover such as a tarp, sleeping bag, or even cardboard. 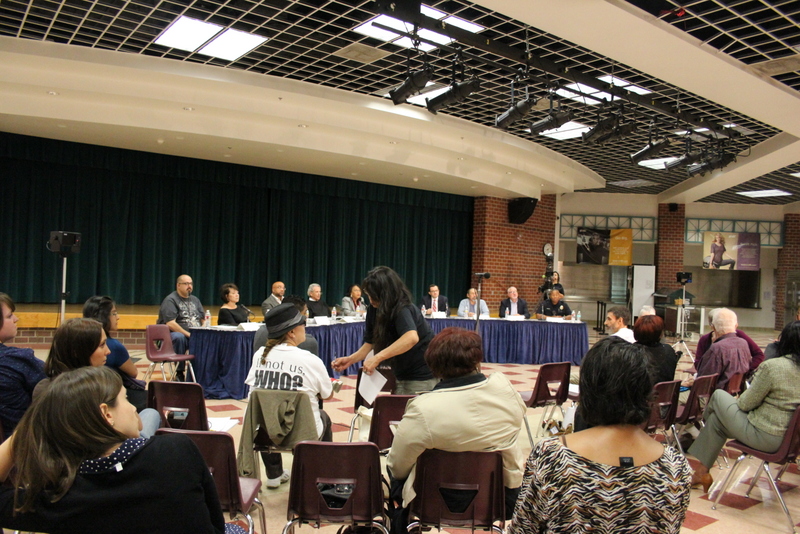 Janet Matzen of Denver spoke about her experiences with the Denver Police, “[The Denver Police] are out of control.  I’ve had four jaywalking tickets, three arrests.  They’re nasty.  This one came up to me when I was all by myself and called me every name he could possibly call me.  I could only imagine what they do to the homeless people out there.”

Many of the complaints cited the police officers’ refusal to submit department business cards upon request-a Denver Police Department requirement.

“Matzen continued, “We have it on video.  They don’t give us their cards.” 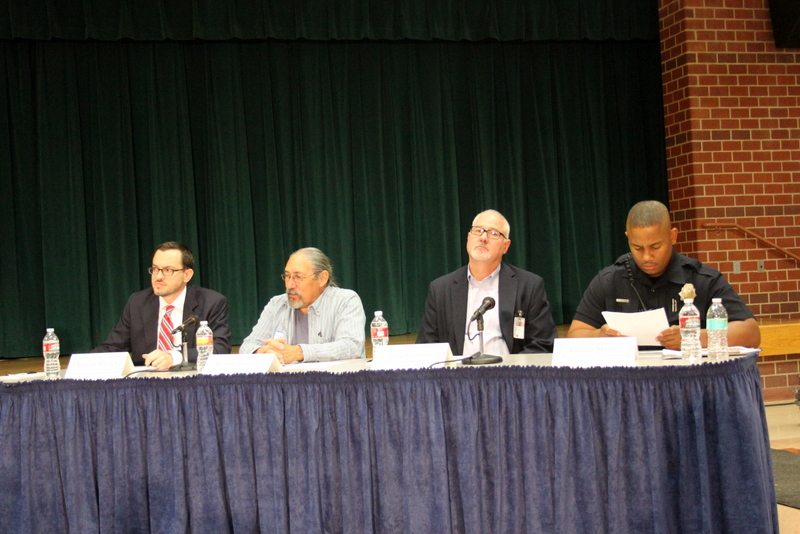 Laura Avant is a former social worker and said that she has protested at the Palm Restaurant, “I boycott the Palm because they were so instrumental in getting the Urban Camping Ban Passed so the homeless people are now criminalized, arrested, and thrown in jail, prohibited from covering themselves with a blanket anywhere in the city.”

On April 3, 2013 the homeless advocacy group Denver Homeless Out Loud (DHOL) released the results of a 2-month long survey of 512 Denver community members who said that they were without a home.  Results showed that 66% of those who used to sleep downtown before the Ban said that they were now sleeping in more hidden and unsafe places.  Avant cited the DHOL survey, “[Those who are homeless] are frightened.  They have to sleep one at a time.  They’re victims by any amount of predators out there and unfortunately the majority of those predators are wearing police uniforms.”

The Citizen Oversight Board holds semi-monthly meetings and the next is scheduled for tomorrow at 10:00 a.m. to 12:00 p.m. in the OIM conference room on the east end of the twelfth floor of the Webb Municipal Bldg., located at 201 West Colfax Avenue in Denver.  These meetings are open to the public.