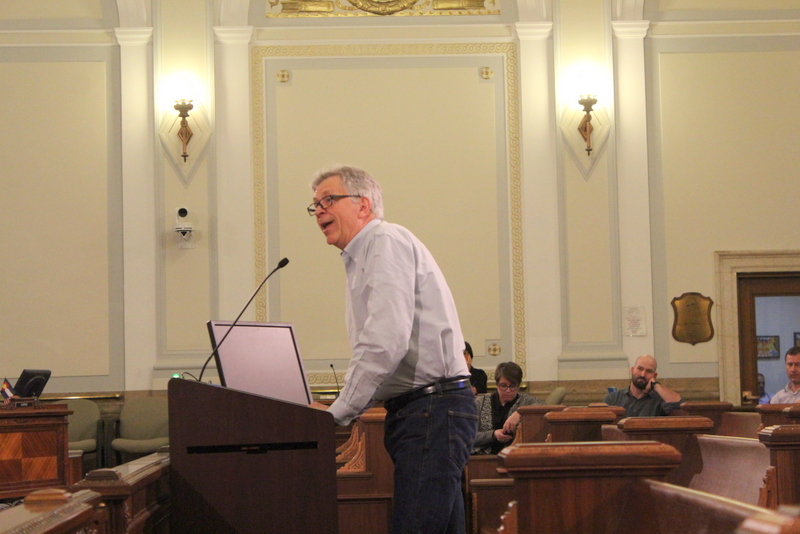 Editors note:  In July of 2016 Denver City Council began hearing its first general public comment session from members of the public speaking for three minutes on city matters of choice, but only during the first Monday meeting of each month.  Prior to this new procedure- approved May 23, 2016 – the public was only allowed to comment on agenda items.  Because this public comment session is not televised, we at The Nation Report felt it important to document for readers, issues that were most raised by members of the public that follow our mission statement.

“I just thought Denver could do better than this.”

The issue raised by most speakers regarded limits on small lot parking exemptions on new development.  In August 2016 Denver City Council unanimously approved a moratorium that would exempt large-scale developers from the city’s small-lot parking exemption.  According to the current exemption, 6,250 square foot lots in mixed-use zoning areas wouldn’t be required to build off-street parking.

A new proposal though, would only exempt developers from building parking for the first three floors of new construction if the housing site is within a half-mile of a light rail stop.  Buildings taller than that would require parking for apartments or commercial space above the third floor.  March 20 is the earliest a vote could take place on the proposal.

Council member Albus Brooks who fell subject to discontent among the Denver community for his support of the 2012 Urban Camping Ban, called the plan a compromise.  Brooks suggested that parking was needed, but that developers should be able to develop the empty lots.

The introduction of small apartment and studio construction led to the lack of parking in some areas.  Some proposals presented to the city by developers were 50 to 100 unit buildings without parking.  Brooks expressed that in high density neighborhoods with that many units, that strict parking requirements might turn off developers.  With a future of mass transit over private vehicle transportation, and with other cities adopting comparable projects, huge parking lots will probably be obsolete.

Public speakers at the meeting agreed.

Alison Torvic lives in the “uptown” neighborhood of downtown Denver.  She said that in 2010 when debates first started over parking and high-density housing, that few expressed the desire to live in a 200-300 square foot unit but that now all citizens should have options.  In her neighborhood, she says that restaurant workers can’t live where they work due to the lack of affordable housing.  As one solution to affordable housing, Torvic favored making parking more difficult to facilitate “making transit easier.”

Also in support of the small lot consensus agreement was Frank Locantore who identified himself as part of the Yes in my Backyard (YIMBY) movement.  He questioned council about sharing the advantages of Denver’s amenities without getting priced out of housing whether to rent or to buy, “So either we make decisions that allow for more parking or we’re making decisions that allow for more people.  I would like to encourage everyone to support more people.”

Andy Sense who said he uses a bike as his mode of transportation excluded himself from the source of traffic congestion and polluting the air.  He connected a sustainable future with limiting parking, “Parking minimums are bad because they drive up the cost of housing, incentivize the use of private vehicles at the expense of other modes of getting around.”  Sense added that establishing parking minimum requirements sets the city moving down the status quo of transporting people, “This town has been planned with cars in mind, and not for people.  People who ride or take the bus are not the ones causing the problems associated with moving people around in this town, but are constantly the ones asked to make the concessions.”

Paula Bard and Dianne Thiele addressed council about those experiencing homelessness.  Bard who is a local artist described a project she created talking about the reality of those who have lived on the streets,  “A perpetual state of emergency has been normalized.  Deprived of the fundamental rights of citizenship, the homeless now live outside of democracy.  These unfortunate citizens are caught in the political and economic whim.”  Bard described the lives of someone living with lung cancer, another who lost his wife, and of two people who lived at Resurrection Village before it was destroyed by Denver Police.  One delivered lunches on his bike, and another graduated from the University of Colorado with a degree in English literature.

Thiele distributed to council a review of the effects of living under the condition of sleep deprivation and how whether living on the street or in a shelter that people are not getting enough sleep.  Safety conditions on the street were described by Thiele as a humanitarian crisis, “Our houseless citizens have to be vigilant at all times to prevent rape, theft of belongings or other violence.  Police officers drive by in the middle of the night, shine a bright light in the faces of our citizens sleeping outdoors, call out their names on loud speaker, make them get up, and tell them to pack up and move one.  Or they just warn these people that [they’ll] be back.  Does that mean in an hour, in the morning, the next night, or when?   Do you think our houseless citizens can go right back to sleep after such an encounter?”

Thiele referred also to Central Intelligence Agency (CIA) “black sites” located globally where torture had been exposed, “One of the ways that we did that was to use sleep deprivation.  We kept prisoners awake for days with the intention of breaking them mentally.  And it worked.”