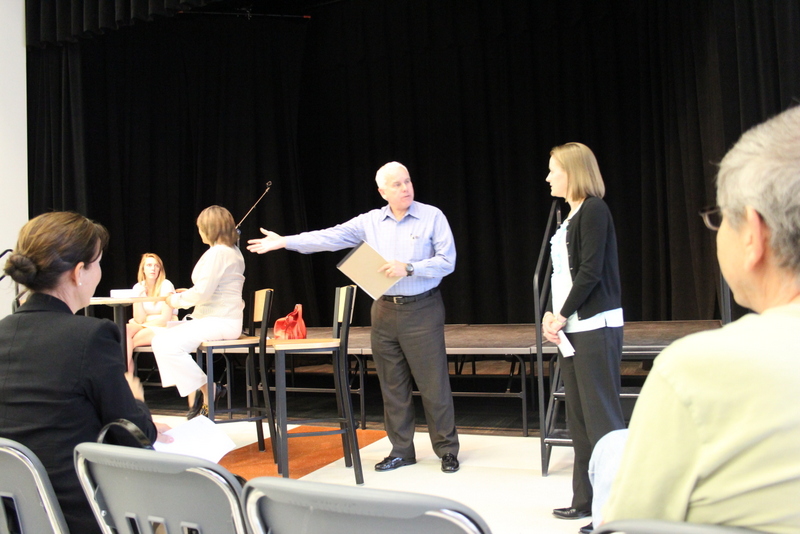 Representatives from the Conoco-Phillips Corporation say that they will step-up their hydraulic fracturing-or fracking efforts in Aurora. Photos: Tuburcia Vidal/The Nation Report

DENVER-US Representative Jared Polis and State Senator Rollie Heath of Boulder have not in the past staffed their town hall meetings with police officers.  US Representative Cory Gardner has with multiple guards.  Colorado State Representative District 7 Angela Williams has as well and today she used them to remove two constituents from her town hall meeting when they spoke out against Colorado foreclosure laws.  Several others in attendance spoke out as well.  In response, she threatened to shut down the meeting.

It was in 2009 during the height of the foreclosure crisis that Representative Marci Kaptur of Ohio encouraged her constituents who had suffered a foreclosure to remain in their homes, “So why should any American citizen be kicked out of their homes in this cold weather in Ohio?   It’s going to be 10-20 below 0.  Don’t leave your home!  Because you know what, when those companies say they have your mortgage, unless you have a lawyer who can put his finger or her finger on that mortgage you don’t have that mortgage.  So I say to the American people:  You be squatters in your own home.  Don’t you leave!” 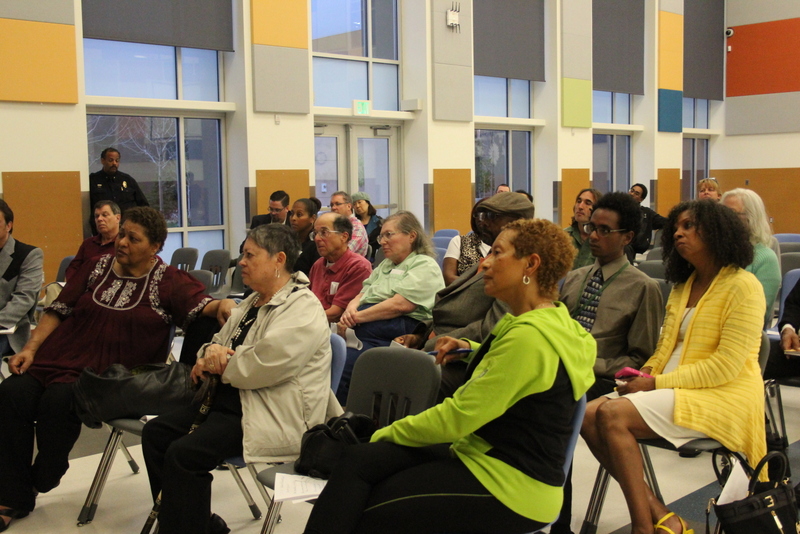 On March 27, 2013 members of the Colorado Progressive Coalition and the Colorado Foreclosure Resistance Coalition staged a sit-in outside of Representative Williams’ office in the state house.  They said that they attempted to speak to her about fraudulent foreclosures and about House Bill 13-1249, the Colorado Mortgage Accountability and Housing Stabilization Act introduced by Colorado House District 8 Representative Beth McCann.  Representative Williams refused to meet with the groups.  Members of the groups told The Nation Report that Williams communicated to them that she would only meet with constituents leading them to question why she was holding meetings with the Colorado Business Association who were “not constituents.”

At her March 11, 2013 town hall meeting she expressed support for HB 1249, “You close on a home, and then you know the minute we close on it, twenty-four hours later it’s usually sold to someone else.  We’ve got to make sure that when that title moves, the person who has it actually has title to it.  And that’s what we’re trying to do to help homeowners.  To keep up with that title before it gets to that Rule 120.” 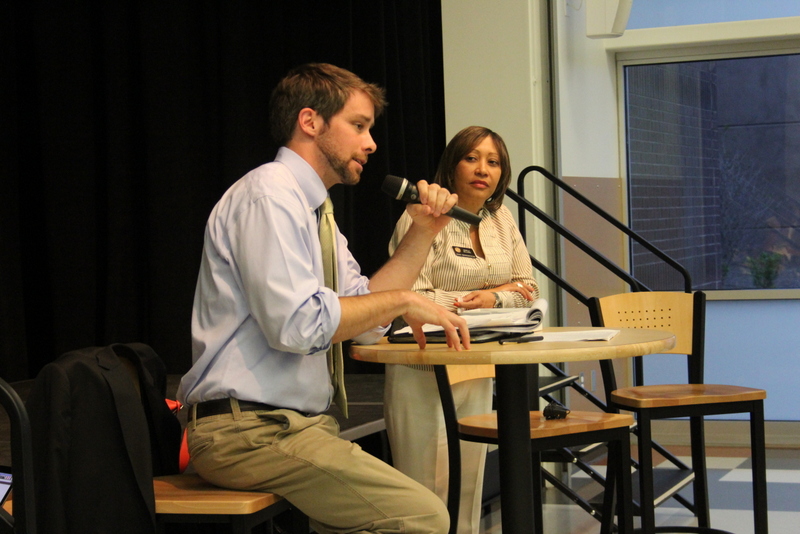 Then one month later on April 11, 2013 Williams voted against the Bill during a vote of the Business, Labor, Economic and Workforce Development Committee which she chaired.  Eight other members of the committee followed her lead.

At Representative Williams’ town hall meeting on May 15, 2013 several participants expressed outrage about the twenty minutes that she allowed the Conoco-Phillips Corporation to present their intentions to begin hydraulic fracturing in the district while at the same time refusing to listen to participants.  At this meeting, she changed her position on the bill saying that the issue involved a borrower’s failure to honor a contract, “, “Basically what the Rule 120 hearing is, is if a mortgage company brings a foreclosure on your home, the judge determines number one, who owns the debt, and is the buyer in default?.  Now there are some people in this room who are very concerned that that bill didn’t pass.  Have you been reading the papers where the judge Martinez stopped a foreclosure because he questioned the attorney of who owned the debt?  Bank of America pulled out.”

Yesterday, U.S. District Court Judge William J. Martínez ruled that Aurora homeowner Lisa Brumfiel could not be removed from her home.  Brumfiel is citing the 14th Amendment of the Constitution that protects an individual’s right to due process which is a key point of contention among those who are advocating for homeowner’s rights.  As Colorado law stands now, a lawyer’s signature is all that is required as proof of rights to pursue a foreclosure. 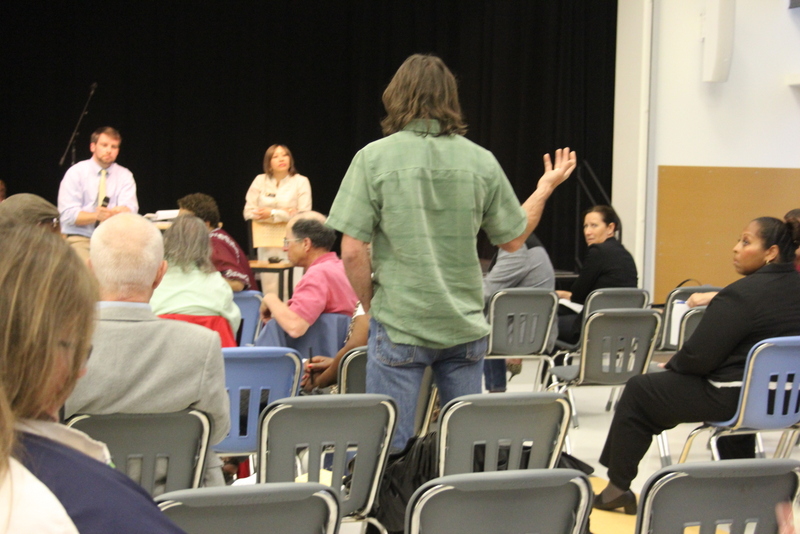 A member of the audience responded to Williams, “He questioned the constitutionality of (inaudible).”

Williams interrupted, “He’s questioning the constitutionality but he can’t even answer that.  That’s how complicated this piece of legislation was. ”

Another member of the audience questioned, “Then why did you back off on (inaudible)?”

Williams interrupted, “You need to let me finish or I’ll shut this meeting down.”

She continued, “On the Rule 120, if you’ve been reading the papers, the judge stopped the process because the attorney couldn’t show who owned the debt.  That’s one part of it.  So what he’s doing right now and matter of fact, I know for a fact that he’s called off two hearings because the law’s so complicated, he can’t even determine whether it’s constitutional or not for due process.”

Another member of the audience interrupted, “That is a mis-characterization because the banks pulled their foreclosure out of the court so that the proceeding wouldn’t go forward.”

Williams responded, “The judge has not made a determination as to whether or not it’s constitutional.  The second piece is, is that the deed of trust says it’s a contract.  When you buy a house, you make a promise to make the payments in exchange for that house.  Right?  And that’s the other piece that the Rule 120 does.  The deed of trust allows the mortgage company to foreclose on the house if you don’t keep your contract.  So what I will say to you is that 1249 did not pass for those reasons.”

Several members of the audience responded in protest to Williams’ statements. Fred Henrich was one person who spoke out during the town hall meeting.  As a member of the Colorado Foreclosure Resistance Coalition-a homeowner advocacy group, he told The Nation Report of his experience with the Rule 120 hearing, “The way the 120 hearing stands now.  There is absolutely no due process.  The homeowner cannot even speak.  He can answer two questions.  That’s all he can do at the 120 hearing.” 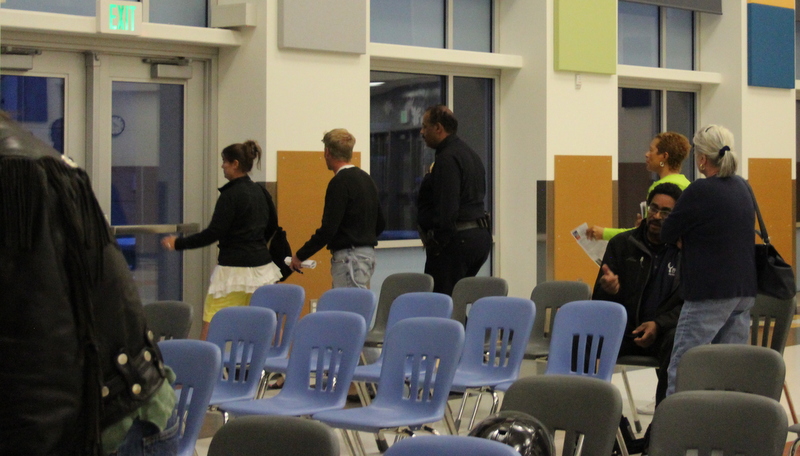 In a statement to The Nation Report, one audience member who interrupted said that he felt compelled to speak out because of Williams’ switch in positions.  Darren O’Connor is a member of the Colorado Foreclosure Resistance Coalition,

“The Business Labor Economic and Workforce Development Committee was hearing House Bill 1249.  It had just been released a couple of days or a day before.  [Williams] supported the bill.  She supported the fact that the Rule 120 hearing was unfair and that her district is the most foreclosed on district in the city.  So I left that thinking, excellent we have a champion for this bill and she’s the chairman of the Committee that will hear it.  Immediately after that we tried to meet with her because she immediately started sending out emails that were really quite frankly a [parroting] of Colorado Banker’s Association talking points.  So sometime between March 3 and a few weeks later, she went from being a champion of this Bill by her own words and recognizing the need of her District 7, to saying that this was too complicated of a bill.

I come to her meetings and she talks about dialogue, and call me, write me.   I’ve been calling and writing for the last two months and this [public forum] is the first opportunity I’ve had to see her.  But when I hear her speak, it always comes off in defense of bankers and status quo and the status quo is her district is being foreclosed on at the most rapid rate in this city.”

Darren O’Connor said that to this date, not he nor any member of the Coalition has been allowed a meeting with Representative Williams. 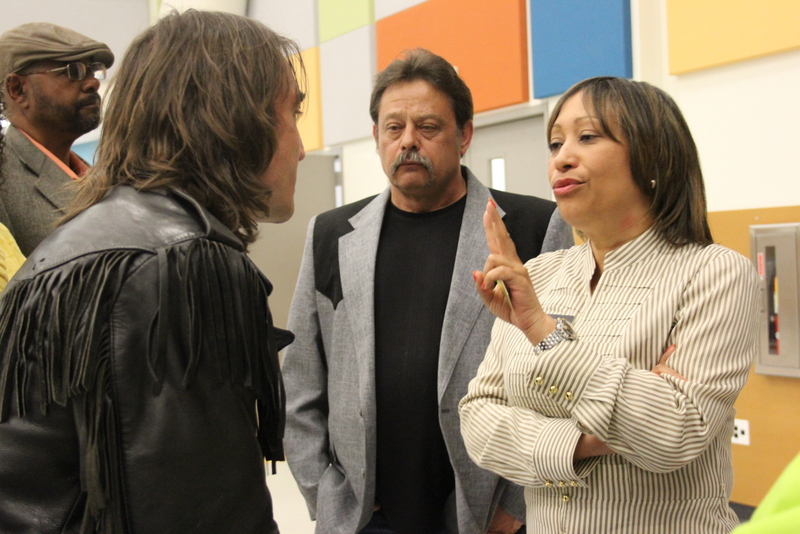