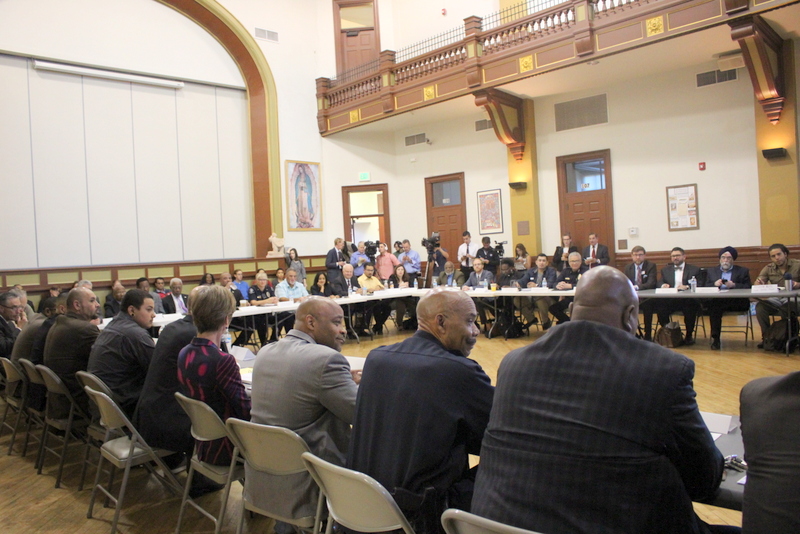 “We know there is a crisis of confidence right now.”

Deputy Attorney General Sally Yates of the US Department of Justice (DOJ) came to Colorado to speak with community groups Thursday in attempt to develop a trusting relationship between law enforcement and the community, “We want to be able to draw the common threads that we’re seeing in cities all over the country, what’s at the root cause of some of the distrust and specifically what are some of the things we can do on the criminal justice side and the law enforcement side to be able to address that trust.  We’re going to go back to Washington and digest this and try to come up with concrete things we can do there as well.”

Although only for about an hour, about 45 representatives of local community groups had a chance to air their concerns about the current challenging relationship they have with law enforcement along the front range including in Aurora and Loveland.

Deputy Attorney General Sally Yates, along with the Head of the Civil Rights Division Vanita Grupta, Director of the Office of Community Oriented Policing Services Ron Davis, and Acting US Attorney Bob Troyer appeared at the Centro San Juan Diego with Denver Mayor Michael Hancock, Denver Police Chief Robert White, and Aurora Police Chief Nick Metz.  Yates, Troyer, Hancock, and White each spoke about rebuilding community trust and then the meeting was closed so that community members could speak outside of the presence of media.

Representatives of the American Civil Liberties Union, Mi Casa Resource Center, The Colorado Sikh Coalition, The Anti-Defamation League, Tha Myx, and One Colorado were just some of the groups who met with the DOJ along with church groups, civil rights attorneys, the Federal Bureau of Investigation (FBI), and members of the Loveland and Jefferson County law enforcement agencies.

Lisa Calderon is co-chair of the Colorado Latino Forum, Denver Chapter, “I had no expectations because we have been asking for justice for so long, and we’ve been in a lot of these kinds of meetings where not a lot comes out, so I had no expectations.   But I think it’s always about being heard and bringing the voices to the table who weren’t invited to the table.  There’s more work to be done and making sure that community gets invited because this was a closed meeting.  It should have been an open meeting to community.”

Rudy Gonzales is also co-chair of the Colorado Latino forum and Executive Director of Servicios de la Raza and responded about the meeting, “It’s long overdue and for me, it’s too little, too late at this point because we have an administration change coming up with the general election.  I’ve worked in both state and city government and leadership is only as good as the leader that’s in office at that point.  Will the same spirit, and intent, and will exist to address these incredible important and complex issues that are creating pain and suffering within our communities of color, our communities of poverty?”  He said that he was one person who got to speak during the meeting and that he talked about the systemic issues that create the disparities and “pain and suffering in our communities.”

Pastor Terrence Hughes of the New Covenant Christian Church Alpha Omega Ministries also said that what was said today, has already been said before and that the issues of racism and police violence are systemic, “The only difference is that [the meeting] is at a higher level.  So at this higher level the question is what will be done.  Will we actually have more sessions that are more action-oriented so we can really start to address these issues of systemic racism and police violence that we have in our communities?”

Glenn Morris of the Colorado American Indian Movement (AIM) is a professor of political science at the University of Colorado, Denver and also felt that meetings needed to produce results, “We don’t need more talk.  We need action.”  Morris said that police violence at the Standing Rock Camp in North Dakota is the same thing as police violence here since there are no recognized borders among native communities, “We don’t draw these artificial barriers.  This is all our homeland.”  He felt the DOJ could play a role in diffusing the police violence that has taken place there as well as locally where Denver resident Paul Castaway of the Lakota Sioux Nation was fatally shot by Denver Police on July 12, 2015.  He recognized the importance of discussing violence against the African-American and Latino communities but said that no one discussed the population that experiences the highest rate of fatalities by law enforcement, “As the invisible population here, Native men 18-24 have the highest rate of being killed by the police than any demographic group in this country.  We have the highest percentage of homelessness.  We’re at the bottom of every socioeconomic indicator.  Those things need to come out.”

The DOJ said that another meeting will be scheduled in about ninety days to follow-up. 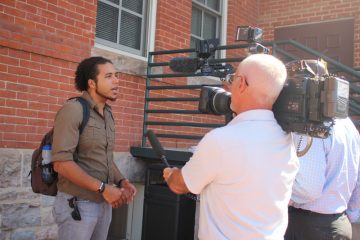 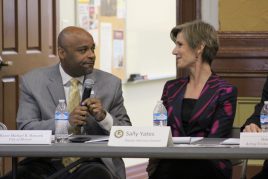 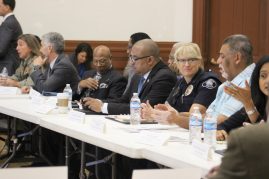