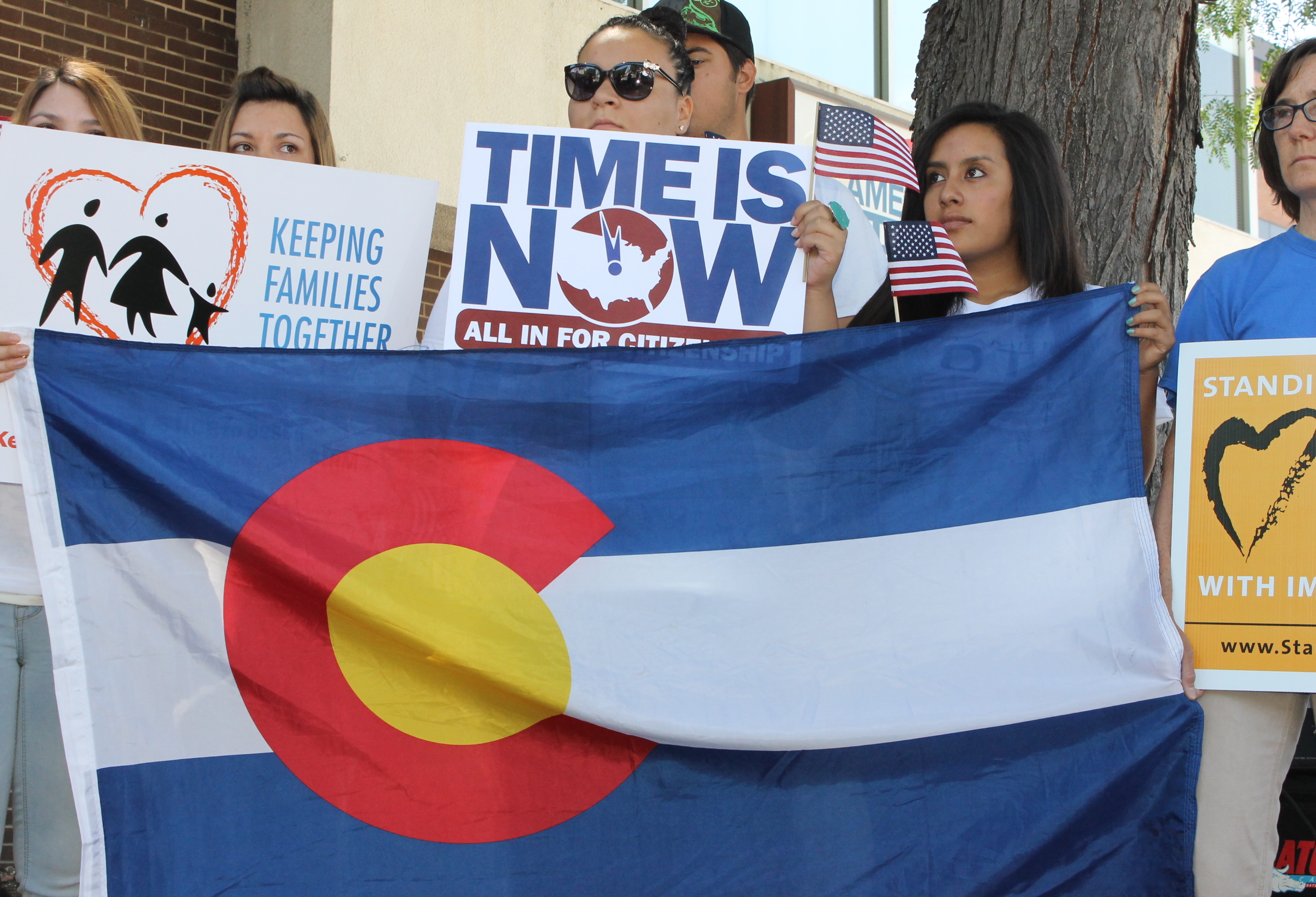 It was just last Thursday that the Senate passed a federal immigration reform bill with bipartisan support with a vote of 68-32.  On Thursday The Nation Report reported on border communities who oppose further militarization of the area which they said has led to increase death and violence against those who are attempting to enter this country through dangerous pathways in the deserts of Arizona.   Border community members also cited civil rights violations against US citizens who live in those communities by US Border Patrol.  The Nation Report has also reported on deaths which have been attributed to US Border Patrol by survivors of those living along the US/Mexico border.  Within hours of the bill’s passage, border organizations paid tribute in Tucson to those who have been killed in recent years by US Border Patrol agents.

In a Concept of Operations report released today by the nonprofit internet civil liberties group Electronic Frontier Foundations, information obtained through a Freedom of Information Act lawsuit described a 2010 report to Congress from US Customs and Border Protection (CBP) revealing the Agency’s heightened numbers of drone flights as well as plans to equip future drone flights with weapons.  The EFF stated in the report that details such as flight locations, dates, and some agencies that use the Predator drones had been blacked out. 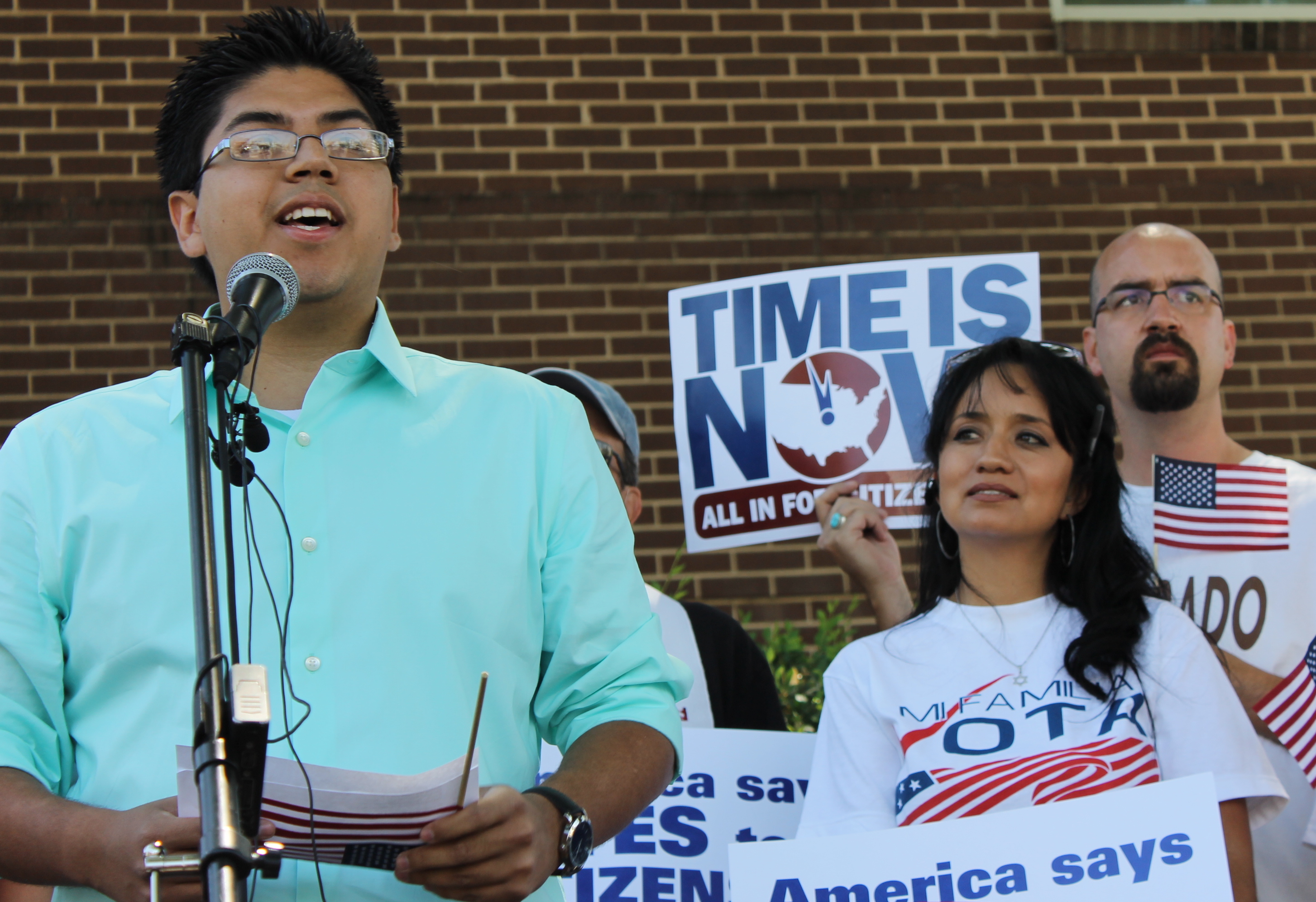 Ezekiel Ramirez volunteers for the voting rights group Mi Familia Vota and voted for the first time in 2012, “We will not rest until every one of our families can live without the fear of being separated.   For the first  time I voted in 2012 as a resident of Highlands Ranch.   I didn’t only vote for the first time last year, I also registered people to vote.   And worked to get Latinos in Adams county to come out and vote.  I have mixed statuses in my own family but I am here to vote for them and for my community.  I know what it takes to get people involved and let me tell you I’m ready to take action this year and the next year to make sure politicians everywhere understand the political power that we have.”

Olivia Mendoza is the Executive Director for Colorado Latino Leadership and Advocacy and Research Organization-CLLARO  and described others like Ramirez, “Latinos are an educated electorate.  And Latinos do vote.”

November’s election results showed a record number of Latino voters that some say made the difference in critical races.  The Pew Research Hispanic Center analyzed exit polls which showed a 10% Latino electorate up from 9% in 2008 and 8% in 2004. Mendoza described those numbers and what that meant for the state of Colorado, 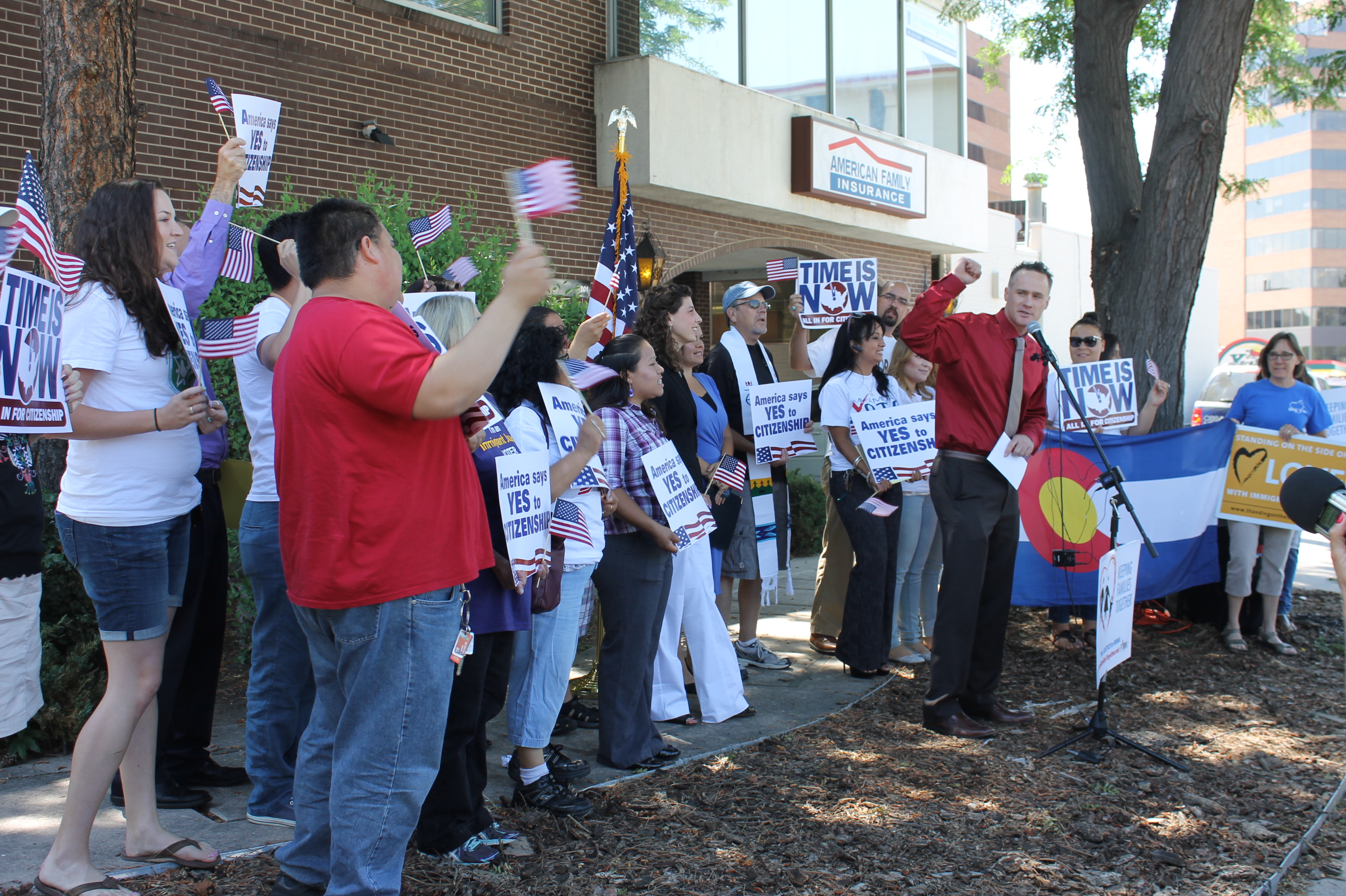 Since 2006–the year that millions took to the streets across the US to participate in multi-city immigrant rights marches dubbed A Day Without an Immigrant–Julian Ross has been the Executive Director of the Colorado Immigrant Rights Coalition, a coalition of immigrant and ally statewide organizations,

“Today we call on the entire Colorado congressional delegation both Democrat and Republican to go back to Congress next Monday and talk to the leadership and demand a vote on the floor for the Senate Bill or for a comprehensive bill of the House.  We demand it and we will not accept anything less.  We will not stop working until we get a positive vote, until we get immigration reform with a path to citizenship across the finish line to the President’s desk this year.” 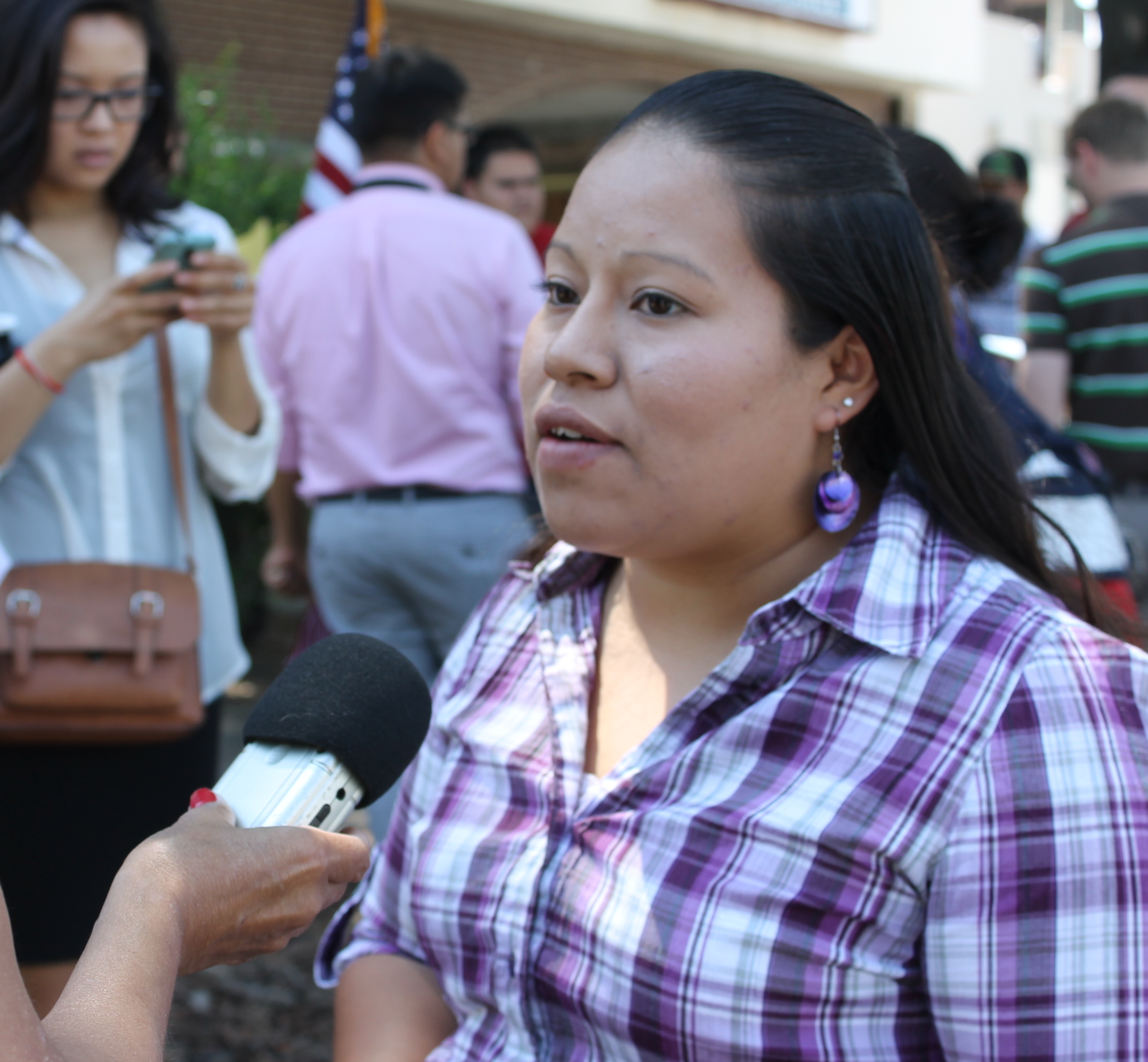 Sonia Marquez is a Co-coordinator for the Longmont group Latino Youth for Education and Equality.  She attended Representative Cory Gardner’s March 27,2013 town hall meeting where she raised the issue of his meeting with immigrant rights groups, “Is there a possibility to have a one on one meeting with you where we can bring community together and start talking with you about some of these issues?” to which Representative Gardner responded, “I look forward to working with you and others who have some great ideas on this.”  Marquez told The Nation Report today that she still has not been able to secure a meeting.

“We’ve tried to get meetings with Scott Tipton and with Cory Gardner and they just won’t answer our calls.  They won’t meet with us. Representative Mike Coffman, at first he was open to [comprehensive immigration reform] right after the election.  He was open.   He even came to an event that one of our partners had but then after that we just have to go find him.  We have to go find where he’s having his one on ones because they don’t want to talk to us.  They won’t answer our calls or they just say that they’re not available and so it’s been hard but we’re going to keep fighting.” 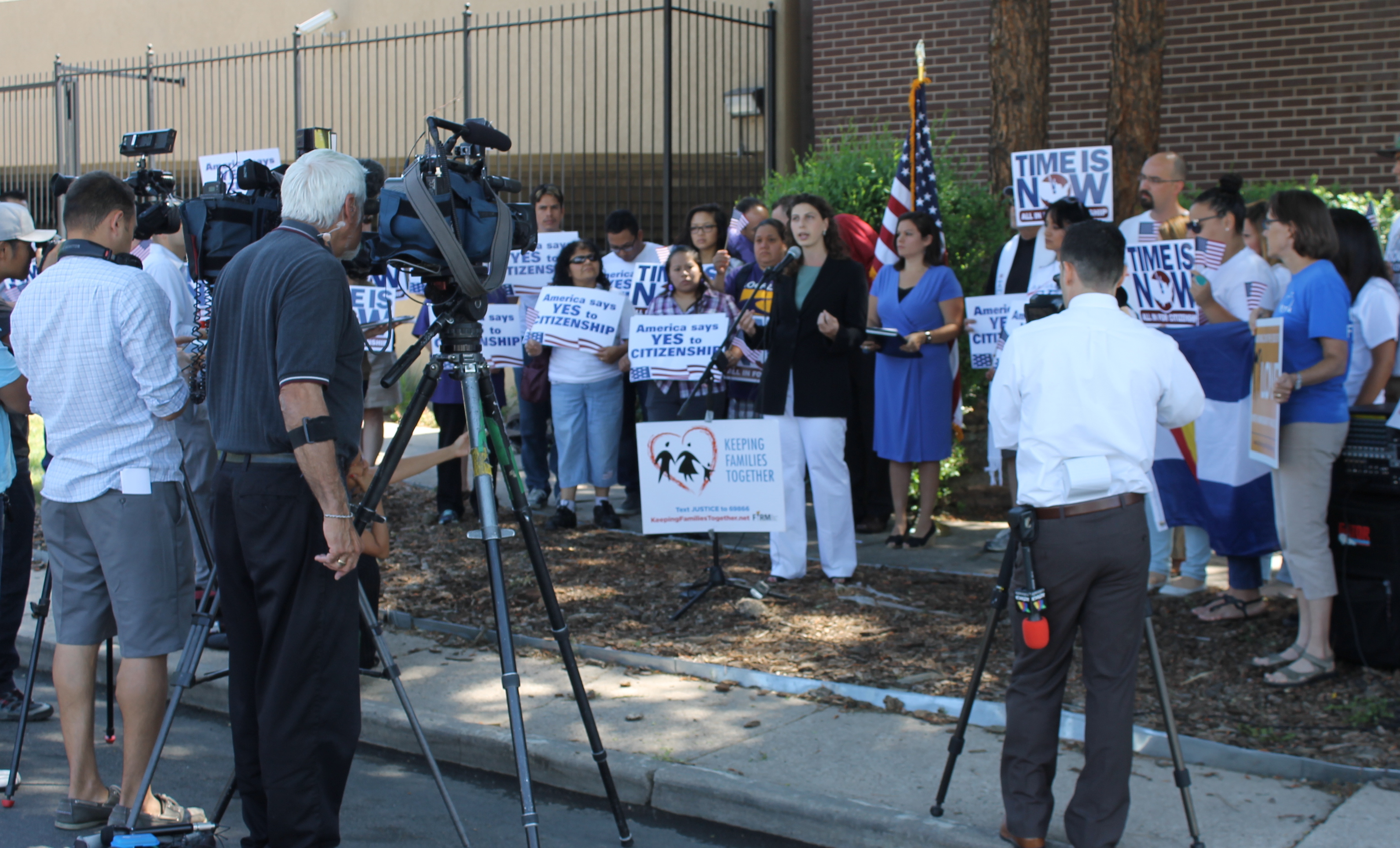 Rachel Kleinfeld, Ph.D. who in 2011 was appointed to the Foreign Affairs Policy Board by the then Secretary Hillary Clinton made a brief appearance at today’s press conference in Denver.  As the founding President of the Truman National Security Project–a group that mentors and trains future leaders in global security issues–her position and statement mirrored the values and mission statement of the Project,

” Those who won’t vote for [the bill] in the House are hiding behind the skirts of security to pretend that security is the reason they’re not voting for it rather than just plain partisanship.  The path to citizenship is crucial for national security.  Immigrants create jobs for Americans they strengthen this country and this bill creates enough security that no member of Congress, no one in the house should be able to hide behind the skirts of security and say this is not enough.  This is enough.  And this bill will do a great deal to make America the strong hardworking immigrant based country that we have always been.”

As CIRC Executive Director began his speech an unidentified person exited the Republican Party Headquarters building and pulled the electrical plug on the speaker system that the group was using.  This did not prevent Ross from concluding with,  “As we heard today, many of our communities will be watching closely both our Democrats and Republicans exercise leadership on this issue.  We will not stop working, we will not stop knocking on doors, we will not stop registering voters, we will not stop marching until we get the job done on immigration reform and get it to the President’s desk. “