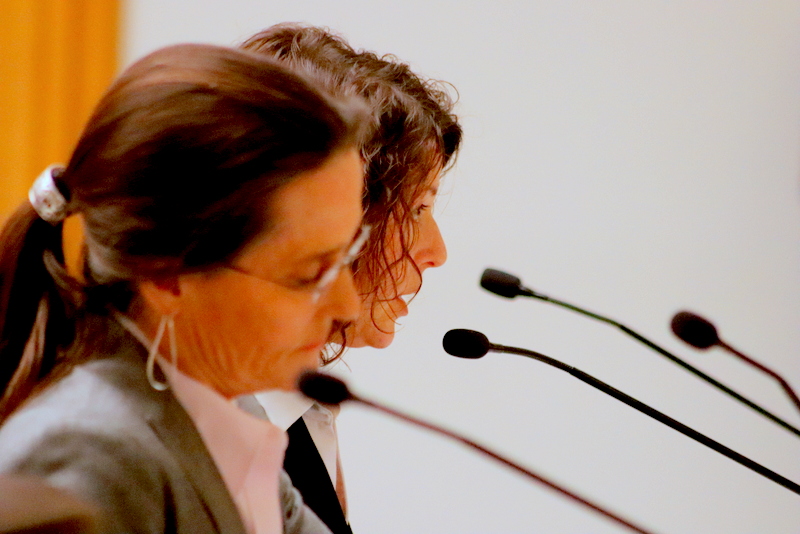 A full room waited to testify for and against SB19-042 National Popular Vote well into the late evening until a House State, Veterans, & Military Affairs committee voted to approve the measure at around 10 pm.

If approved and signed by Governor Polis, the bill would join 12 other states including the District of Columbia that would follow a National Popular Vote system to elect the president of the United States by awarding the state’s electors to whichever candidate wins the most votes nationally.  The measure would only go into effect if enough states totaling 270 electoral votes would sign on.  Current national interest totals 181 electoral votes.

The bill sponsored in the Senate by Mike Foote and in the House by Representatives Jeni James Arndt and Emily Sirota also saw high interest when it was first heard in the Senate State, Veterans, and Military Affairs Committee on January 23 where the bill passed out of committee.

Although not all 85 who signed up to testify remained until the final hours of the hearing, a large number testifying against the bill identified themselves as traveling to the Capitol from Colorado Springs and also testified in support of bills heard earlier in the day sponsored by Republican lawmakers.  One of those bills sought to allow institutions and individuals to deny services to the LGBTQ community citing religious beliefs and the other sought to require proof of citizenship to be able to vote.  Both measures failed.

A final hour attempt by Representative Dave Williams, R-Colorado Springs to delay the committee vote and attempt to bring the issue to the voters failed and the bill was approved by a 6-3 vote along party lines.