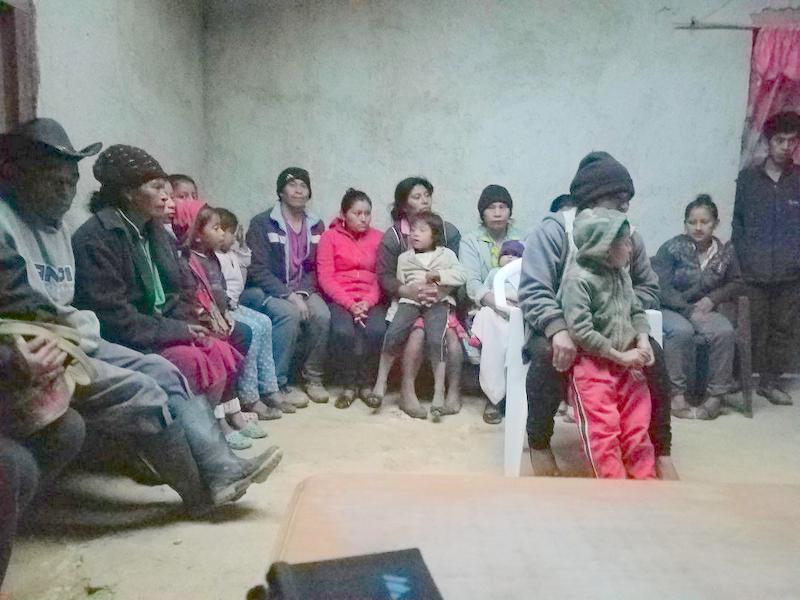 Community members in La Jarcia in Honduras give tesimony to a US human rights observer organization on November 27, 2017 following the destruction of their village by police in 2016. (photo: The Nation Report)

LA JARCIA, Wise, Intibuca, Honduras – The recognition of traditional lands of indigenous groups is at stake for a Lenca community in the department of Intibuca in rural Honduras.

In a February 26, 2016 raid and destruction of the village of La Jarcia by police, the indigenous community was left without shelter, nor food, as their crops along with their homes were destroyed.

Jose Gregorio Viniera Tabara of the La Jarcia community described the conditions that the community has endured, “We have a need for the land, but since we’ve come here, we’ve suffered a lot.  The police have done things that are outside of the law.  So when they came, they took some pregnant women, and some little children.  At three in the morning they came to kick them out.  They do things like that, that are outside of the law.”

According to witnesses, the mothers, along with the small children were jailed and held without provisions.  One mother who had given birth just 22 days earlier was denied even a diaper for her baby while being held in jail.

“It was terrible what they did to us,” described Ramunda Vasqueza to a human rights group of the raid, “When they knocked our houses down, that guy came in and he knocked our homes over, and he left us just with our arms crossed, poor, and without food.  They stole.  They stole everything that we had.  And he was just laughing at us because he kicked us off of here for two months, two months that we couldn’t get back on.  We lost all the crops that we had here.  We had beans.  We had carrots.  We had lettuce.  We had beets, and potatoes.  We had a little store here too, and they stole all the stuff from that too.  The soda, and the bread, and they used it to feed the police, and they left us here.  And the children, without their food every day.  Pregnant women the same thing.”

Vasqueza referred to Domingo Lenin Perez Reyes who was illegally granted a land title to the area by mayor Martinian Dominguez according to the Civic Council of Popular and Indigenous Organizations of Honduras (COPINH) a group founded by Bertha Caceres who was supporting the organization before she was assassinated days after the raid.

Twelve people were arrested and charged with land usurpation after the raid.

According to Honduran law, community lands cannot be titled to private land owners by local mayors if the land is located in a rural area.

On November 28, 2017 a human rights observation group from the US took testimony from those affected by the raid.  About 25 members of the community appeared in the small room of a house that had been rebuilt after the incident.  Most thanked the human rights group, but some went on to talk of the impact to the community.

Maria Catalina Dominguez  who identified herself as the president of the Lenca indigenous community of La Jarcia is one member who was facing usurpation charges.”We’re poor people.  And national land, we as peasants have a right to work these lands.  And to live.  When you’re a Lenca indigenous, the communal lands belong to you.”

She then described the raid, “They came, they knocked down all of our houses.  Then we rebuilt our homes.  The man who did this to us, we haven’t been able to sue him for all of the damage that he did to us.”

Ten people were still facing charges of usurpation and were set to appear in court the next day:

In support of the group, the US human rights group organized by La Voz de Los de Abajo of Chicago dropped in to the municipal court to speak to the three judges who would be hearing the case later that day.  Matt Ginsberg-Jaeckle of Chicago addressed the court:

The letter handed to the judges read in part,

“We want you to know that the international community is closely following this case especially because the rights of the indigenous Lenca are guaranteed by International Labor Organization (ILO 169).)  It is further concerning that the community is being criminalized for the simple act of occupying a small piece of unoccupied land.”

In part, ILO guarantees Indigenous communities of free, prior, and informed consent before traditional lands can be used or purchased.

En route to its next stop, the human rights group received a text which read that charges against all involved were dropped. 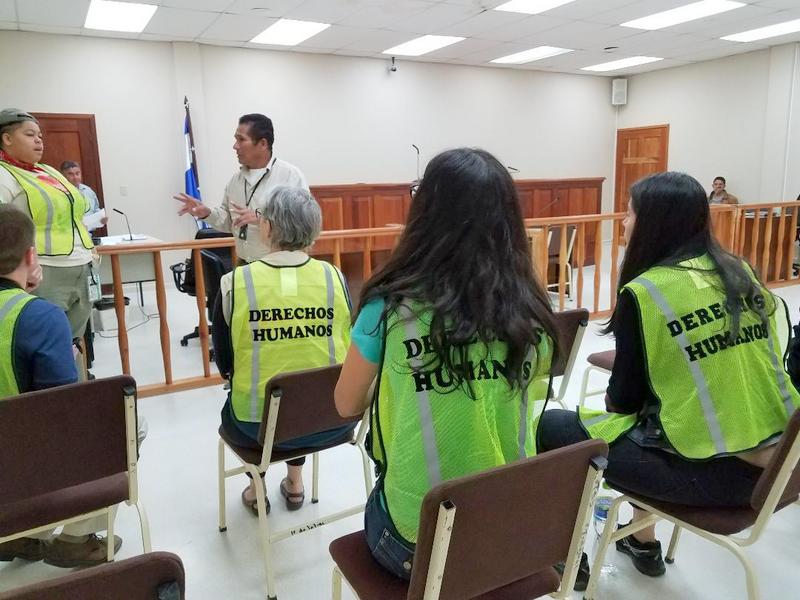 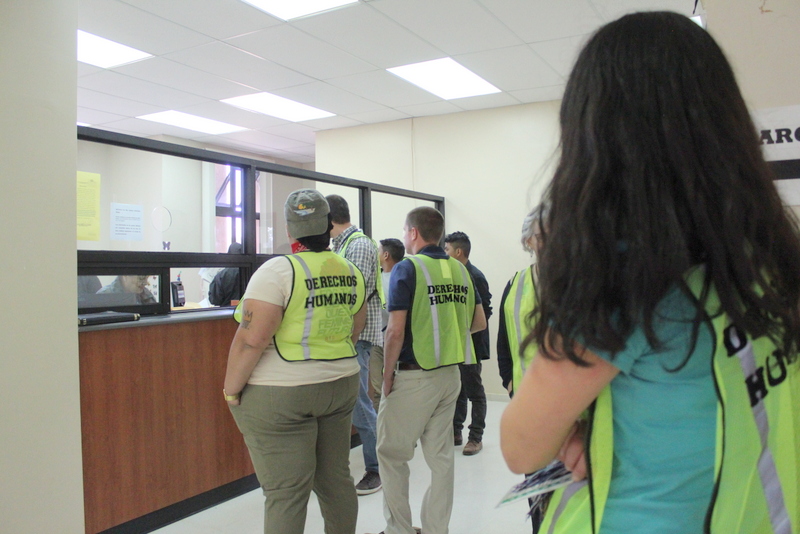