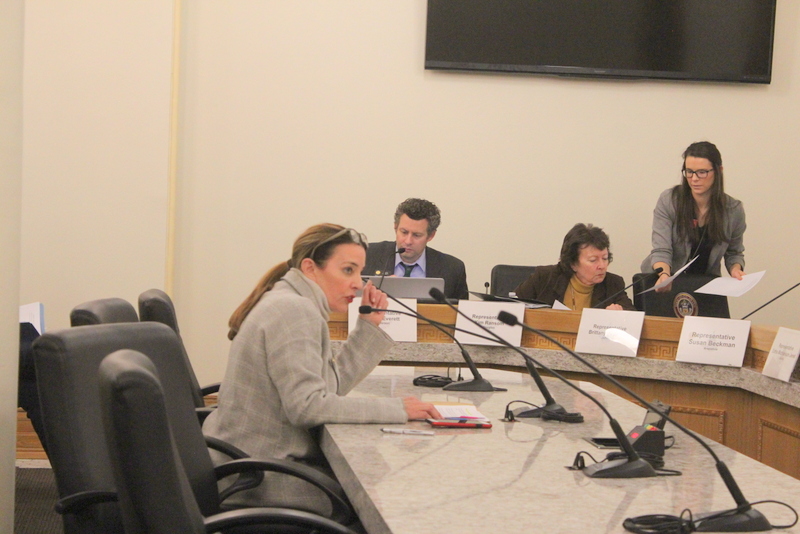 Representative Edie Hooton (above): “What we wanted to do is make sure that all the stakeholders at the state level, at the county level, municipal level, and the providers, and some members who have actually served have a seat at the table and are a part of the overall recommendations that will be made to the general assembly. And it’s very large, because there are so many stakeholders.” 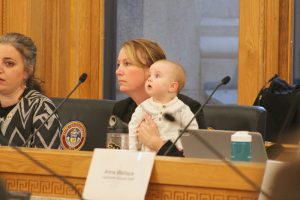 Representative Jessie Danielson, Vice-Chair of the Public Health Care and Human Services Committee offered her appreciation to one youth who said he was nervous to testify.

“I live in a Gilpin County rural area.  I did not grow up in a very stable home environment.  What was going on behind the doors in my home was totally different than the fancy house that we lived in.  As a result, when I was fourteen years old, I left home.  Had it not been for some wonderful people who intervened in my life, I don’t know where I would be at today and what kind of life I would have as a result of that.”

Testimony came from those formerly experiencing homelessness as youth.  Some said there were no services, no support system, and no alternatives that they could find at the time.  One testimony came from a young person who said that his home was in a middle-class neighborhood in Thornton where nobody would have guessed what was happening.  As his voice trembled while giving his testimony, he said, “It was pretty tough, I felt pretty isolated because coming from somewhere in Thornton, it’s really like middle class.  Everybody has two parents, a bunch of siblings.  I felt like nobody could relate.”

One person who testified acknowledged that Attention Homes – a Boulder youth emergency shelter and safety resource – was a life saver at the time that she had to leave her home and had nowhere to turn.

Another said, “Im homeless now.  The resources aren’t good.  This needs to happen for the young adults in our streets.  They’re piling up.  We don’t plan todays or tomorrows but I thought I did.  I thought I had all my ducks in a row, but I didn’t.  Please help the youth so they don’t end up like me.”

Stories such as those moved Representative Edie Hooton (HD-10) who represents the Boulder/Gunbarrel area, to introduce HB18-1021:  Task Force For Youth Experiencing Homelessness.  The bill “establishes the task force concerning youth who are experiencing homelessness (task force) to study and make recommendations on issues related to the issue of youth experiencing homelessness in Colorado. The membership of the task force is set forth, as well as reporting requirements and a repeal date.”

In opening statements Hooton said, “In spite of everyone’s best effots, the number of homeless youth in Colorado continues to increase.  And it is for this reason we think now would be a good time to take a comprehensive inventory of all former efforts to serve this population at the state, local, and private levels including where the resources are coming from.”

Of the professionals who testified, Kendall Rames, Deputy Director of Urban Peak and also a member CONET also pointed to the complexity of the issue of homelessness and that the need is great, “Past experiences that may have begun when a person is so little:  sexual abuse, physical abuse, neglect, mental health or substance abuse issues in the family or with the youth themselves, family homelessness, sexual orientation, or exiting systems of care, are some of the many reasons that we find our young people on the street.”

In asking for a vote for HB18-1021 Hooton added, “Homeless youth who don’t achieve stability and security become homeless adults whose challenges are often much more difficult to overcome.”

The bill passed out of the House Public Health and Human Services Committee by a vote of 11-2.