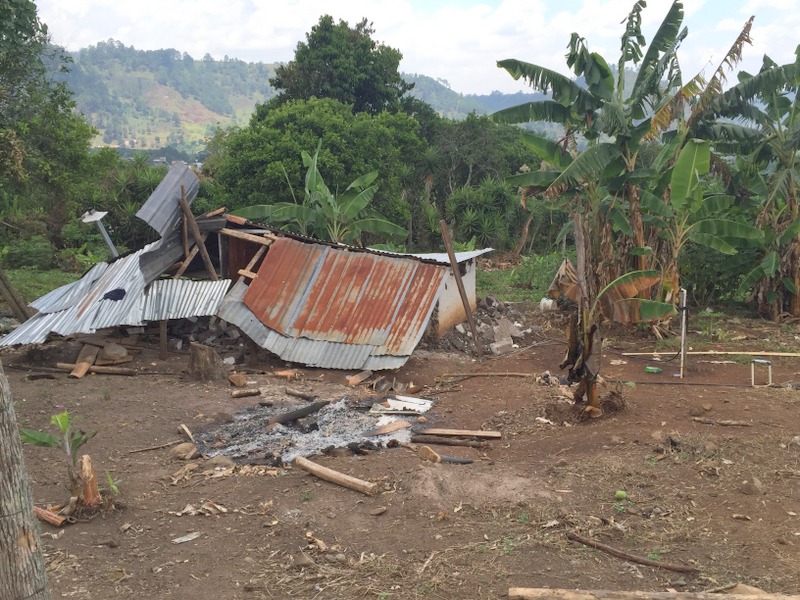 Update:  This is the second raid on the 9 de Julio community within months.  On May 11, 2016, families were raided, and similarly homes and crops were destroyed.

3:05 pm  A second person, David Mendoza, was also shot.  HSN reports that both he and Victor Vasquez are alive but that their wounds are serious.

Staff at the National Center of Rural Workers (CNTC) say that police used clubs to beat people and deployed tear gas.  Police have left the area after destroying homes and crops.

10:52 am: The Honduras Solidarity Network, a coalition of over 60 organizations working for social justice in Honduras, reports a police raid on 60 families in the community of 9 de Julio, a part of the town of Tutule, La Paz.  HSN is receiving information that live bullets are being shot and one person has been wounded, Victor Vasquez, a recipient of protective measures from the InterAmerican Commission of Human Rights (IACHR), a division of the Organization of American States.  Three others have been wounded.

HSN reports that hundreds of police in uniform arrived to the community.

The area is part of a land recuperation in negotiation between the National Center of Rural Workers (CNTC) against large land owner Carlos Benjamin Arriaga.

The wounded have been transported to a hospital in La Paz.