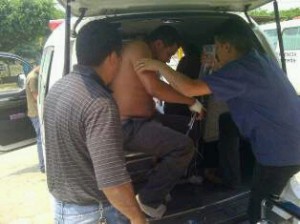 Three people were shot including this man (unidentified at this time) and were transported to hospitals, the nearest of which was in Ceiba, hours away. 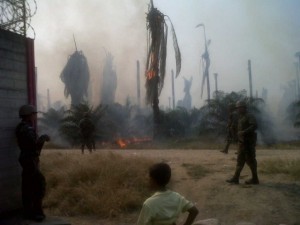 photo: courtesy of Eblin Oyuela
The guards shot tear gas into the crowd including at mothers holding their babies. 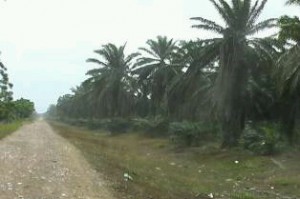 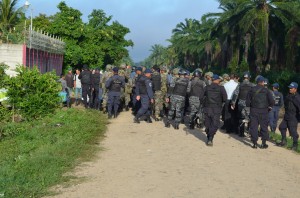 file photo: courtesy of Heriberto Aleman.
This May 2012 military operation into the Los Laureles community resulted in 1 death.

LOS LAURELES, HONDURAS- While many community members were participating in May Day marches, members of the farming cooperative Campesino Movement for the Recovery of the Aguan (MOCRA) were again under attack by the security forces of Miguel Facusse.  Shots have been fired and 3 people have been hit.

Roman Gonzales, Gustavo Rosado Santos, and Wilmer Maldonado have all been reported by community members to have suffered gunshot wounds after participating in a peaceful occupation of a Los Laureles farm.  Those campesinos who are able are remaining in possession of the property.  The Xatruch military operation however, has surrounded the farm.