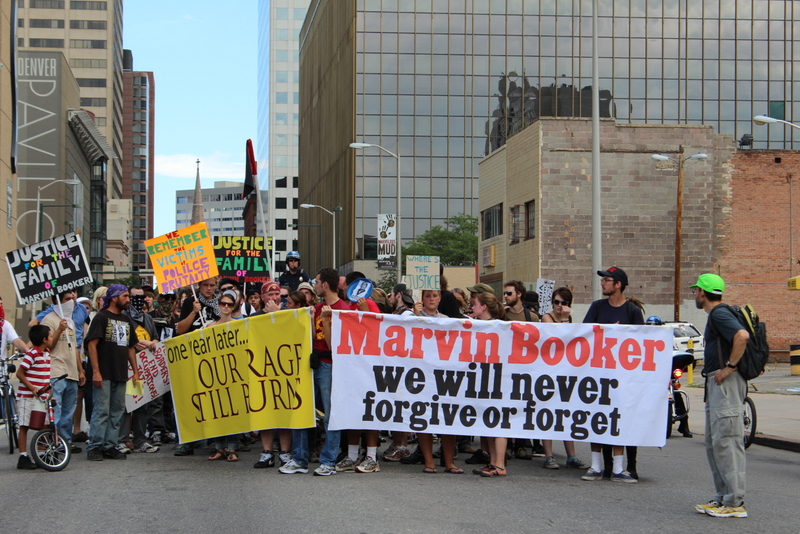 Denver City Council on Monday voted to pay the Daniel Martinez family $1.6 million for damages suffered after the family had consistently said through years of legal cases that the Denver Police Department broke into and entered their home and assaulted them eight years ago today on January 27, 2009.

The council vote to approve the transfer of funds to the family was a formality following a civil trial in US District Court in September 2014 that began a lawsuit that the family hoped would persuade a police department and district attorney’s office to hold police accountable.  The jury came to a figure of $1.8 million in that suit.

Operating without a valid warrant was just the beginning of a series of allegations that led to the family seeking accountability for the actions of officers.   One of the accusations made in the civil trial added that police covered up their own alleged felonies by charging the family with felony assault after fabricating the incident and filing false reports.  District Attorney Mitch Morrissey never charged the officers after the allegations.  The family – who had no criminal history – each endured going to trial to defend against the felony assault charges and were all found ‘not guilty’ by a jury.

On July 10, 2011, Daniel Martinez (photo below) joined a march in downtown Denver against law enforcement brutality to honor Marvin Booker who had been killed a year earlier by sheriffs in the Denver jail.

Daniel Martinez (right, in white) marches in July 2011 against police brutality and in support of the family of Marvin Booker who was killed in the Denver jail by Denver sheriffs.

Before the march started, Martinez gave his account to The Nation Report,

“My kids were beat up by the police.  I had just gotten home late from work, just waiting, just to relax.  My kids were still up watching TV and on the computer.  [The police] came pounding on my door.  So I went to go open the door.  It took me a while to open the door because the door was strapped down with a bungee cord because they had just replaced the window and we didn’t want the door slamming.  So then they barged in on a non-warrant and had us arrested and tried to get us on assault on a police officer.”

Alex Landau who also survived an assault by Denver Police Department officers marched alongside Martinez from Denver Skate Park on Little Raven Street, to the Denver jail where Booker’s parents were waiting to honor Booker and to call for law enforcement accountability.  The marchers chanted, “Show me what a police state looks like.  This is what a police state looks like,” and “Cops, pigs, murderers,”and carried signs that read, “The Police Are Denver’s Most Violent Gang,” and “DPD GETS UP EARLY TO BEAT THE CROWDS.”

Survivors say the accountability never comes.  Only the financial cover-up.

After winning a settlement in his assault case that left him with serious injuries, Landau went on to work for police accountability and is currently a member of Denver Justice Project that meets regularly with the new District Attorney Beth McCann.

Three meetings were scheduled with the public by Denver Police Chief Robert White to discuss Denver’s new use of force policy, but only after public outcry when White neglected to include public input to develop the policy or to include the Office of the Independent Monitor.  The remaining two are:

The council vote was unanimous 8-0 in favor of paying the Martinez family.  Council members Wayne New and Debbie Ortega both abstained from the vote citing their absences from prior meetings where council discussed the settlements.  Council member Paul Lopez was absent. 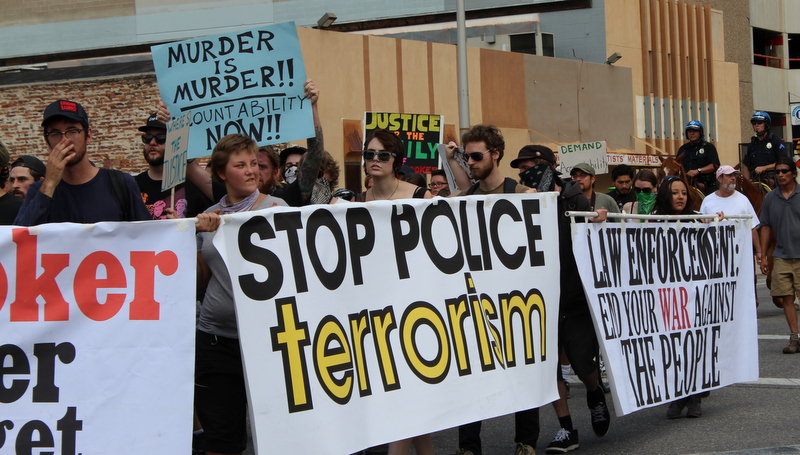