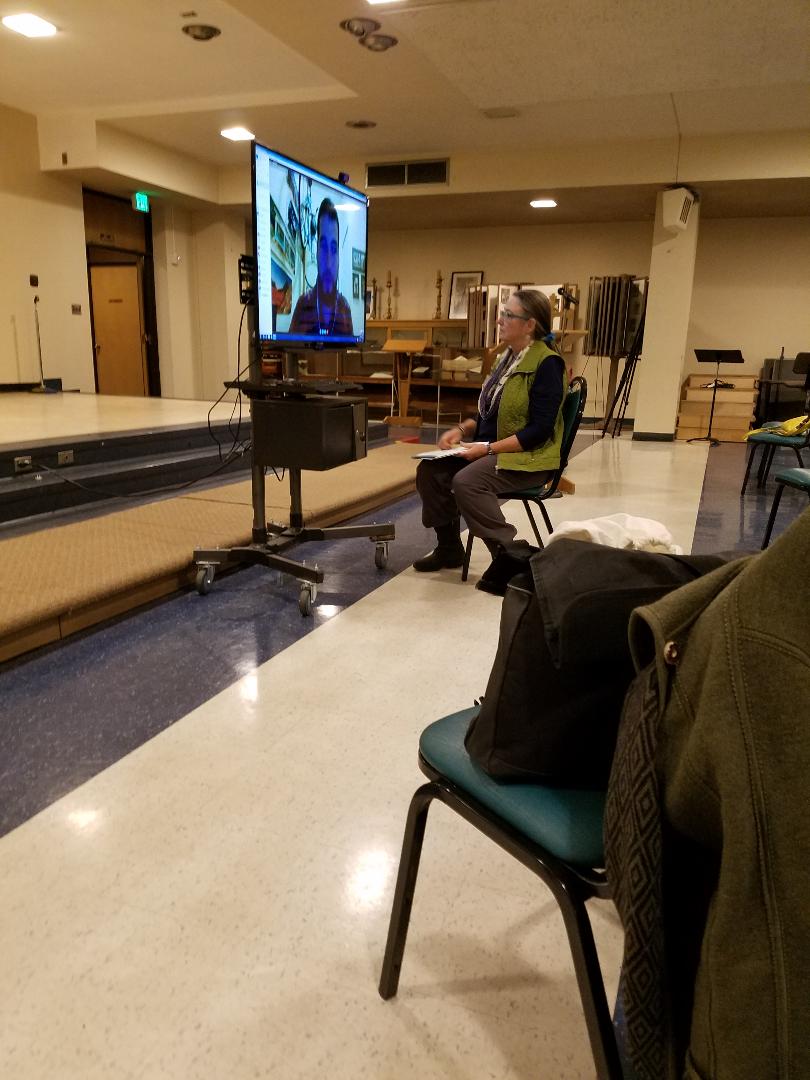 A new appropriations bill will be introduced in US Congress by Rep. Betty McCollum, D-Minnesota that will focus on cutting US aid to Israeli military.  The measure would require the Secretary of State to certify that no US financial assistance is used in the ill-treatment or torture of children arrested by the military.

On Monday night, Brad Parker, an attorney with the Defense for Children International-Palestine (DCIP) spoke by SKYPE to Friends of Sabeel of Colorado in Denver, “If the Secretary of State can’t certify, then specific reporting of funds must be met.”

Parker works to support children who are subjects of human rights violations or injustice in the juvenile Israeli military detention system.  He specializes in juvenile justice and grave violations against children during armed conflict, and leads DCIP’s legal advocacy efforts on Palestinian children’s rights.

DCIP documents 700 arrests and detentions of mostly Palestinian boys between the ages of 12 and 17.  The group also documents disparities in the justice system between Israelis and Palestinians.  Based in Ramallah, the group promotes the rights of children living in the West Bank, including East Jerusalem, and the Gaza Strip and has for over 25 years.

Parker and DCIP work to end arbitrary detentions for charges such as allegedly throwing rocks or arbitrary accusations.  He says that military law leaves little room for oversight and accountability.  DCIP has documented middle-of-the-night raids on homes where children have been taken simply for appearing on a list, were handcuffed, blindfolded, and taken to an unknown location.  The children do not have a legal right to counsel during any stage of the interrogation.  Parker said that 75% of kids report some sort of physical violence after arrests committed by officials including being hit with helmets, rifles, and being hit, punched, or slapped.  Eighty-percent didn’t have access to counsel and were only allowed a 2-5 minute phone call.

Parker adds that if a child is arrested off the street, “Nobody is required to inform the parents that the child has been arrested and the parent has no idea where their child is.”

The night included a screening of the documentary film “Detaining Dreams” where four boys arrested in the West Bank gave testimony of their arrests and torture during detention.

Signatories said they have “profound concern” regarding Israel’s ongoing abuse of Palestinian children, especially during arrest, interrogation and imprisonment.  The letter also addressed historical trauma, “Ignoring the trauma being inflicted on millions of Palestinian children undermines our American values.”

The letter corroborated the evidence cited by Parker that three-quarters of Palestinian children detained by Israeli forces endure some form of physical violence following arrest.

In the film, the four boys arrested described the torture and the ongoing trauma that they say will be with them forever.

The night’s event was co-sponsored by Friends of Sabeel-Colorado and Episcopal Peace Fellowship, Colorado Chapter.