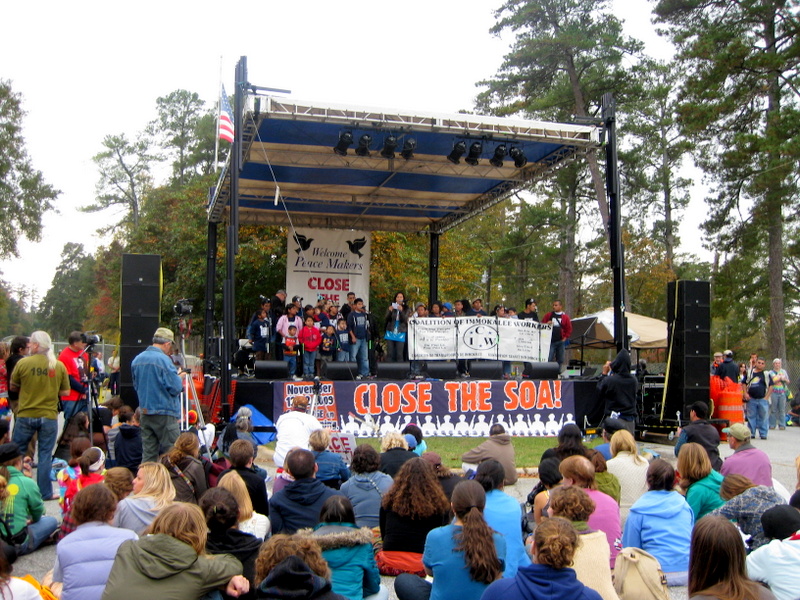 Human rights activists, migrants, religious communities, veterans, students, and media teams from across the Americas are currently arriving in caravans to the annual School of the Americas Watch (SOAW) protest which for the first time will be held at the Mexico/US Border from October 7-10.  In the Denver metro area, for example, students from Regis University and members of Veterans for Peace and the Denver Justice and Peace Committee are participating and/or have organized carloads of members to attend what has been one of the largest gatherings to highlight US foreign policy as one of the root causes of migration, and to stage protests and nonviolent direct actions against militarization.

A 2009 installation exhibiting 3 of the thousands of documented victims of soldiers who studied at the School of the Americas/Western Hemispheric Institute of Security Cooperation (all photos The Nation Report): 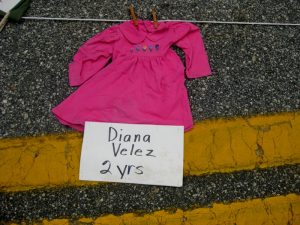 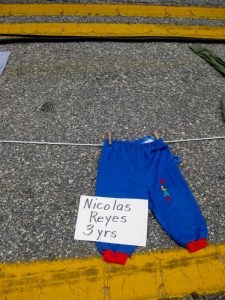 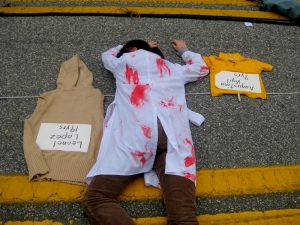 After holding an annual vigil at the gates of Fort Benning, Georgia for 30 years , the human rights group SOA Watch moved its convergence to the U.S./Mexico border and will gather on both sides of the Mexico/US border in the lead-up to the November elections.  Those who lack a visa to cross the border into the US will converge on the Nogales side of the border and those who choose to converge on the US side of the border will have the choice of attending events in either Nogales or Tucson.  Border wall actions are also scheduled to include all participants where only thin metal panels that make up the border will separate the group. 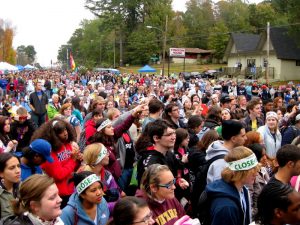 Events begin on Friday with an Exhibition of Ten Quilts, a memorial to those who died crossing the Arizona desert (144 remains have been recovered so far this year), and continue with a rally at the controversial Eloy Immigration Detention Center, the location of a 2015 hunger strike by those incarcerated.  On Saturday, Veterans for Peace will march beginning on both sides of the border followed by a rally on both sides of the border on the border wall.  The traditional workshops take place at the Escuela Primaria Abelardo L. Rodriguez on the Mexican side, and the Hotel Americana on the US side.  A march to commemorate the anniversary of the fatal shooting of Jose Elena Rodriguez through the border wall by US Border Patrol on October 10, 2012.  Border Patrol agent Lonnie Schwartz was charged with murder in that case.

As analysis of US foreign policies that have a direct relationship on migration is a little discussed issue in US media, The Nation Report will report from the annual event as we have since 2009, but this year will report live from on location and with updates as they happen. 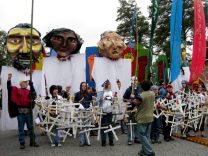 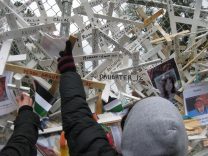 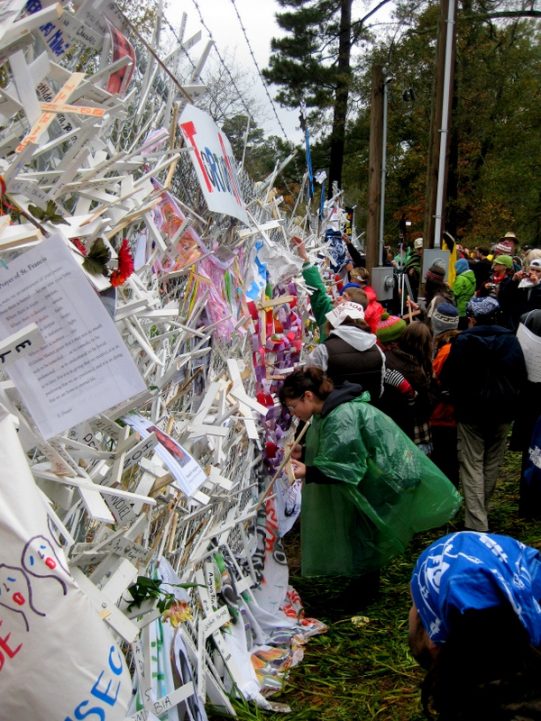