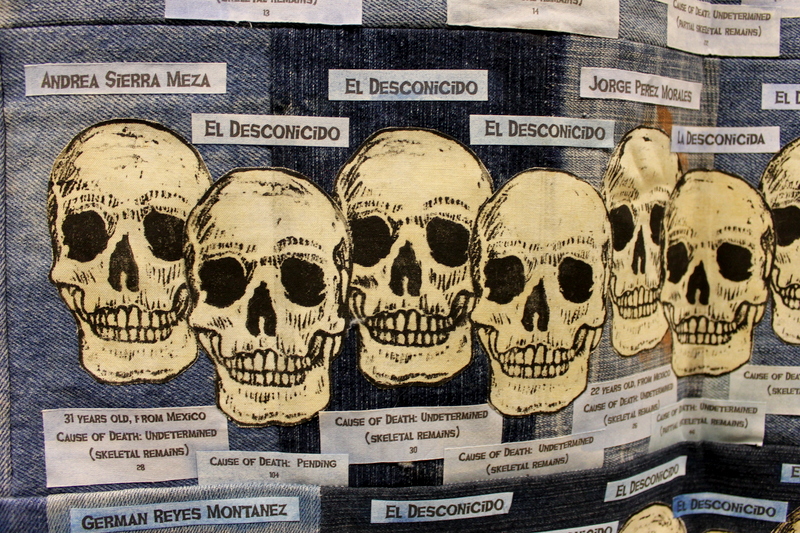 A quilt on display at the University of Arizona as part of the School of the Americas Watch convergence currently taking place at the Mexico/US border. The quilts are made using the clothing of migrants crossing the Sonoran Desert. “EL DESCONOCIDO” that labels one of the skulls in this photo means that the remains of the individual were never identified. (photos: The Nation Report)

“What I wanted was to educate people a little bit better about what’s going on because I know throughout the country and the world for that matter, people have strong opinions about migration and migrants but they yet don’t understand root causes.  Until we understand root causes of migration, I really feel like we’re going to continue to see deaths throughout the world and in the Tucson sector.”

TUCSON-Jody Ipsen, founder of the Migrant Quilt Project says that she was moved by the amount of clothing, including baby clothing that she saw while hiking in the Sonora desert of Arizona.  That clothing was the inspiration and the fabric behind the quilts that she designed to create a visual for the public to see.  She’s hoping that the public will come away from her exhibit with an impression of who is crossing the desert to reach the US and why.

She especially points to the US backed coups that have played a role in the violence that permeates countries such as Guatemala and Honduras and forcing people to flee. “A lot of people put the blame of immigration on those home countries.  My presentation and the purpose of these quilts is to honor all those migrants that died crossing looking for a better life and also raise some questions about the efficacy of US policy.”

The exhibit held at the University of Arizona is part of the School of the Americas Watch (SOAW) Convergence at the Border events taking place over the weekend at the Mexico/US border.  The SOAW has moved their annual vigil from the gates of Fort Benning, Georgia to the border to address the root causes of migration along with the US foreign policy not only behind what forces people to migrate, but also behind how migration and migrants are treated.

Along with the exhibition, Ipsen read from her essay, Prudencia, published in Writing Today, Pearson — a college textbook.  Ipsen shared with the audience the stories of those crossing the desert.  Joining Ipsen was artist and curator Peggy Hazard to discuss her publication in Uncoverings 2016 that was earlier presented to the American Quilt Study Group in Tempe, Arizona.

Artist and activist Cornelia Bayley joined the two to discuss quilt-making and her experiences in working for social justice.

Ipsen told The Nation Report of the project,

“I think a lot of people don’t realize how many people are dying in our desert, and that everyone that has died has a story to be told.  These stories are really, really important because the only distinction between us, to some degree, is a border.” 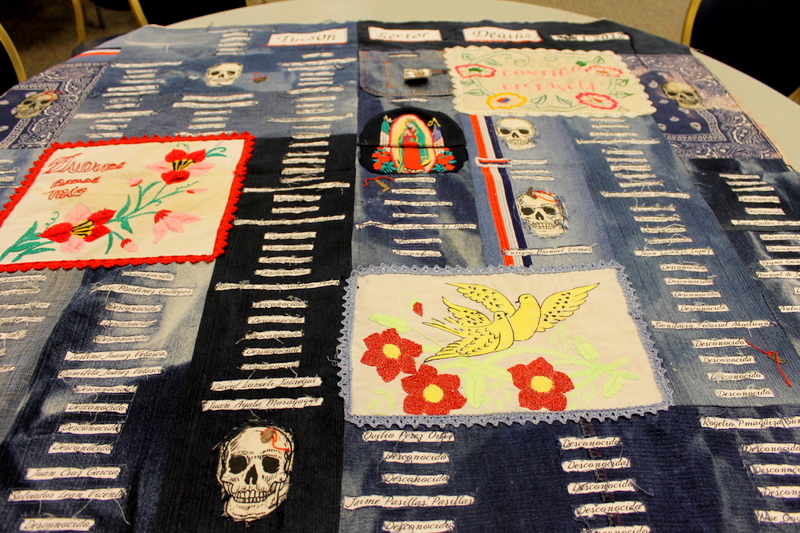 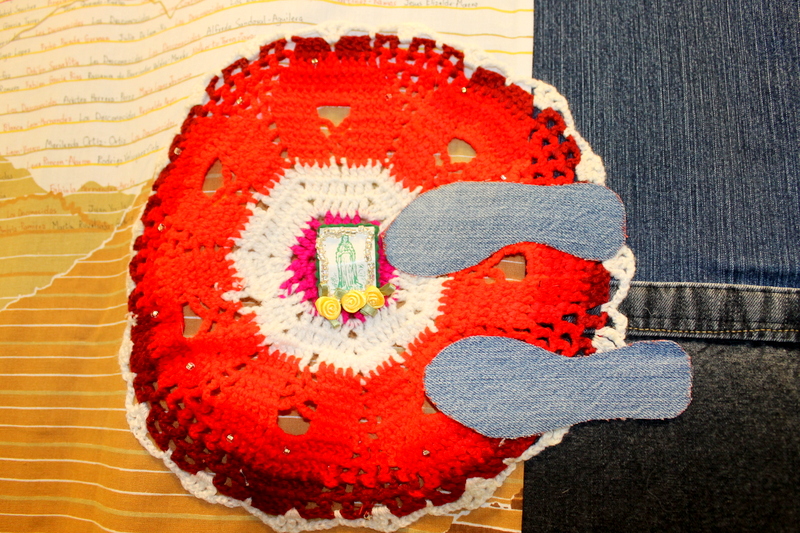 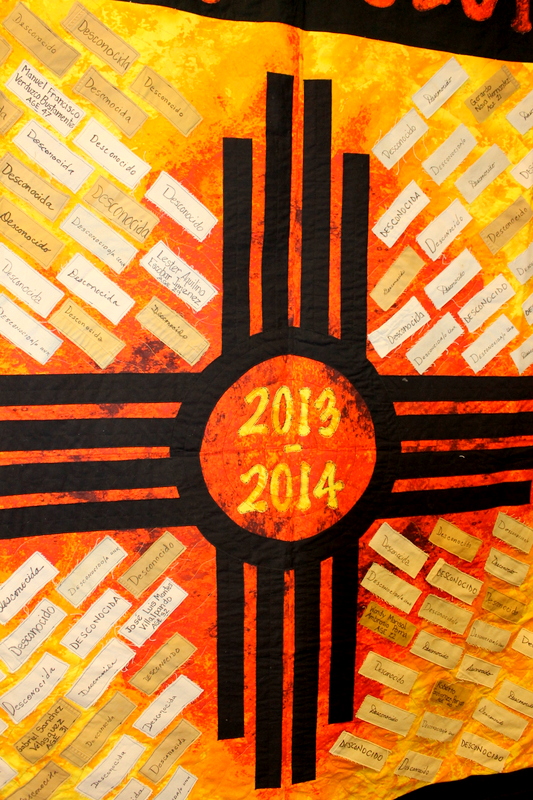 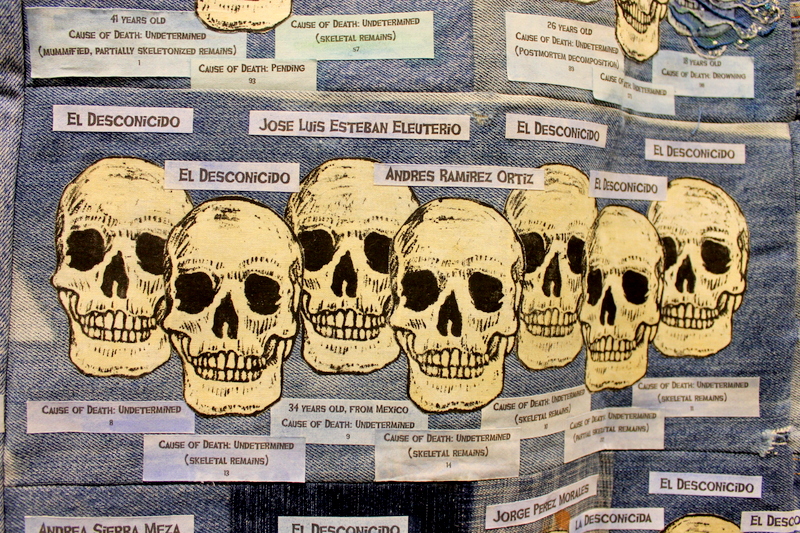 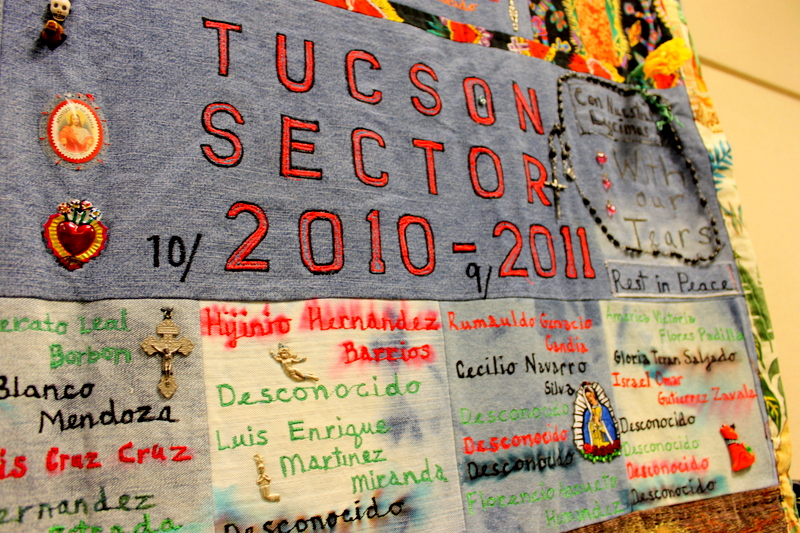 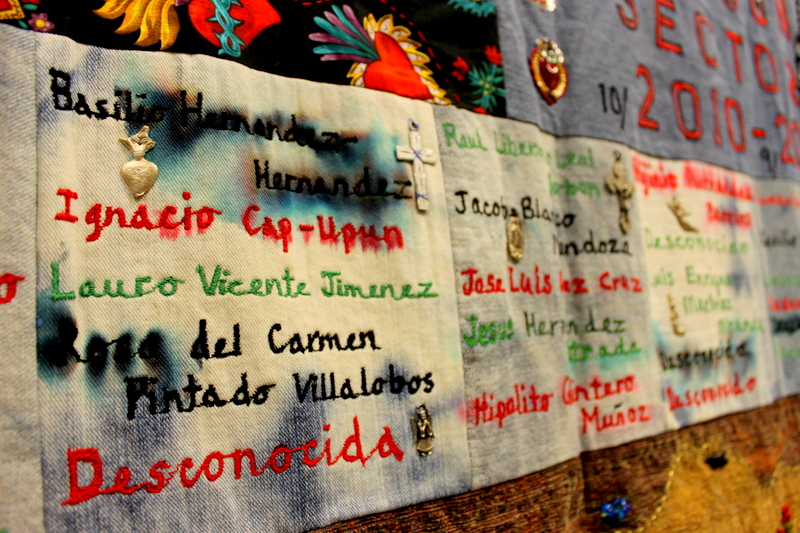 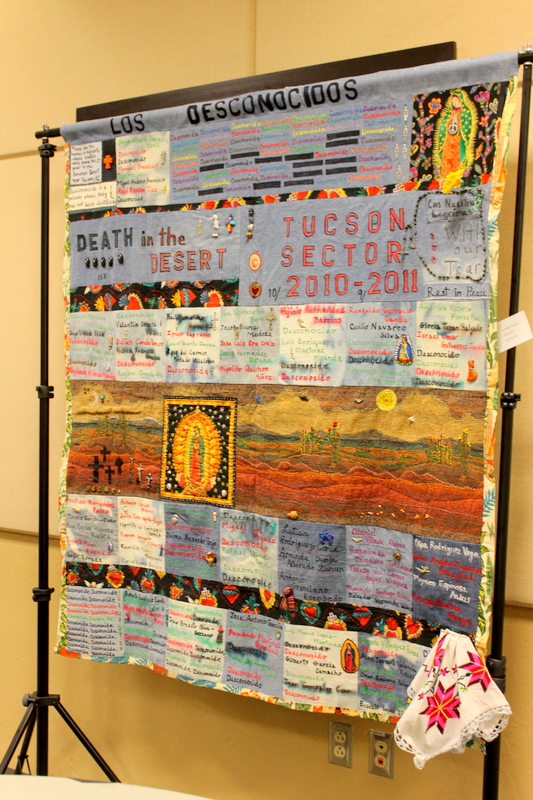 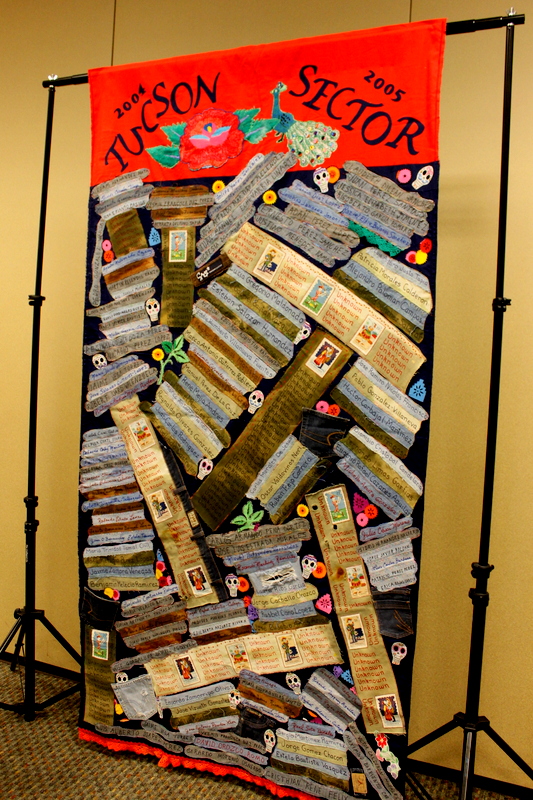 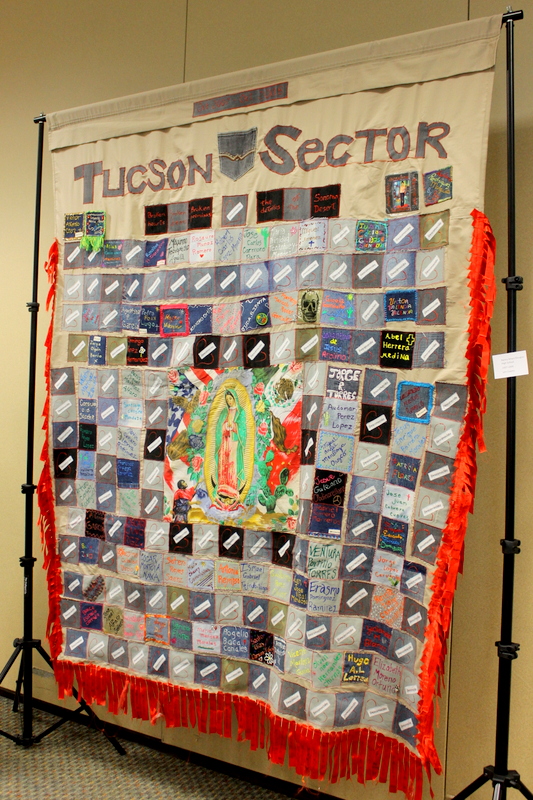 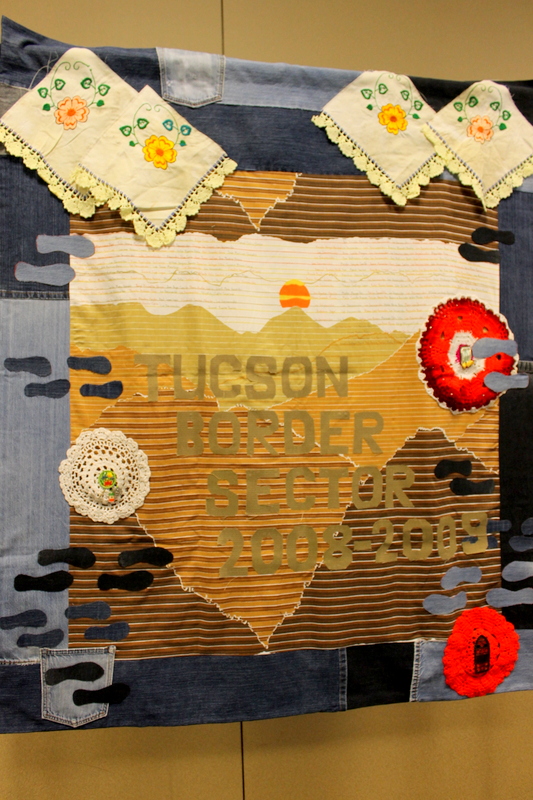