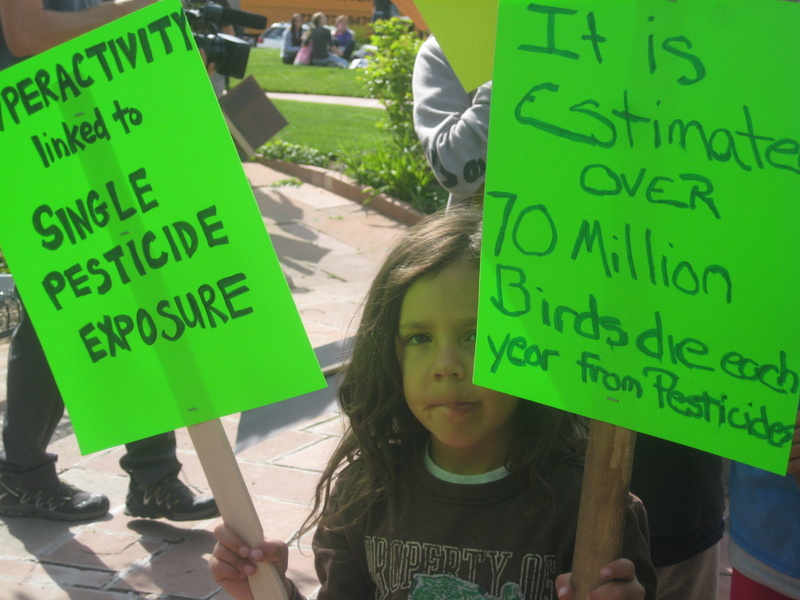 Itzcuauhtli Martinez rallies in 2010 for Boulder City Council to ban pesticides on city property. Martinez along with his brother Xiuhtezcatl are two plaintiffs in a lawsuit that hopes to hold the Colorado Oil and Gas Conservation Commission more responsible for protecting health and safety of Colorado residents. (all photos: The Nation Report)

The Nation Report staff stands in strong favor of the Martinez lawsuit to force the Colorado Oil and Gas Conservation Commission (COGCC) to more firmly consider public safety, and wishes to raise issues why the Attorney General  Cynthia Coffman is wrong in supporting a shameful appeal of the March decision by the Colorado Court of Appeals that sided with a group of Colorado teenagers.

We have been interviewing these teenagers since they were little, and had other local media done the same, we believe that it would be impossible to attempt to disparage their message by painting the young people as mindless bodies who are being “used.”  The kids are hardly being used; protecting health and safety has been their message since they were much younger.

In a recent statement published on June 4 by local media it was written, “Using teenagers as plaintiffs, extremist opponents of oil and gas development are playing a clever shell game.” The statement has so many issues.  For one, it ignores the fact that these are very well informed, educated, and thoughtful  teenagers whose very intentional acts for mitigating the failure of the COGCC to perform its legislatively mandated role has after years, finally been brought to legislative attention.

Painting the teenagers’ motives as using the two most recent explosions as an “emotional appeal” is severely hitting below the belt.   The accusation would understandably further traumatize the Martinez family who lost loved ones in the house explosion in Firestone in April, and the Velasquez family, who lost their loved one in the Mead explosion in May.  But the teenagers who brought their suit, filed long before the explosions, and have been asking the state for protections for years before the suit.

The recent editorial expresses puzzlement about Governor Hickenlooper’s decision to step back from his history of promoting the oil and gas industry in this case.  Allow us to untangle the complexities.

The overly used term “extremists” has been misapplied to describe those in the movement who work for a transition to renewable energy.  The term used here seems an attempt to describe in a pejorative way, those who are doing the work for very little media gratitude, and indeed under a barrage of media misunderstanding.  We challenge those who misunderstand the teenagers, to interview them in depth about their intentions for bringing the lawsuit in the first place.  Their handle on the broad spectrum of facts related to the history and evolution of the oil and gas industry in this state is more than impressive.

For the two Martinez kids who are plaintiffs in the lawsuit, their activism to clean up poisons in the Boulder area, goes back to at least 2010 when local school children came before the Boulder City Council to ask for a ban on pesticides in parks where they play.  They won.

The kids are saying that the COGCC has failed to “balance industry interests with protection of people and the environment.”  That balance in Colorado has seen a tip of the scales heavily in one direction over another.  That is the problem.  Testing of water, emissions, leaks, capping has not come without the hard fought work of those who do so mostly on their own time and without “extreme” wages of those who have been assigned that responsibility by the Colorado legislature.  As a media organization, we weigh more heavily the voice of those who work for nothing – and indeed often condemnation – than those who stand to profit at the expense of others. 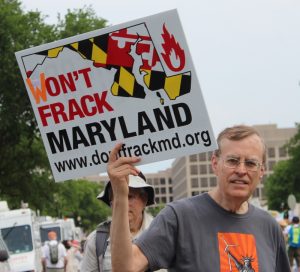 An environmental activist from Maryland marches in the Climate March in Washington DC in April 2017 to celebrate the state of Maryland’s decision to ban fracking in the state.

The state of Maryland succeeded in banning fracking in March.  At the historic Climate March in DC in April, The Nation Report asked Maryland activists what they did to succeed in the effort and what their advice might be to Colorado activists.  They said, “Always persist.  Never back down.  Never give up.”

The kids will win because they are on the right side of history.  Like many movements that have been successful in the past, it may take longer, but they will succeed.