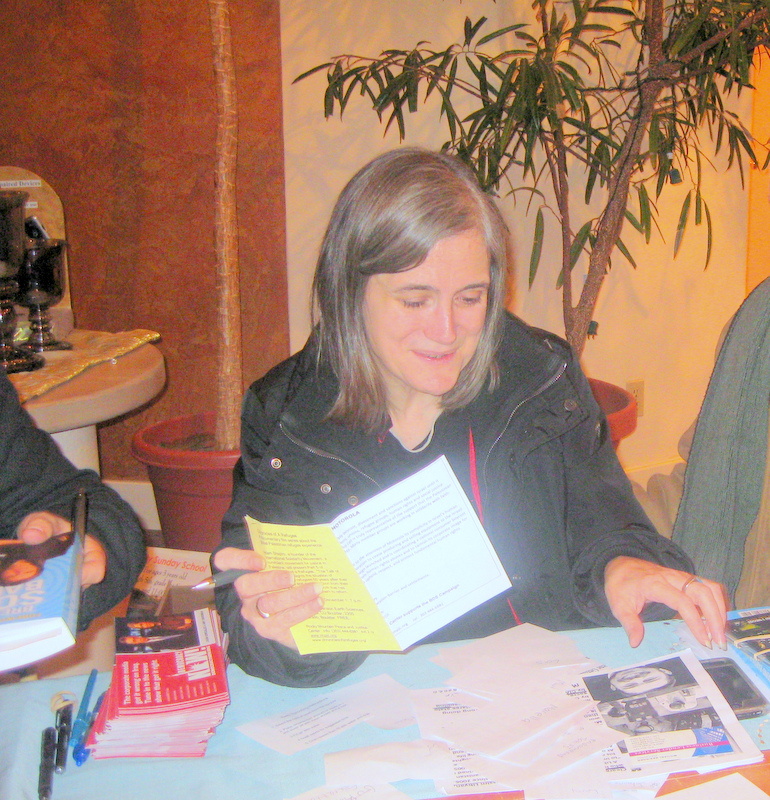 Democracy Now! Executive Producer Amy Goodman has been charged with criminal trespass, a misdemeanor after she reported from the attack location on those who are defending the Missouri River from potential contamination by the Dakota Access Pipeline near Cannonball, North Dakota.  The pipeline is under construction against widespread international opposition.  Appeals and injunctions have been filed and further construction is currently halted following an announcement by the Army Corp of Engineers that permits would not be issued.

Goodman’s specific charge stems from the news crews’ reporting on location of a reportedly unprovoked attack by guards representing Dakota Access who unleashed attack dogs on the crowd including pregnant women in children.  One child was mauled in the face and a pregnant women suffered bite marks.  Trucks transporting the attack dogs to the scene displayed the name Frost Kennels of Ohio.

Democracy Now! footage was some of the only nationally aired footage gaining widespread viewing that sparked nationwide protest including calls to the White House.  A solidarity prayer rally was held in Denver on September 8 following the attack.  The criminal complaint states that Goodman’s own video footage was used as evidence to bring charges against her as well as against Cody Hall, a leader in the movement against the pipeline and member of the Red Warrior Camp.  He is being jailed without bond but will appear at a bond hearing on Monday morning at Morton County Courthouse.