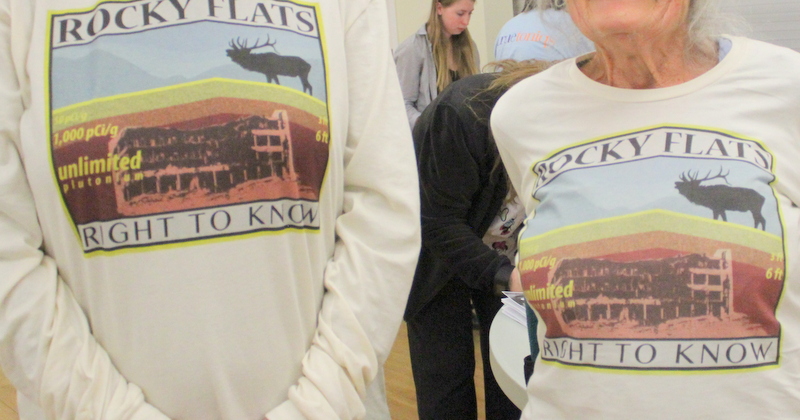 The entire nuclear cycle, from uranium mining, to nuclear power on one hand and weapons production on the other, damages the health of communities and the global environment. It is all lethal and it is all in slow motion deterioration.

Take for example, the cave-in last week of a tunnel at Hanford Site, a Cold War-era plutonium production facility turned nuclear waste clean-up project in Washington state where workers discovered a giant hole in the ground.  A tunnel had collapsed which houses an old railway used to transport irradiated fuel rods to a uranium extraction facility.  Alarms wailed and workers were told to take cover and “shelter in place,” according to the Atlantic.

Fortunately no radioactive material leaked from the hole before workers plugged it with dirt according to the DOE.  The tunnel is only one structure among many in the vast array of deteriorating Cold War-era nuclear waste dumps.  All of the old nuclear sites have the same sad story:  Clean-up of the endless toxic inheritance is underfunded and glacially slow.

Development of nuclear weapons and the entire nuclear enterprise initiated in the 1940’s to defend the country must have been thrilling for the hundreds of scientists and engineers and eventual thousands of workers who were secretly tapped to create “the bomb.”  They probably believed in their work and saw it as absolutely essential and that they were heroes.  It was a 24/7 intense race (they thought) to protect the homeland.

Now there is no thrill or excitement as scientists, engineers, thousands or workers and politicians face the mountains and mountains of toxic leftovers.  There are no national “cleanup heroes,” proudly holding badges of courage and brilliant cooperation, (except to nuclear insiders who know who is doing the work).  It’s a long, painful slot to convince and persuade politicians and the public to pay for the best possible cleanup.

Rocky Flats, our own nuclear site, eight miles from Boulder, is another case in point.  Ordinary citizens, including scientists and technically knowledgeable people filed a lawsuit on Wednesday charging that the US Fish and Wildlife Service, the site’s current manager, has failed to comply with environmental laws as they plan to create trails and a visitor’s center at the site.  “The litigation charges that the Service has not completed a required analysis of environmental risks and policy options.”

Judith Moling is a member of the Rocky Mountain Peace and Justice Center of Boulder, Colorado.