all photos:  The Nation Report 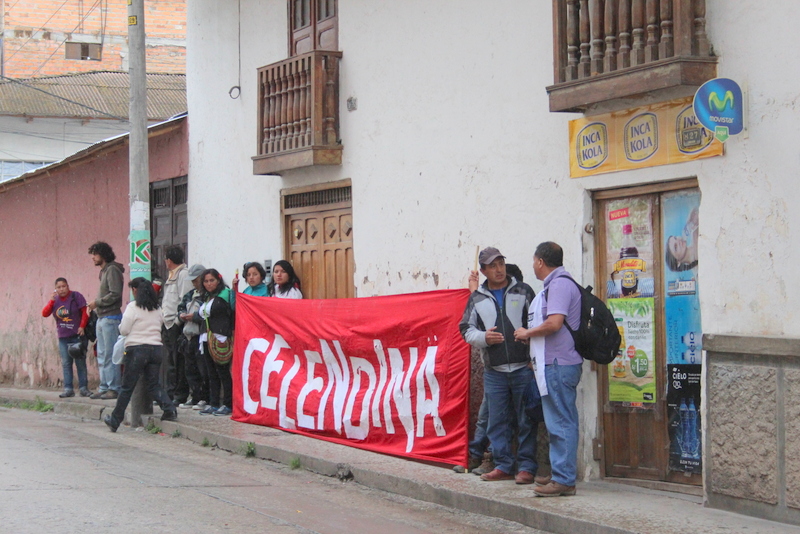 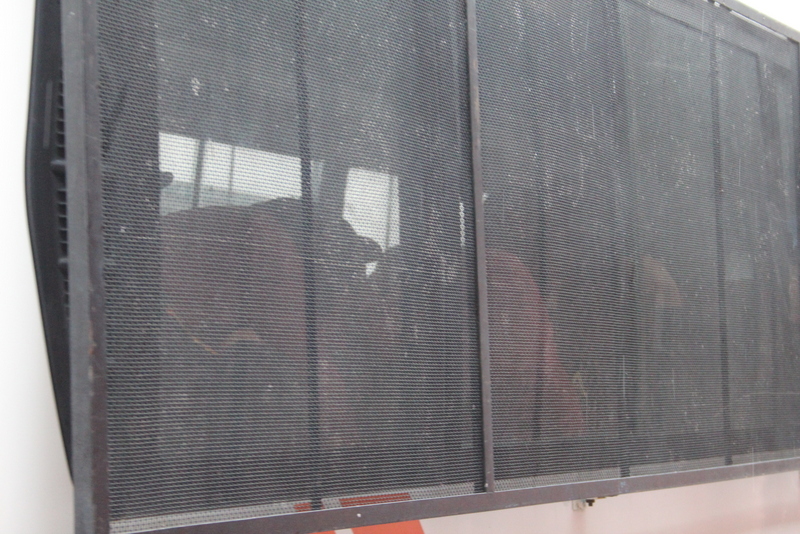 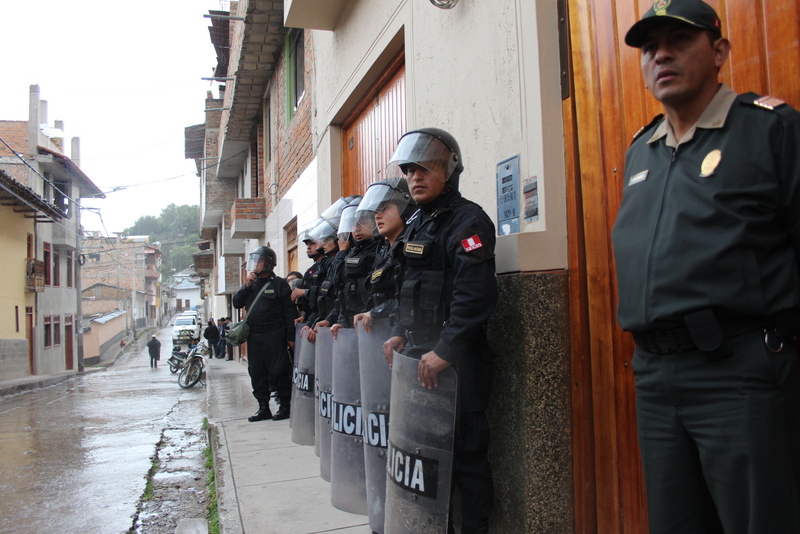 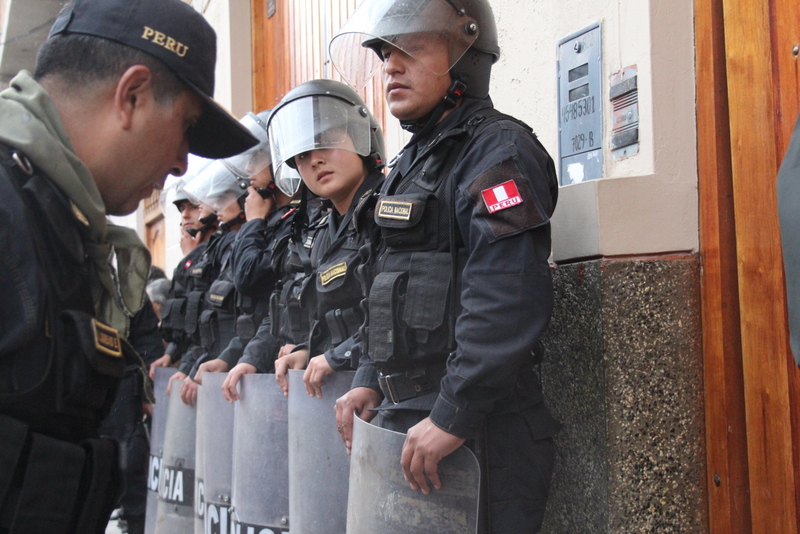 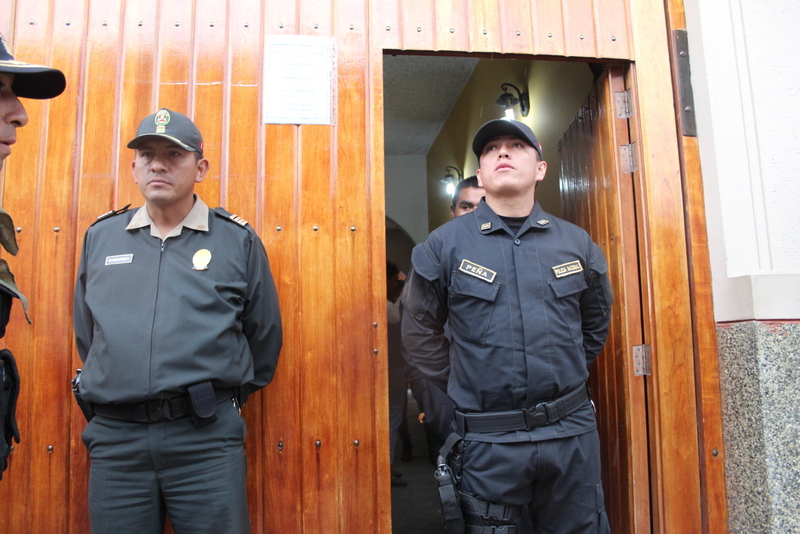 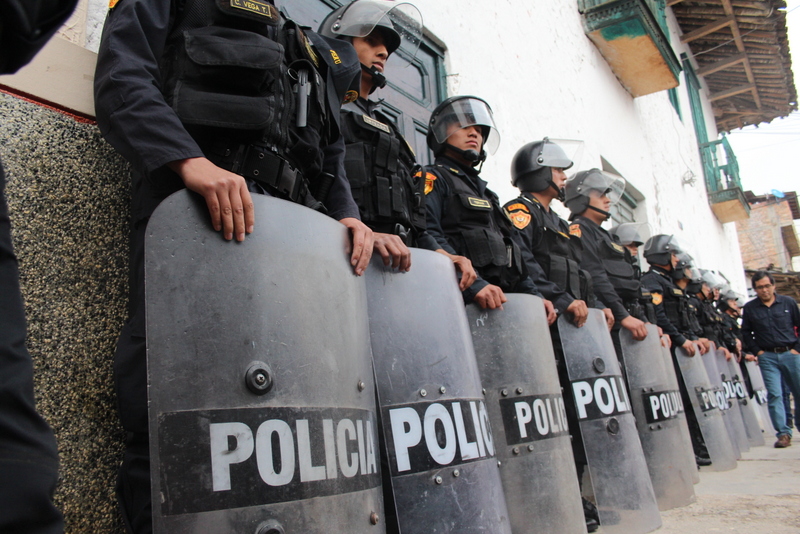 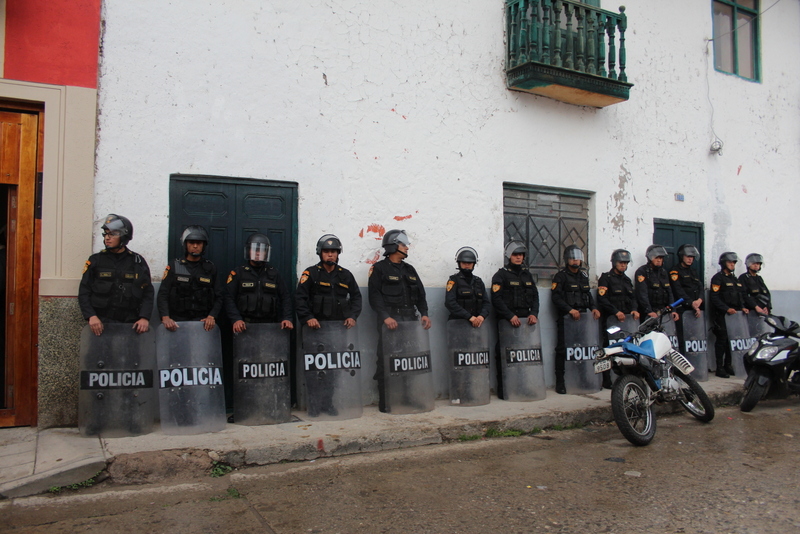 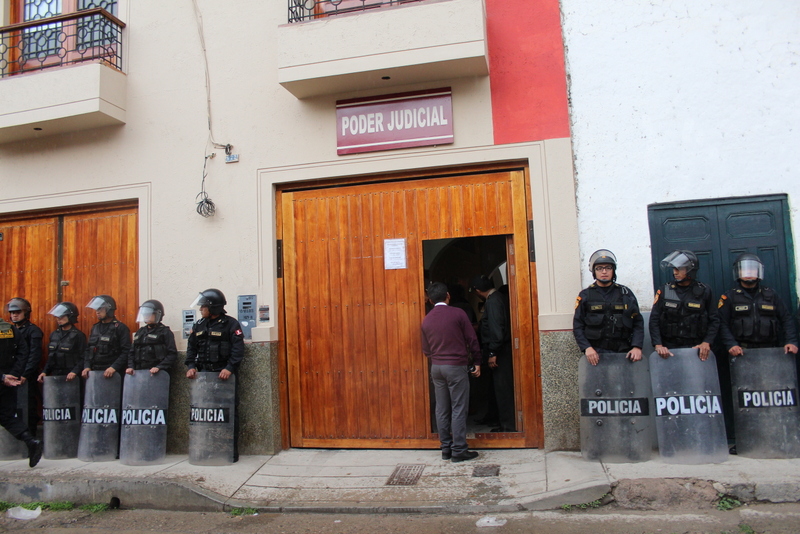 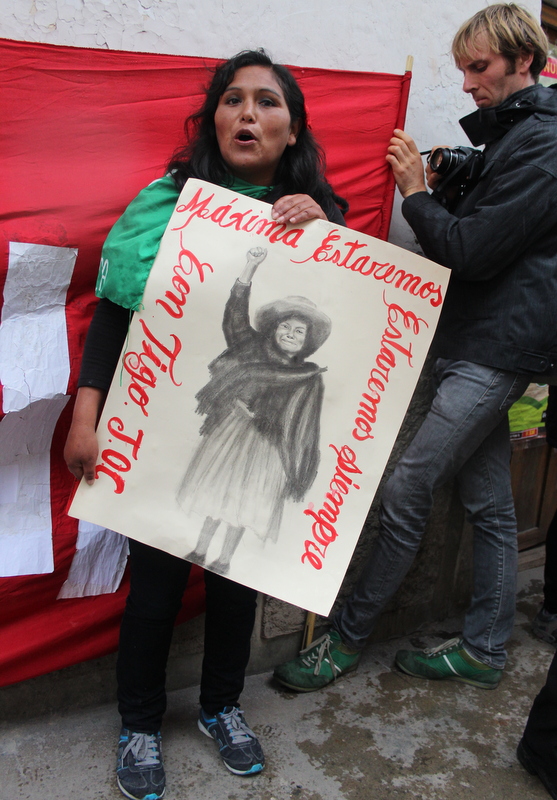 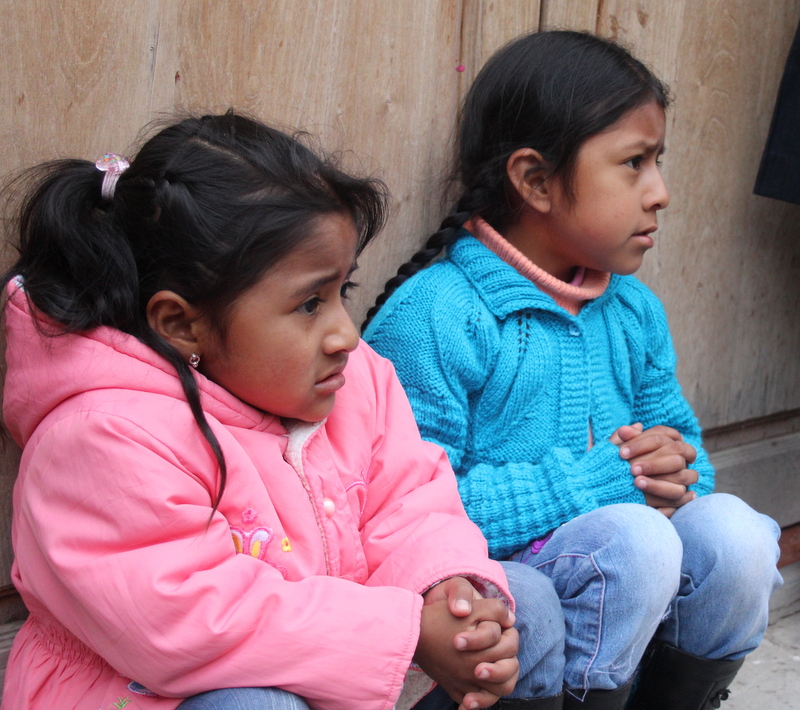 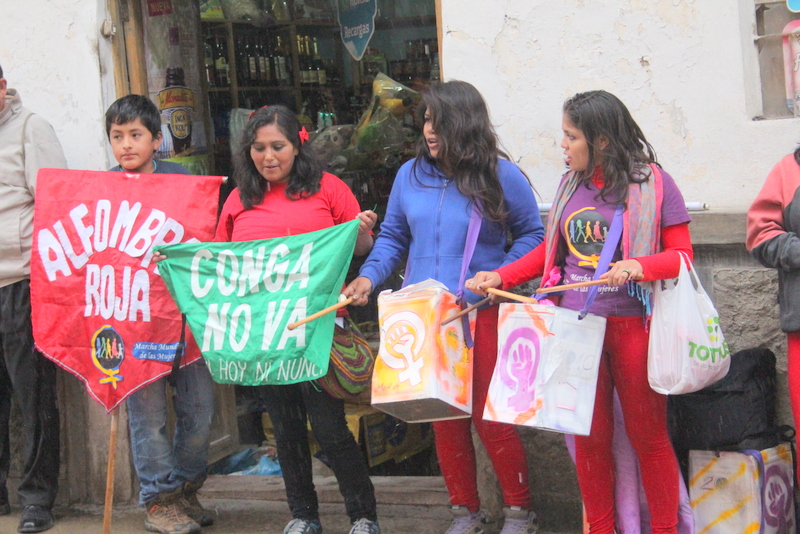 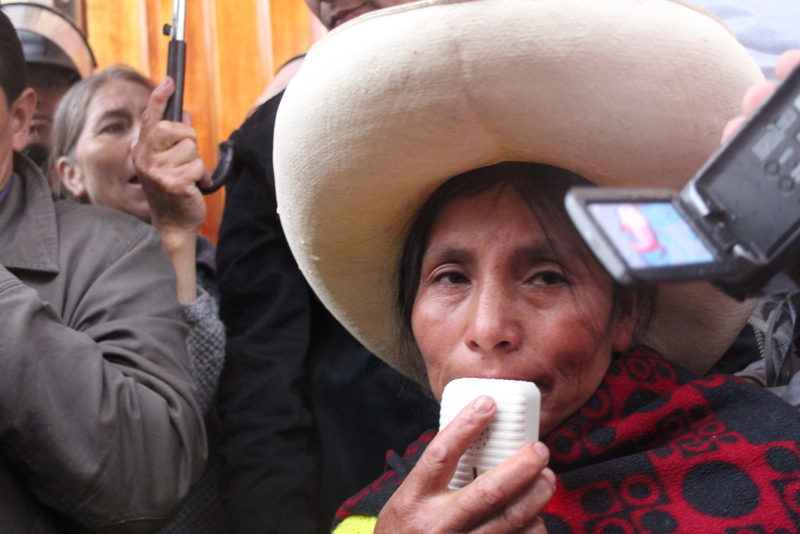 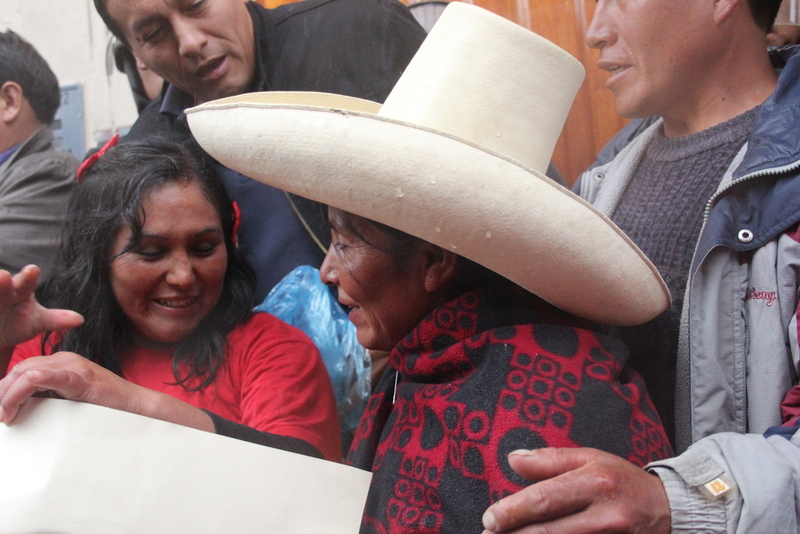 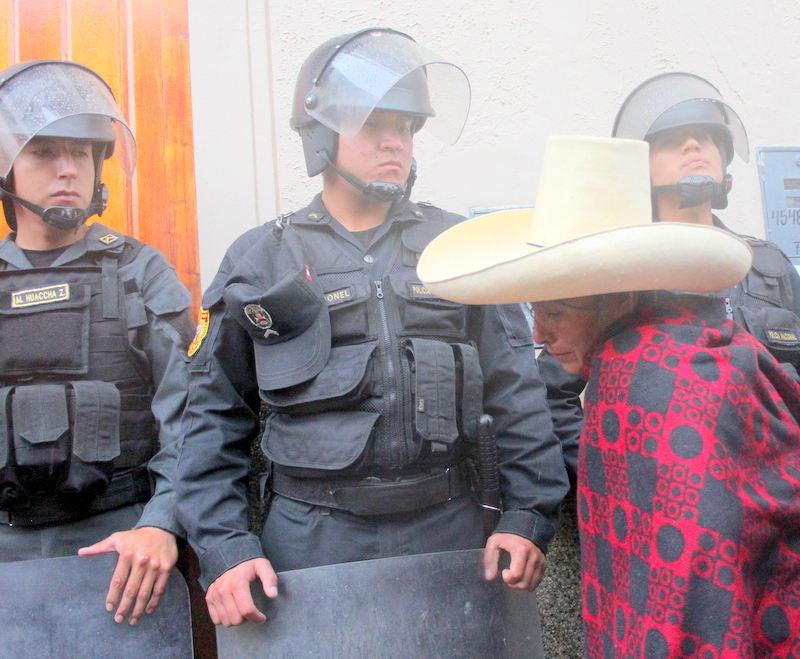 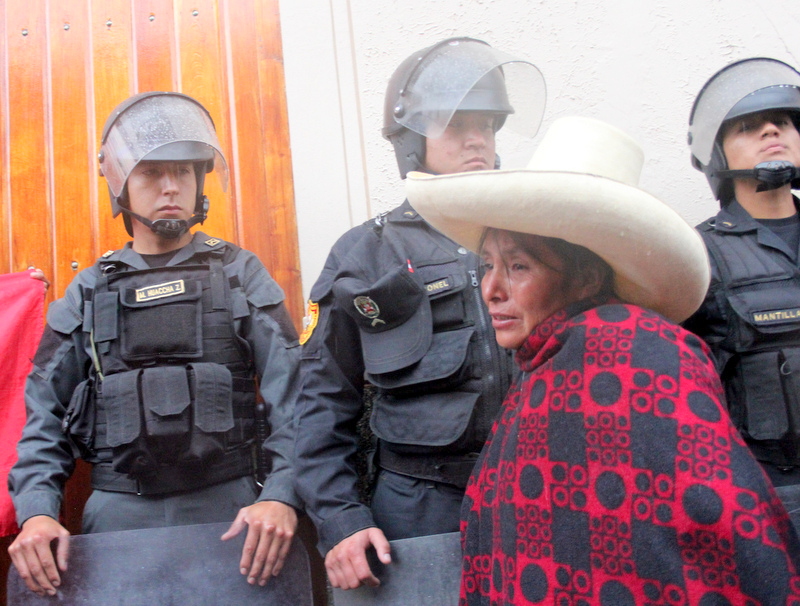 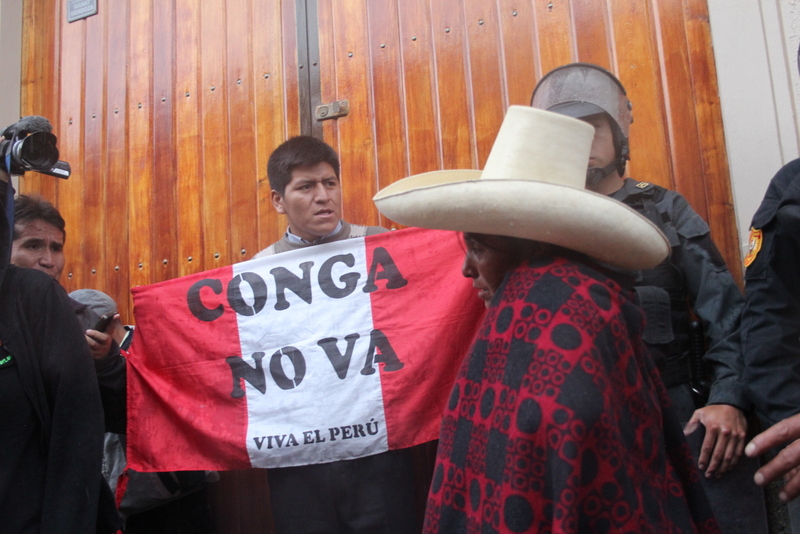 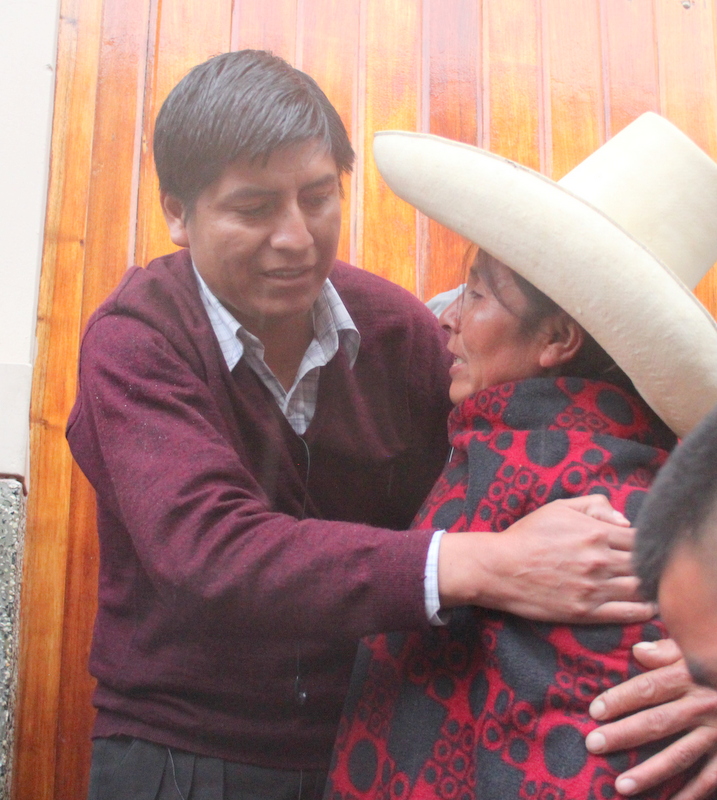 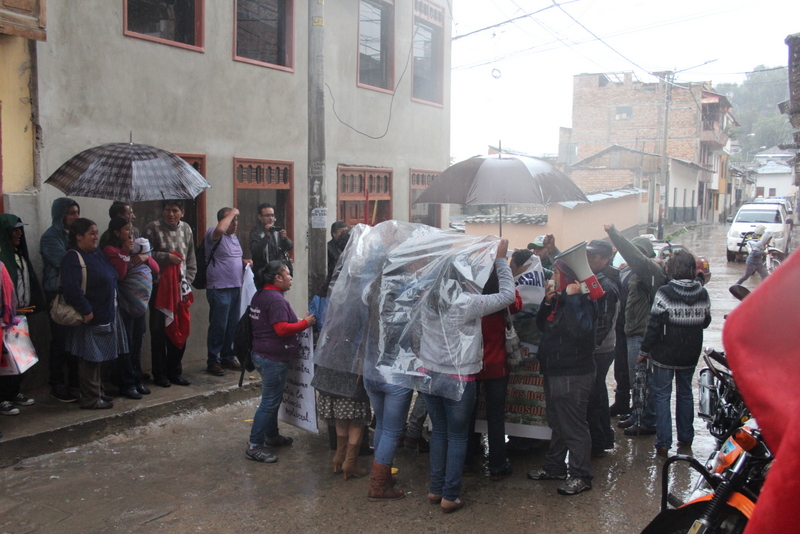 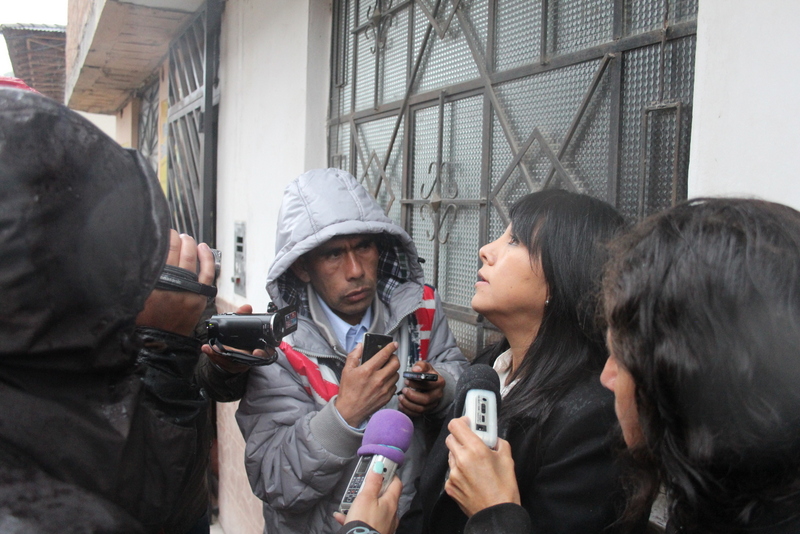 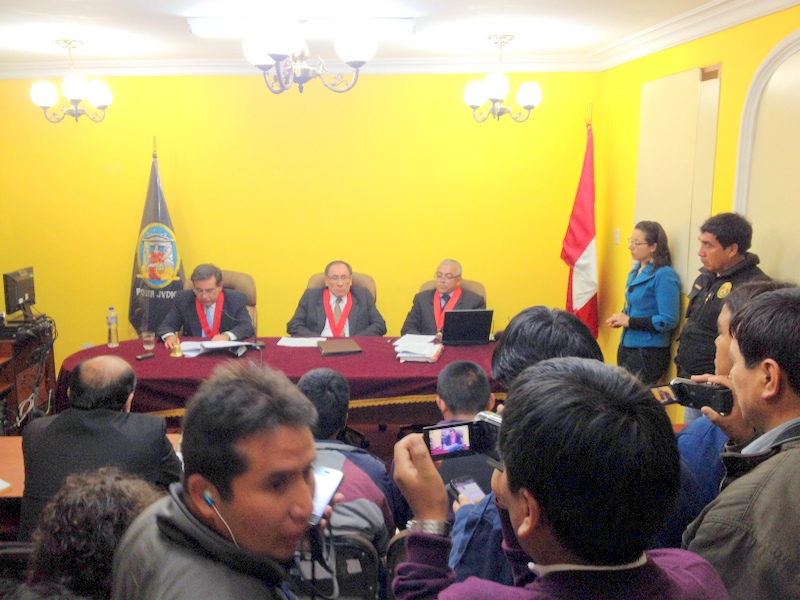 Maxima Chaupe Acuna has lived in the mountains of Peru her whole life-as well as did her ancestors-off of a small plot of land above Cajamarca,  Peru.

According to environmental and indigenous organizations, Denver’s Newmont Mining Corporation wants her land to dump waste from their open pit gold mining project.  She has refused to sell and has not given into threats, beatings, and evictions by the police, and Newmont’s own security forces.

This small community has been fighting Newmont… and has been winning.  On July 3 of 2012 4 people were shot and killed at a protest against the mine including a 16-year old boy who was shot in the head by military personnel who were hovering over the city in a helicopter.  The next day, another was shot and killed in another protest.

Now two years later, The Nation Report reports from that location- the Plaza de Armas- where the violently repressed 2012 protest took place.  Today in Cajamarca, a landmark court case reached a verdict.  Maxima Chaupe wants to continue to live off of the land.  Newmont wants her gone so the company petitioned to court to remove the family from their land.  The Supreme Court ruled that the family had rightful ownership to the land.

Here The Nation Report speaks with Lynda Sullivan who was in the courtroom which resulted in a victory for the Maxima Chaupe family:

“In reality we are so thankful that at last this has been evaluated in an objective manner-all of our actions, all of our evidence.  We have been fighting for more than four years in this process and we feel that at last, we have been heard and that there can be justice.  The court was absolutely clear, it has ruled a sentence that is absolutely fundamental and left nothing to interpret provisionally.

And we know now that the Chaupe family has had their land invaded and in addition has been violated by the police and by private security of the mine.  The mining company has said that they will invoke extraordinary legal measures.  This is a specific counter measure.  It is not an appeal.  The findings of such a measure have to prove that the court made a mistake in interpreting the law but in this case we don’t believe that has happened.  We are happy with the verdict.”

The Nation Report speaks to Mirta Vasquez, attorney for the Chaupe family:

A message for the people of Denver?

“We thank them so much for supporting us as did the international community that has stood very much in solidarity.  This situation has been unjust and the truth is that we truly believe now that justice has been served and that justice has been reached only with the support of those who have helped us expose the system of abuse here.”

Do you have a message for Newmont?

“Well I’d like to tell them that at last we have received a verdict which demonstrates and proves their abuses and now…in reality, they have to think ahead about the abuses and the people’s denouncement.  They are not going to take abuse anymore.  And that we are going to fight because we believe that we are on the right side of the law and that we have the right and we have justice on our side.”

Maxima Chaupe speaks to reporters after the verdict:

“In reality we have seen today regarding our case and regarding legal justice that really it has been our faith in god because really he determines everything including against this mining corporation and other corporations that come here and abuse us because we are poor because of our humanity.

Sometimes a person defends these rights and for that reason they try to humiliate us, and abuse our rights.

But now we are thankful and thank all of you for standing in unity with us and accompanying us.”

The Nation Report speaks to Elias Chavez Rodriguez, husband of Isisdora, daughter of Maxima Chaupe and has also been sentenced for standing with the family:

Would you tell me how you’re feeling right now?

“My name is Elias Chavez Rodriguez. I’m one of the family members that has been targeted by the Yanaocha Mining company. We want to give thanks to the people who are here today and those that have been supporting us through this struggle. Primarily, we want to give thanks to God for the judges that have acquitted us in this case. We are happy and relieved with all of the family.”

There are a lot of people waiting outside of the courtroom.

“Yes, certainly the people have always been with us. They have been here through the good and the bad.  And we continue to be grateful and we hope everyday we’ll continue fighting for what belongs to us and not- we don’t know sometimes but there are lawyers and others who guide and support us and they will continue to defend and we will never be defeated.”

Where does the struggle go from here?

“We will continue in our position. The Judges didn’t find one crime that we had committed-not one error in our case.  So we are going to continue with our just position with this in mind and with even more strength.”

Newmont is headquartered in Colorado where many of the people in Denver, Colorado don’t know what this company is doing here in Cajamarca. What is your message for them?

“Media outlets should come here to know the situation and see what Yanacocha is doing and what other transnationals are doing to our humble people. We want this information to get out.”