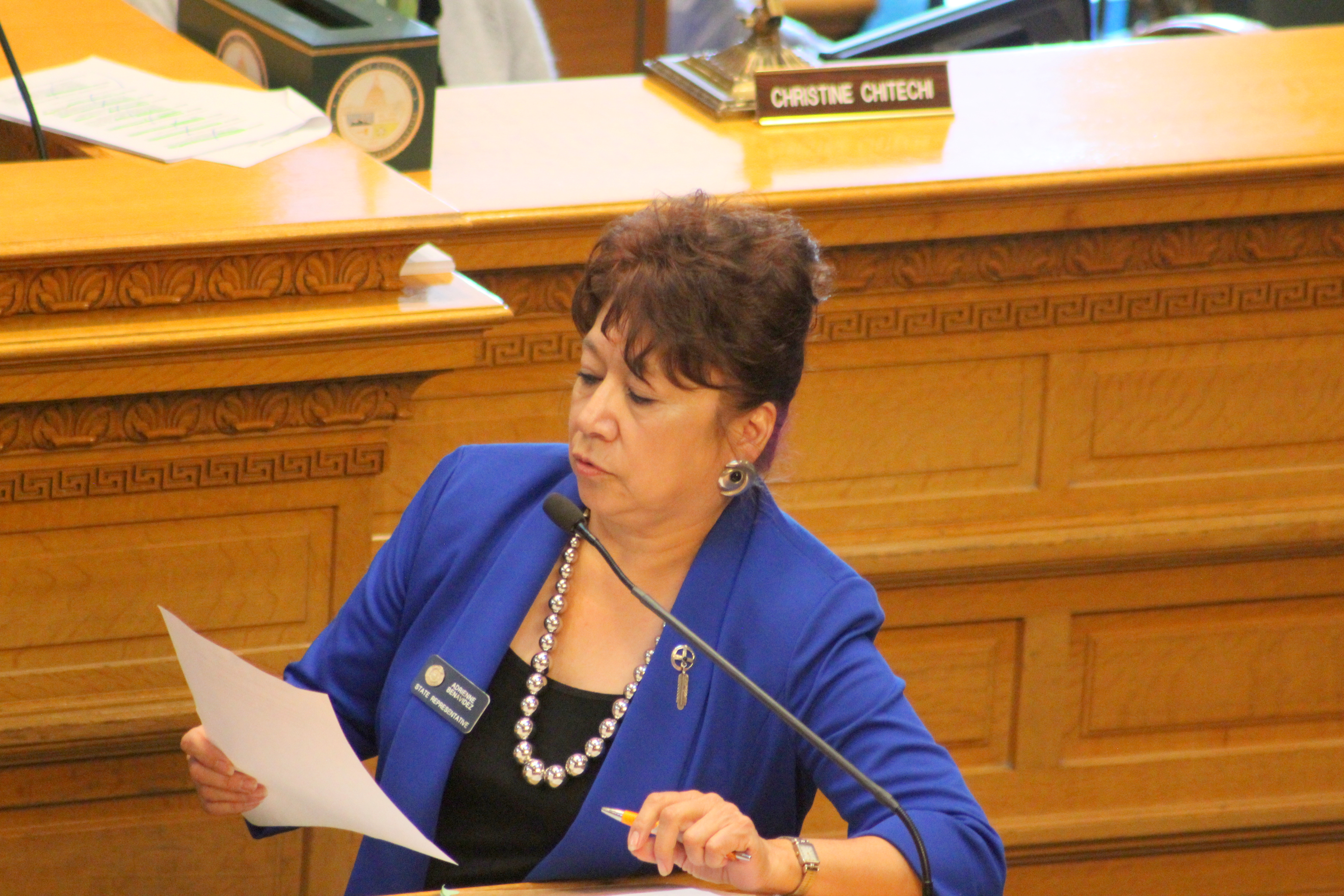 “This bill sends the right message that we are going to end this war on the poor and allow for people to actually move on in a judicial and civil-minded way.” 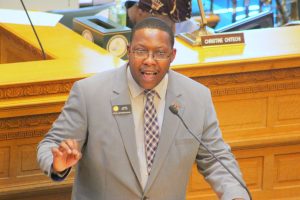 Representative Jovan Melton spoke to the House on Monday in support of HB18-1089,  No Monetary Conditions for Bond for Misdemeanors.

The bill was introduced by Representative Adrienne Benavidez (D-32) who said that she brought the bill after the summer interim committee was charged with reducing the number of people in county jails, “Our counties are spending money that they don’t really have to maintain their jails and the huge number of people that are in the jails.” 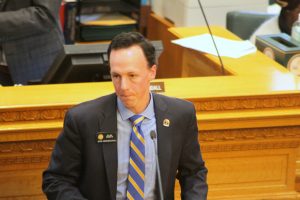 Timely bond hearings and prohibiting monetary bonds for low-level victimless crimes went into the bill with a last-minute amendment to exclude protections for those charged with multiple Driving Under the Influence offenses, because some legislators considered that group as proving a risk to community safety.  One such legislator was Representative Dylan Roberts (D-26) who said that he was an original opponent of the bill, “This amendment is important because it says some of our most dangerous misdemeanor offenders, multiple DUI offenders are no longer eligible for a non-monetary bond under this bill.  I think that makes the bill much stronger.”

The American Civil Liberties Union (ACLU-Colorado) reports a crisis situation in the Pueblo County Jail that is overcrowded at 151%, and Alamosa County Jail follows at 147% capacity.  The organization says that one low-level misdemeanor charge is Failure to Appear which cost Arapahoe County for example, $311,512 in just a 6-month period of 2017 on just the Failure to Appear charge.  The ACLU is urging support for a new bill, HB18-1081 that has been shown to reduce Failure to Appear incidents when defendants simply receive an automated text reminder of a court date. 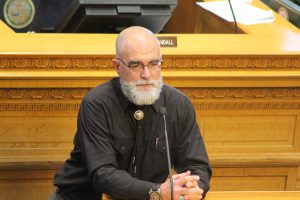 Representative Willett conceded that the bail system in the country is flawed, “Our bonding system is frankly very goofed up in the state and across the United States,” yet said that he would vote against the measure referring to those who would be addressed in the bill, “The problem is that person might still be kinda a dangerous person, even though it’s a minor offense.  So I think the intent is good.  It will have some side benefits, but if you’re really big on public safety, if you’re big on fixing the bond system the right way, I think intellectually you vote no on this bill.” 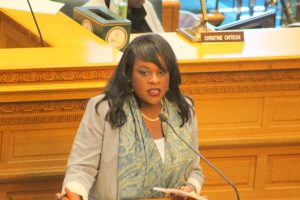 “Members, we do have a broken bail bonds system in this country,” Representative Leslie Herod (D-8) said in agreement with Willett’s premise, “[I] completely agree that we have to do more to fix it.  We should not be holding people in our jails just because of their ability to pay.  It should be based on their flight risk or risk to the community, not their ability to pay a $100 or $200 bond.” 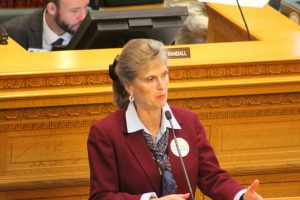 “I think like we’ve heard, that the courts make the decision,” Representative Buck argued,  “And again, over and over again, why is the state legislature getting their nose into the bail bonds issue anyway.  Already it’s one of those, if it’s not broke, don’t fix it.”

But Representative Joe Salazar (D-31) spoke directly to Buck, “To my colleague from Weld County, the system is broke. We have some problems in the system.  So it is absolutely and fundamentally broke.  And the other reason we deal with it is because it is created by statute.  It’s not a judge-created regime.  It is something that we created, and therefore when we see something that’s broke, we fix it.  So I don’t know where this concept came from that we shouldn’t be stepping into bond.   Absolutely it is within our authority to step in.  It’s not just us saying that it’s broken.  It’s the courts saying that it’s broken as well.” 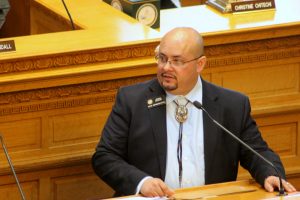 Salazar then raised the issue of constitutional challenges that could present for jailing low-level offenders who cannot pay bond, “We are in very dangerous risk of seeing this kind of system ruled unconstitutional.  It’s an equal protection problem as well as cruel and unusual punishment; just don’t continue to hold people in jail because they happen to be poor.”

Before concluding Benavidez expanded on the equal protection concept that puts the state at risk to lawsuits by those who do not have the resources to pay a bond, “These people do not go to a bonding agent.  The bonding companies do not want to post a $20 deposit for a $100 bond.  They don’t do that.  These people end up staying in jail.  Around the country, we have lost those cases based on the Eighth Amendment based on cruel and unusual punishment.”

Representative Arndt though said she was a “no” vote due to the bill’s lack of recognizing “local control” and that Fort Collins had taken a “no” position on the bill, “As a local control city, we humbly like to maintain control of what we do in our municipal courts.  We also think we are already doing this or exceeding this with special courts.  We have homeless courts, we have drug court.  If we had an amendment on here to exempt local control, I would be able to vote yes.”

Benavidez assured Arndt that the bill allows for local control, “As far as some cities, municipalties, and counties, can already use what’s called the bond schedule to preset a bond for a particular offense.  This bill does not stop them from doing that and they can continue to do that.”

Before the vote, Benavidez listed other backers of the bill, “The [Colorado Counties Foundation Incorporated] CCI, the counties support this bill.  Many of the sheriffs also support this bill, because it will reduce the numbers of people in county jails.”

The third House reading of the bill will happen March 27.