This legislative session in Colorado will decide several animal rights bills sought by both animal rights organizations, and by First Gentleman Marlon Reis, who himself has a history of defending the wellbeing of animals.

One such bill, HB20-1084 named the Humane Pet Act, was introduced on January 10 and is sponsored by Representative Monica Duran (D-24) and Senator Mike Foote (D-17).

On Monday, those in support of the bill held a kick-off party to talk about the impetus behind bringing such a bill that resembles laws that already exist in other states, or municipalities in Colorado such as Berthoud, Breckenridge, Dillon, Fountain, and Frisco.  Along with Reis, the Humane Society of the United States and Colorado hosted the kick-off. 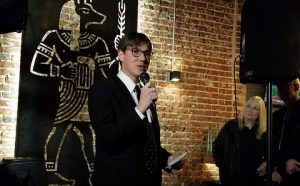 “As your first gentleman, I want Colorado to be a leader in animal welfare and animal protection, Reis told supporters, “I believe we’re leading the charge in proving to other states that we as people are enriched when we treat animals with the dignity and respect they deserve.” 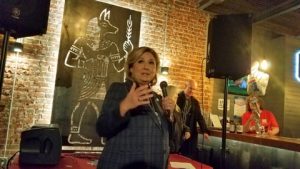 Duran also attended the kick-off and said she was led to advocacy when as a child she witnessed the birth of puppies, “Growing up, we weren’t allowed to have any animals, but when I saw the birth of those puppies, I just fell in love.  Ever since then I’ve been a strong supporter and an advocate.”

At the heart of the bill is the more humane treatment of bred animals, but not the across-the-board prohibition of animal breeding.  The bill seeks to place limitations on large-scale cat and dog breeders including a limit on the number of breeding animals a facility can keep, prohibiting wire flooring and cage stacking, a daily exercise requirement, limits on the number of times an animal can be bred, and veterinary approval before breeding.

The bill also includes a prohibition on dog and cat sales in pet stores, outdoor markets, and parking lots.  Shelter and rescue operations would also be prohibited from purchasing animals from breeders, brokers, and auctions.

The bill would not impact those who wish to buy from a breeder – even a hobby breeder –  as long as the consumer abides by these provisions.

If passed, the law would not go into effect until January of 2021 giving those marketing cats and dogs to change their business models, upgrade their facilities, or withdraw from the industry if they so choose.

Sponsors of the bill say that if successfully passed, “Purchasers will be far less likely to end up with sick and unsocialized pets, high veterinary bills, and heartbreak.”  Sponsors assert that too many inconsistencies exist in current laws.

The Colorado Department of Agriculture currently regulates the industry under the Pet Animal Care Facilities Act (PACFA).  The state reports that under current regulations, pet stores are able to source puppies from some the worst puppy mills for “improper care, sanitation, and disease control.” Inspections of cat and dog breeding facilities occurring during 2019 resulted in multiple citations for being out of compliance for failing to clean feces in cages and improper record keeping leading animal welfare advocates to draw conclusions about overpopulation in these facilities.

The exact issue that sponsors of the bill have with pet store sales is that, “Most pet store puppies are born in cruel and unsanitary puppy mills, taken from their mothers too early, trucked long distances to faraway pet stores, and then placed on a pet store sales floor and handled daily by consumers and inexperienced sales staff.”  They criticize the low federal standards placed on breeders by the US Department of Agriculture that completes a pre-licensing inspection and then continues to license breeders regardless of conditions in the breeding facility.  Overcrowding, animals in cages that restrict movement, and overbreeding of animals led animal advocates to bring the bill to the state legislature. 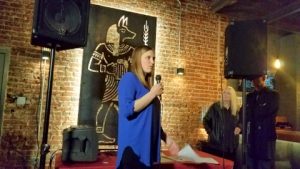 “We’re not putting anyone out of business, we’re just asking them to have a more humane model,” said Amy Jesse, Director of Public Policy for the Humane Society’s Puppy Mills Campaign, “It’s almost impossible to take care of that many animals.  We’re talking about hundreds of breeding animals in one facility.”

Reis cited other issues with breeding facilities that sell to pet stores.  In December, the Centers for Disease Control and Prevention (CDC) announced the investigation of an outbreak of Campylobacter — a type of bacteria that causes diarrhea — that is linked with pet store puppies.  This illness proved to be transferable to humans.  Reis also reminded of the recent deaths of 19 puppies in a Westminster pet store that within a month, all died of distemper.

“It’s a bold step forward in establishing long needed protection for the dogs and cats that have suffered unseen as part of the underground pet trade.  The bill reflects lessons learned from communities across our country that have worked to create comprehensive solutions to the puppy and kitten mill problem.  It combines the best of what we know from science and experience both from a policy standpoint and from an enforcement standpoint.  Enforcement is key.  Too often our culture has reduced animals to products with a monetary value, but those of us who have cherished pets as members of the family know that they are not just things to be bought and sold.”

Reis would like to see the culture of acquiring pets to move away from the purchasing of animals, “There’s no reason for pet stores [to sell animals] when there are animals waiting to be adopted in shelters and rescues.”

“It’s truly up to us to be their voice.”